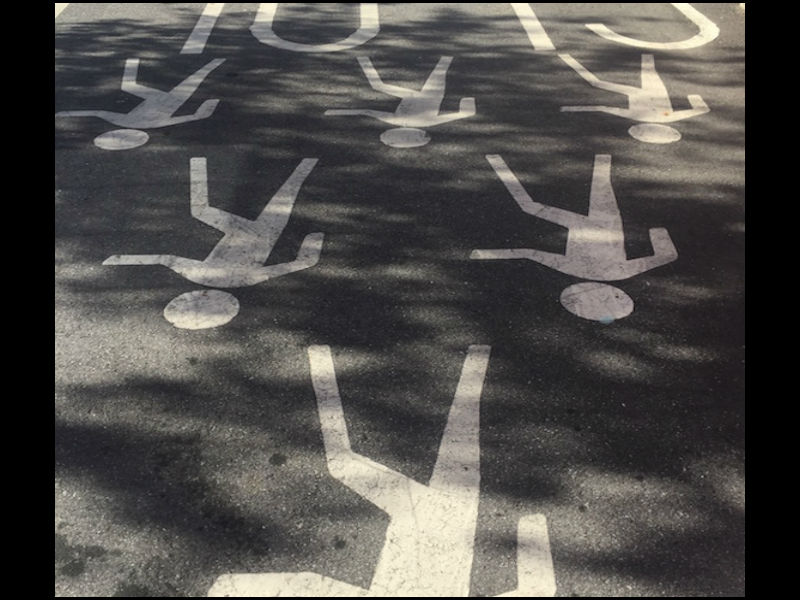 What is it about them that shoots a brief goose of fear into my bloodstream? Is it imminent threat sounding in the revved engine? Derision caught in side-view mirror snapshot? Or plain old disdain drumming its fingers on the driver's side door? A little of each. One barrels past me as I walk my dogs through our suburban neighborhood, not slowing or moving over. Another swerves around me on a bend then meets my upraised hands with a jutting middle finger.

Just yesterday, a man steps around me in line and interrupts the conversation

I am with an acquaintance, who is showing me a photo of his five-year old boy holding up a large fish caught in one of the Biltmore ponds. The man behind me says,

“That a bream?” He’s got a smile on his face that I read as hostile. He wants me gone.

But the father ignores the man, finishing his sentence about the peaceful lake and how quiet it is out there with his boy. “Almost mystical,” he says. The man interrupts again, smile getting bigger. “Hey, Mike, that a bream your boy is holding?” Mike turns to his friend and busts into an equally large smile. “Hell no,” he drawls, and starts listing all the fish his boy has or could have caught. I don’t fish, so I don’t follow. Nor can I make clear sense of the quick-fire exchange. The two men have fallen into a bravado-fueled, friendly back-and-forth—it’s as if they’re flashing each other signs or showing each other their good-old-boy badges. I feel as though I am being erased from the moment, No Trespassing signs staked at my feet. The men chat and laugh in the corner, and I slip back in line.

Later, at dusk, one more truck appears; it slows to a crawl and follows me up the street. I’ve had enough. I turn to face my nemesis, who rolls down the window. “Whadya want?” The man smiles, remains silent. There’s power in a comfort with silence. “How old is that dog of yours?” he asks, leaning out the window. He’s talking about the lab, just a puppy, bounding over and standing up into the man’s arms. He laughs, rubs the dog’s head. “I just put my old gal down last week. Just about killed me. Think I might get me a new one.” The look in his eyes is pure sadness, pure love.