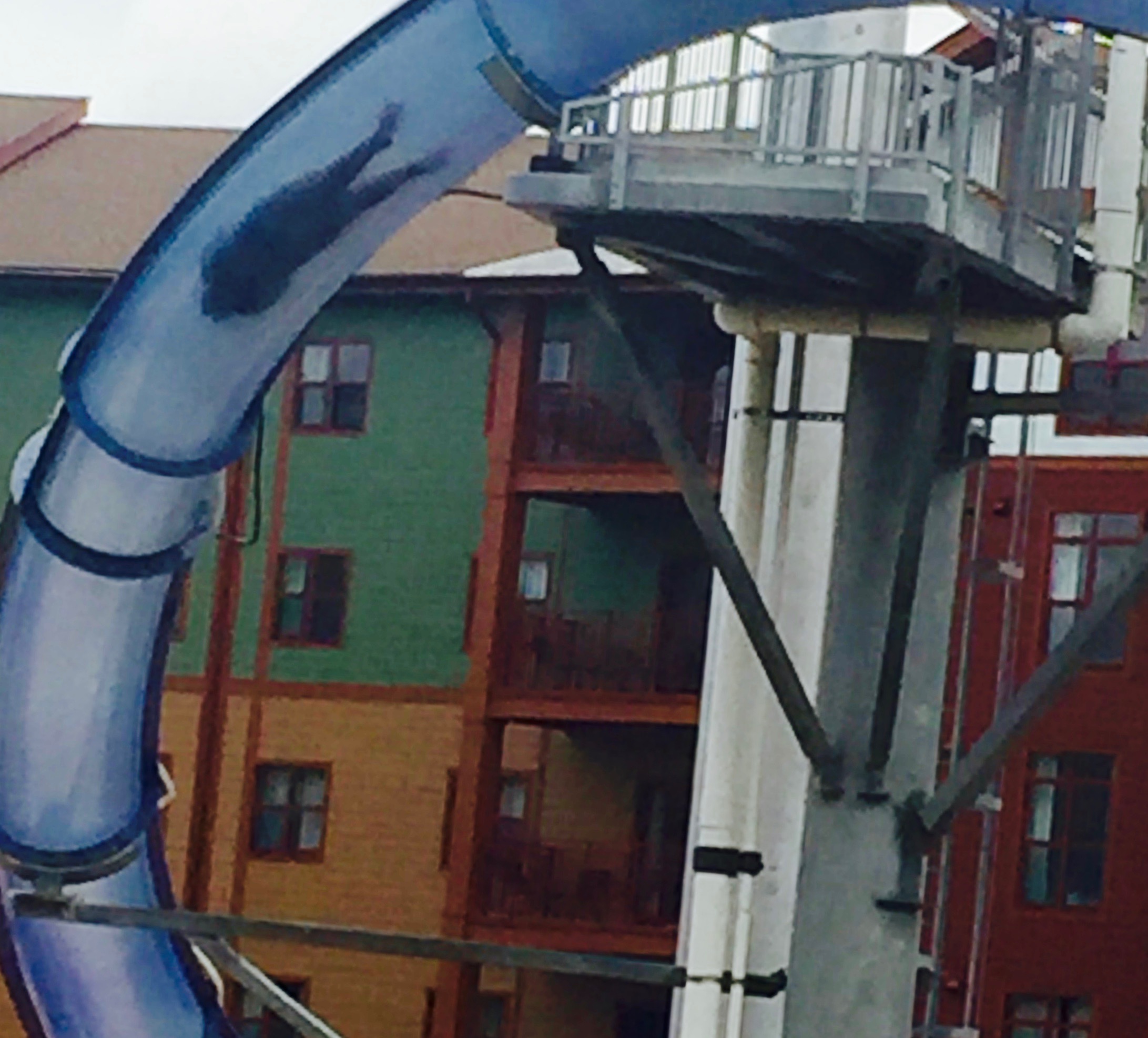 The sudden downpour that cleared the decks has packed up and moved on. The sun blares down. The speakers blast Counting Crows’ “Mr. Jones.” Families troll past in swim trunks, teens move in small packs, on the lookout for a brand of adventure they will not find here. The young lifeguard is moving so deeply inside a bored loop—eyes scanning the empty pool in a prescribed route—I worry after his mental health. A job’s a job, I know. A man behind the pizza counter (white) laughs with two women (white and Asian). He has drawn a picture of the Asian woman, who says, “The eyes are too small.”

The other woman tells the man, “If you draw me, I’ll slap you.”

When the first woman turns to a task, the man alters her drawing, showing it to his coworker. “You’re mean,” she says. He balls it up and throws it a way, laughing.

Earlier this morning, the shuttles were full of employees; the halls empty. Now we’re in full swing. I wait at the bar for an overpriced beer. The boys have joined the line for the Vortex, egging each other past their cartoon fear.

My boy says, “I heard if you don’t weigh enough, you’ll get stuck.”