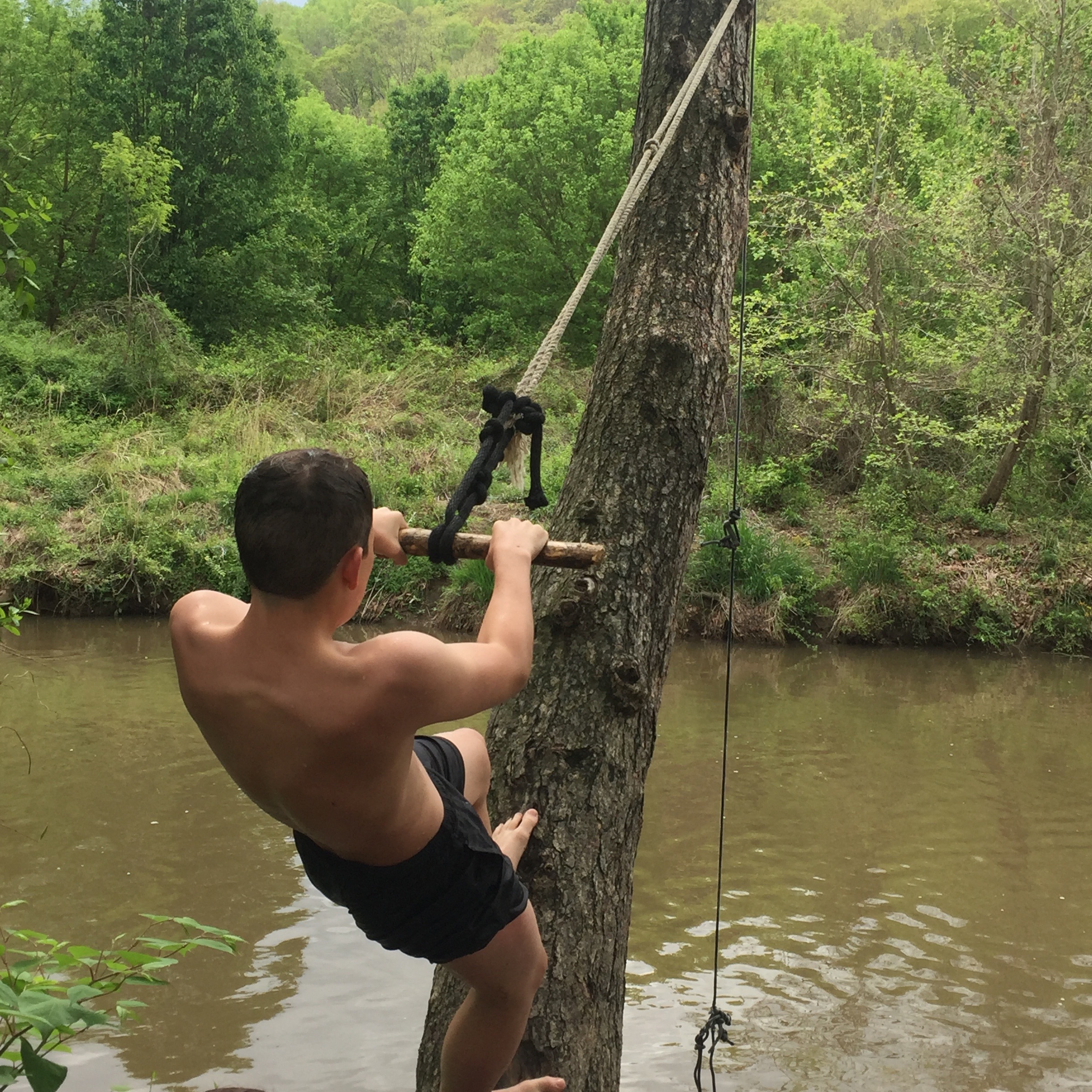 There are two homeless men down at the swimming hole. The place is usually packed on weekends: an entertaining, always slightly chaotic scene, with whole families out with their dogs, packs of young shirtless men nursing coolers of beer and taking turns napping in the bushes. There’s a manmade sluice built into the riverbank, with huge river stones arranged on both sides. Young kids often wedge their bodies up into the first waterfall, letting the current pulse over them before letting go and getting carried downstream.

But this morning, water high from recent rainfall, Avery and his buddy have the place nearly to themselves. They take turns jumping off the rope swing, waiting until the top of the arc to let go (so as not to land on the two boulders visible in the water below). They dive for stray golf balls in the deep end, knowing they end up there after a long journey downriver from the driving range. On the far bank, a man uses a long green hose to siphon water into some sort of tank; it’s hard to tell if this is illegal activity or the standard morning fill-up.

One of the men jumps into the muddy water, floating for a moment like a big white bear.

His friend, who has yet to step out of my peripheral vision, snorts his disdain. I think he wants us out of there so he can get stoned or maybe even shoot up. When we finally head back to the car, the men have disappeared into the bushes. The weekend crowd has started to arrive. They climb out of their cars on the edge of the field, lugging plastic rings and towels and transistor radios, speaking to one another softly in Spanish. They will stay until sundown.