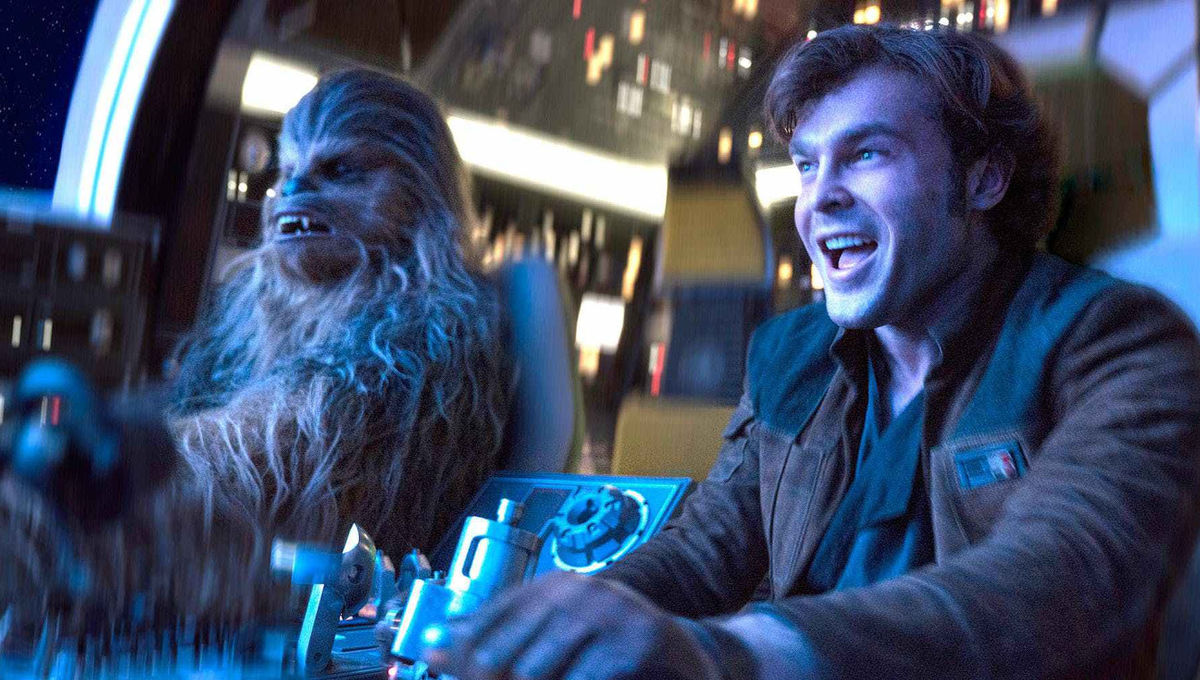 Solo is faring better critically than I thought it would. I wouldn’t have been surprised if it had been ripped to shreds. The entire film is one hell of a risky gamble, and I give props to Ron Howard for picking up the reigns. He didn’t make a terrible move, but he didn’t make a great on either. Let’s face it, Han Solo is one of the most iconic and beloved characters in movie history. Fans love him. Hell, I love him—but did we need an origin story? Were his boasts about the Kessel Run and winning the Millennium Falcon from Lando in a card game enough? I think they were, but I guess the powers that be thought different.

Here’s what I didn’t like about Solo: Han is a braggart and an iconoclast. In the original films, he lets loose here and there some tidbits about his past in his usual boastful and cocky way. It’s not a lot of info, but it’s enough to make us wonder if he’s full of it or telling the truth. He’s got us intrigued from the word go. In Solo we’re shown all of these instances in great detail. All of them. And they’re all connected to each other—it’s all part of the same job, which seems unlikely to me. Unfortunately, there’s not a lot of mystery about Han left from the original trilogy. They’ve shored it all up. All his cocksure stories have now been revealed. What’s left? Even worse is that I found many of these exploits to be anti-climactic. Meeting Chewie should have been monumental, but it’s treated as no big deal. Same with Lando.  The big Kessel Run sequence is confusing and extremely drawn-out for something that is supposed to be some sort of impossible record breaking speed achievement. It’s strange to me that the big moments of lore are the worst parts of the film. On the other hand, the coaxium heist on Vandor is a clinic on how break-neck action should be handled. And the World War I style trench warfare on Mimban was nothing short of spectacular. Why the discrepancy?

It’s not all bad though. What I was most afraid of was the inevitable harsh criticism that would leveled against Alden Ehrenreich. Stepping into an iconic role is a daunting task, and we’ve seen it backfire in the Star Wars franchise already (poor, poor Hayden Christensen). But Ehrenreich thankfully isn’t terrible. At no point did I think “he’s really nailing it,” but when you walk in half expecting the worst, “just fine” is a welcomed surprise. The rest of the cast hits their marks too. Donald Glover is phenomenal as Lando Calrissian (originally played by Billy Dee Williams), and Emilia Clarke’s Qi’ra is also up to the task. Woody Harrelson as Han’s mentor/father figure, Beckett, is about what you’d expect out of Harrelson, meaning no there’s no harm done. We get more Chewie than usual (Joonas Suotamo), which is a big bonus, and even Warwick Davis makes a cameo. Not bad.

Solo biggest flaw may lie in its predictability. We’ve seen Han’s arc form rough-around-the-edges space scamp to hero of the rebellion in the original films—why is it being rehashed here? It’s the same arc. An attempt at settling the “who shot first” argument is made, which I suppose is meant to show that Han is cold-blooded, but it’s immediately followed by an unselfish act of good will. Just who Han is at this age is questionable—and somewhat confusing. 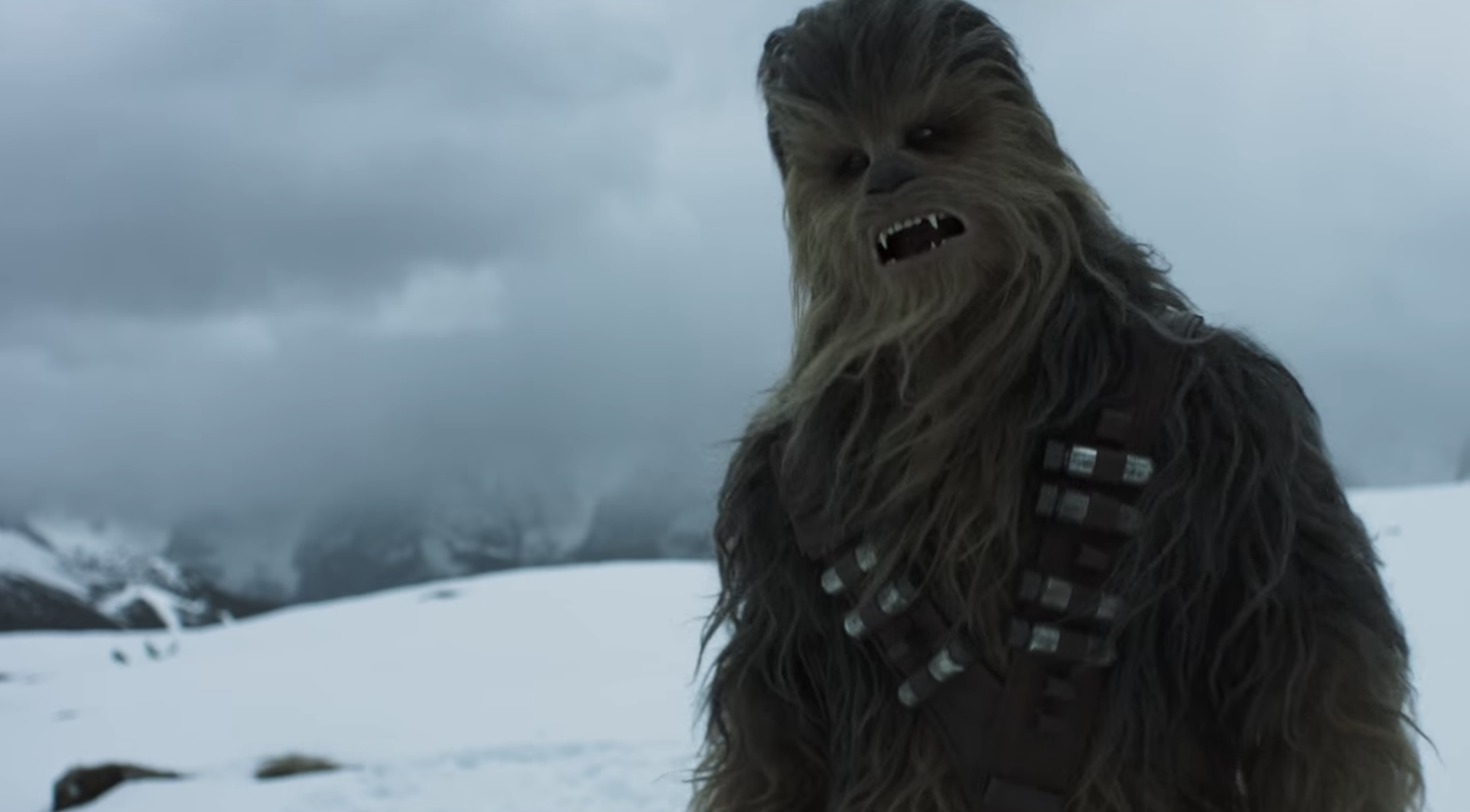 I have no doubt there was a lot of nail-biting and breath-holding leading up to Solo's release. I can picture fans with fingers crossed, hoping that Solo would at least “not suck.” Well, it doesn’t suck, but it’s nothing to write home about either. I hope they make another one, and I hope it’s better (Lawrence Kasdan, I know you have it in you). It’s a big galaxy, I’m sure someone can put together new story for old Han and Chewie. One that lives all the way up to the name Solo.

Solo is now playing at Grail Moviehouse and other area Asheville theaters.