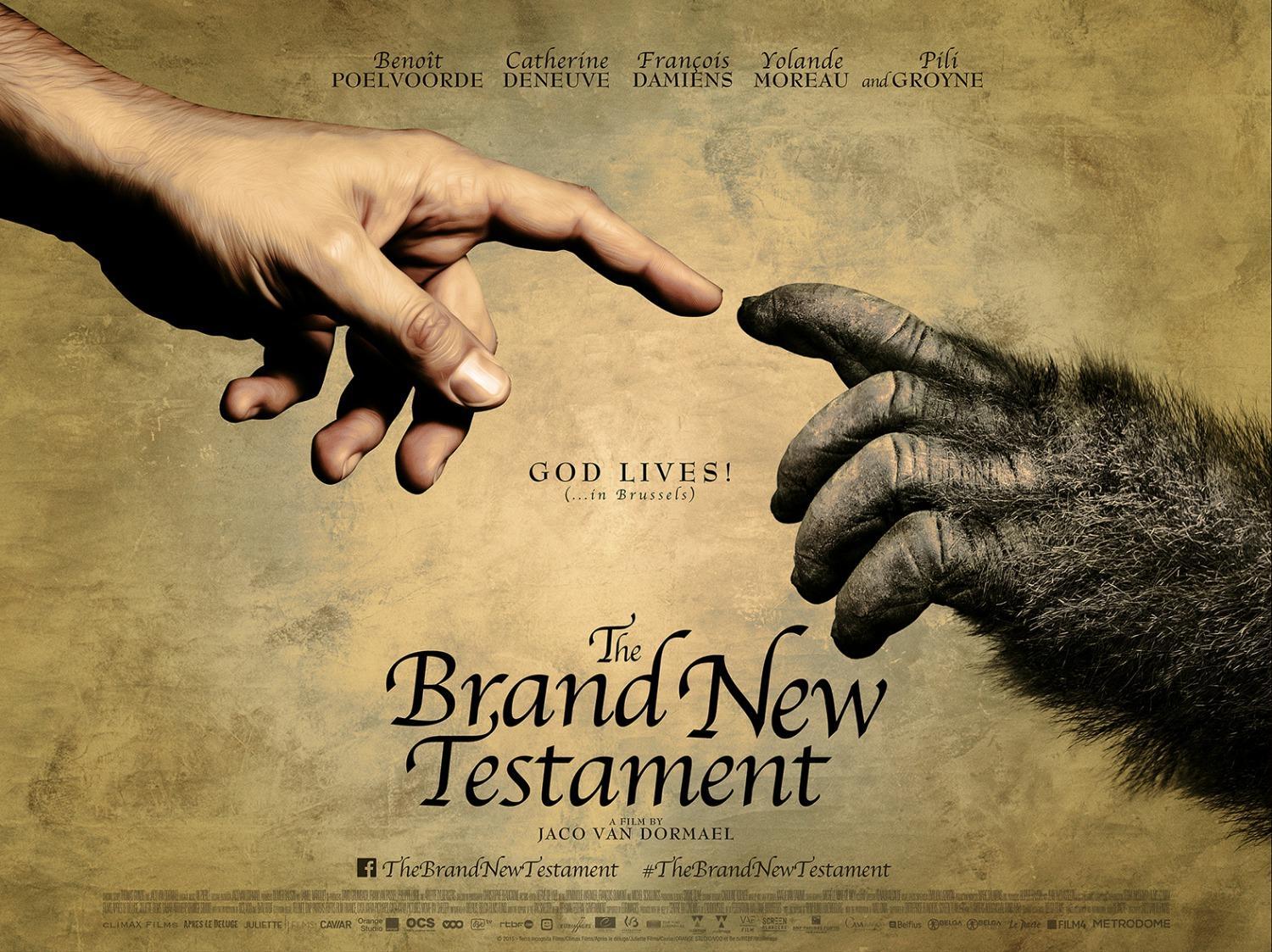 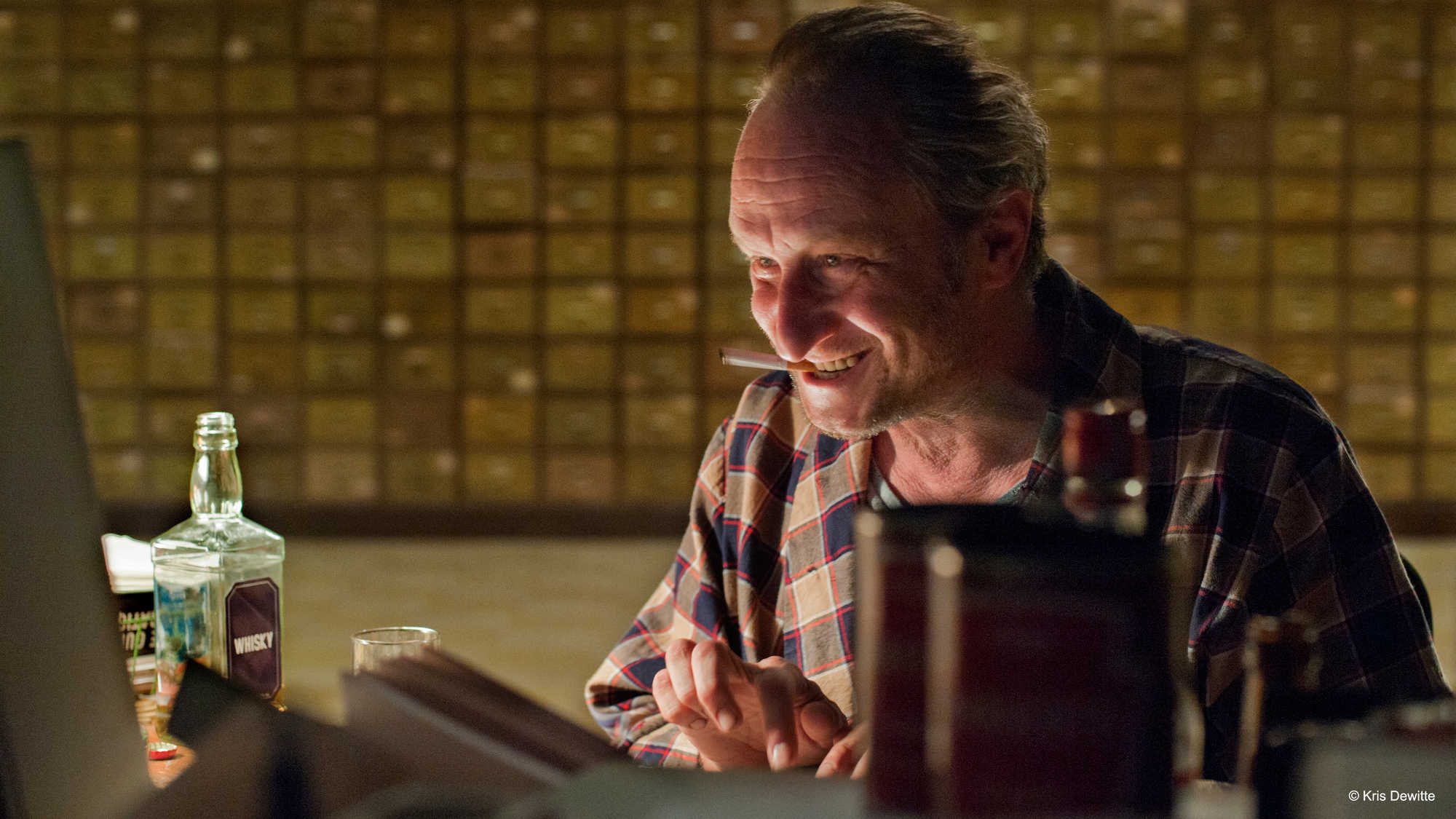 God lives in a three-bedroom apartment in Brussels with his wife and young daughter. He is a chain-smoking, drunken lout whose only joy in life is pestering his family and mankind alike. He spends his days writing “Universal Annoyances,” a series of laws whose purpose is to irk the humans that he has created out of boredom (toast falls jelly side down, the other line always moves faster, that sort of thing). God truly enjoys being a nuisance and a jerk.

Apparently, God’s son, JC took off years ago, leaving mother and sister to deal with him on their own. The daughter, Ea (a wonderful Pili Groyne) has grown tired of her father’s bullying and is determined on revenge and freedom. After consulting with a statue of her way cool, older brother (David Murgia, a very hip, laid back Jesus), she hatches a plan for escape. This plan includes releasing the dates that everyone on Earth is going to die, via text message.

JC suggests that she assemble six apostles and begin work on a new testament to the Bible. There’s the premise and the set-up. Now our adventure begins. 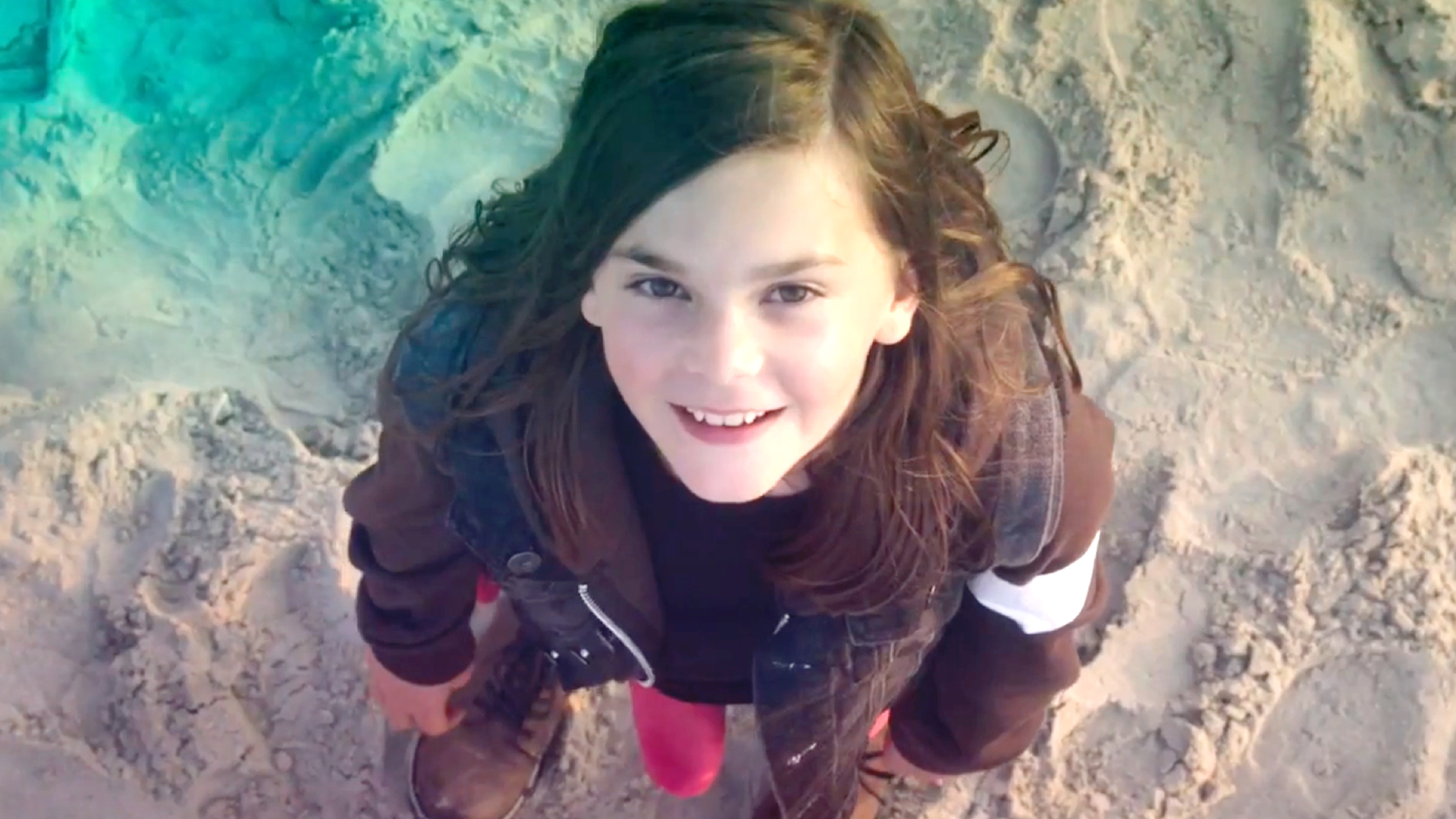 And it is an adventure. God (Benoit Poelvoorde) emerges from his apartment in pursuit of Ea only to be immediately pepper-sprayed and beaten up. In fact, he gets beaten up by almost everyone he meets, including a priest! He falls victim to the very annoyances that he himself decreed as law, and can’t do anything to stop it. In the real world, he is powerless.

Ea tracks down her apostles and hears their stories, which are to be the brand new testament to the Bible. They are penned by Victor (Marco Lorenzini), a homeless action movie buff who isn’t very good at spelling. Victor and Ea help these six new apostles realize their worth and their place in the world.

Her non-judgment of these flawed humans is interesting in that many of them would be considered hell-worthy sinners by most religious folk. She seems unfazed by their societal shortcomings and helps them embrace who they truly are. She’s more like her brother than her father, that’s for certain.

There’s no doubt that many will find Testament offensive or blasphemous. I, for one, am fine with this. At no point did the film strike me as mean-spirited towards religion. However, I’m sure many will find it openly hostile to their sacred texts and weekly rituals.  Its comical alternate history of Genesis is very akin to Mark Twain’s Excerpts from Adam’s Diary, in which Adam goes about naming things and generally being pestered by the arrival of Eve. If anything, I hope the religious side of the aisle can read what the film is really saying: that we all make mistakes, that we can all find redemption, and that we are all capable of good without the offer of reward or the fear of punishment. We’ll see.

Not unlike the films of French director Jean-Pierre Jeunet—Delicatessen (2001), City of Lost Children (1995), or Amelie (2001)—Belgian director Jaco Van Dormael favors a fanciful world based on whimsy and clever coincidences over anything grounded in reality or science. The story is told from the perspective of a ten-year-old girl who had never been allowed to leave her apartment. Therefore, this new world on the outside is what's magical to her. Ea can perform minor miracles (like making ham sandwiches multiply in number), but it’s the people meets and the things she sees that fascinate her.

From the onset, we know this is a fantasy tale. Part of creating a successful fantasy is getting your audience to believe in the fantasy. I never questioned the rationality of the world Van Dormael created. I was along for the ride, no questions asked. The silliness, the absurdity, Catherine Deneuve falling in love with a gorilla (a jab at creationists, perhaps?). All of it. I’m in. Bring it on. 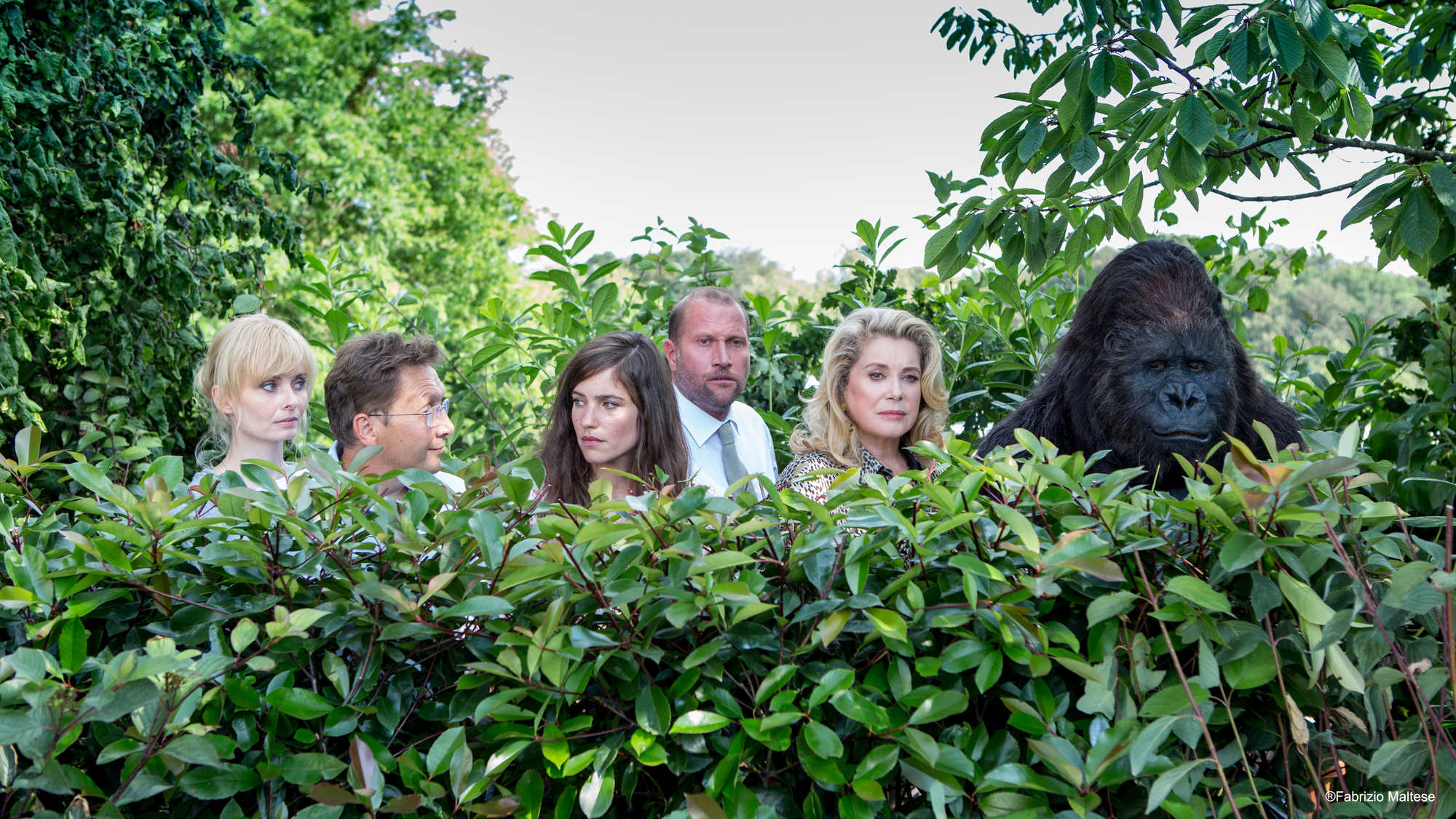 Helping us along the way are myriad of odd and comical figures that make up the cast. Ea’s apostles are a lonely and tragic sort who deal with the knowledge of their deaths in different ways, some more innocent than others. Their stories are touching and sad, and are the most real part of the film. These stories are where most of the emotional punch comes from. All six apostles are all so very human that it’s hard to not identify with a part of each of them.

God’s wife (Yolande Moreau) is perhaps the most tragic of the film. A Goddess herself, she has spent an eternity being bullied by her male counterpart. This has gone on so long that she is no longer capable of speech or independent thought. Up until the end of the film, she spends her time cleaning the apartment and obsessing over baseball. By the way, God hates baseball. An absurd notion, I know. Her role in the grand scheme of things doesn’t become apparent until the third act, and I suspect those on the religious side of things will take issue with it. But, as Kurt Vonnegut was fond of saying, “So it goes.” 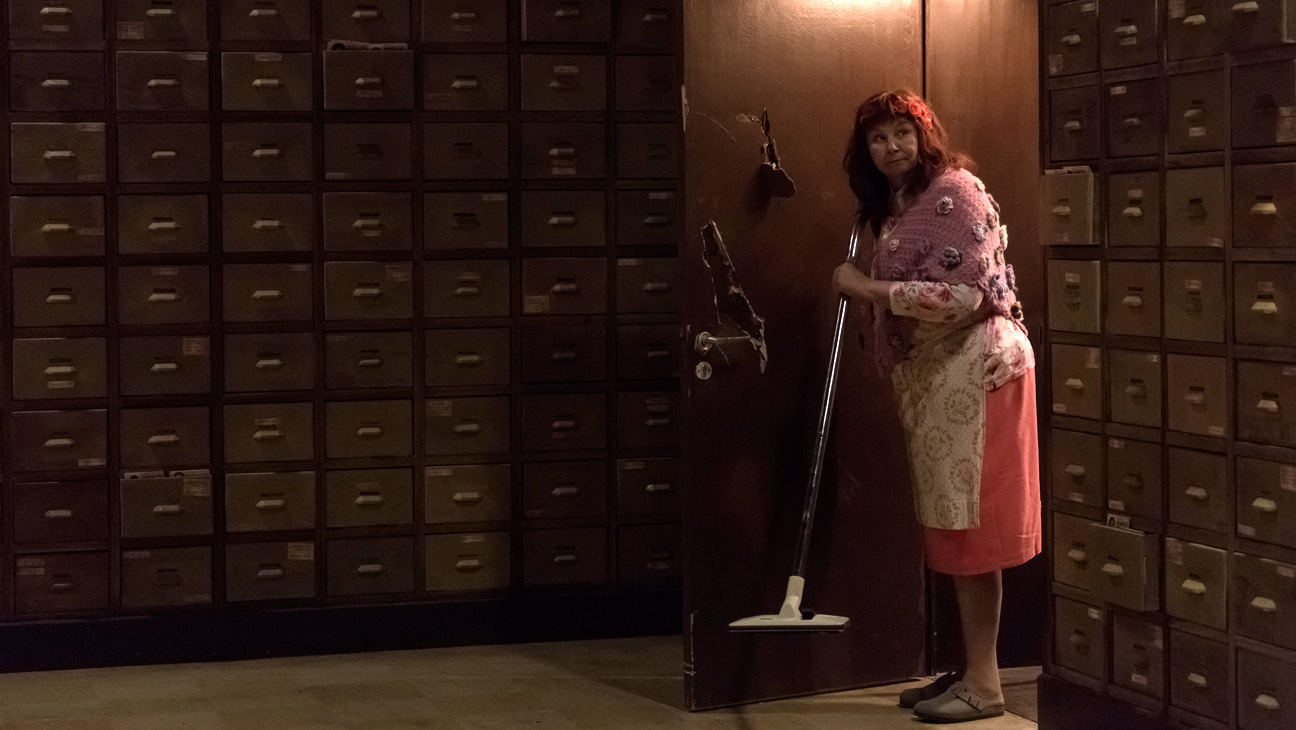 The only qualm I have with the film is its running time, and this is such a minor beef that I hesitate to even bring it up. In fact, forget I said anything.

I had a lot of fun watching The Brand New Testament. It’s clever and subversive, but never mean spirited. It pokes fun, but doesn’t make fun. If you’re not the religious type, you may get more out of it, but if you are the religious type, I urge you to see it anyway. Live a little. A little bit of satire never hurt anyone.