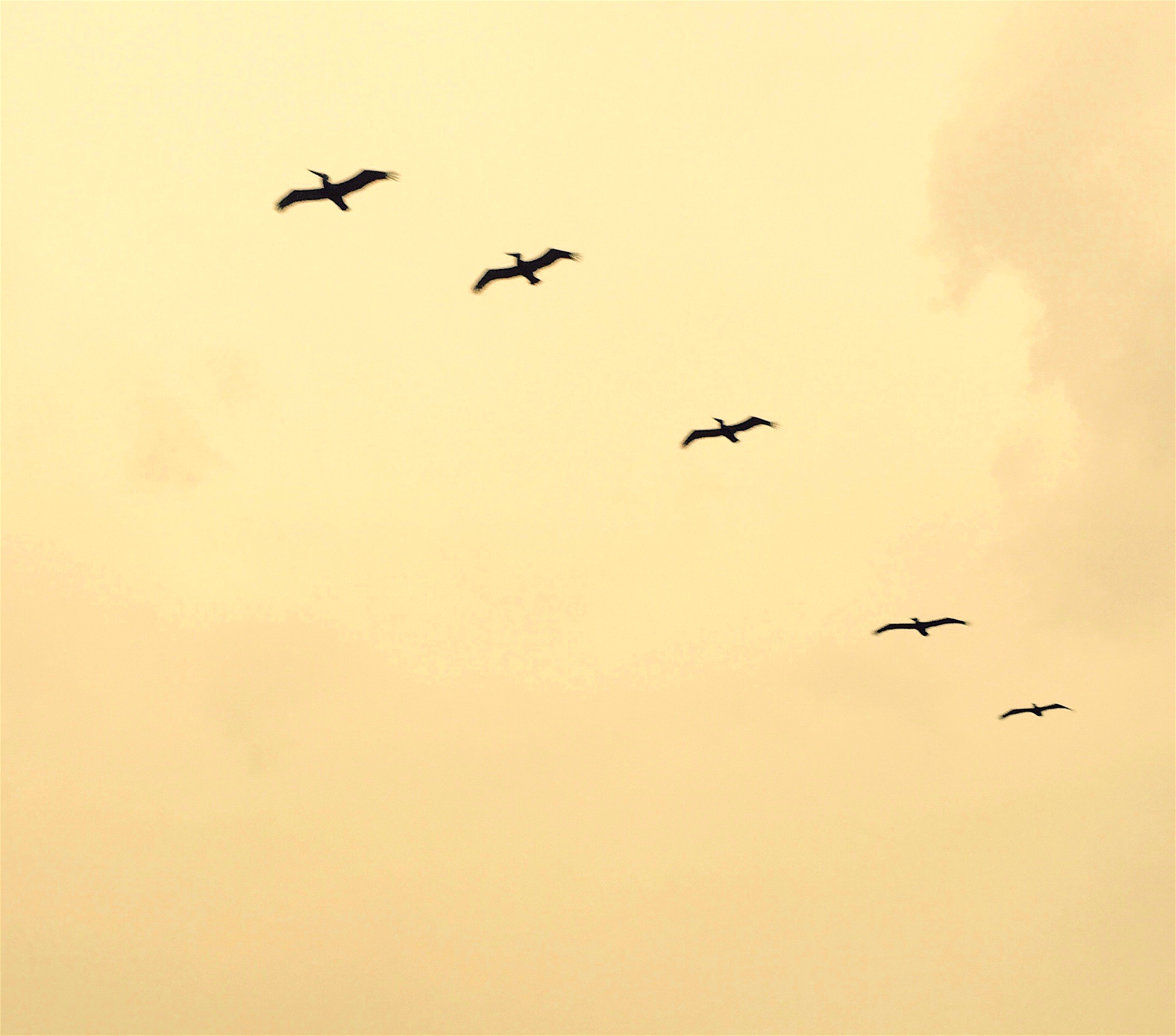 The wind is so persistent up here the seagulls float in place above the tables, wings flapping as if in flight, making little dives at tossed tortilla chips. The salt in the air rubs on your skin like liquid sandpaper. The blare of sun infiltrates everything but the darkest sunglasses. You’ve downed your first gin-and-tonic, served in a plastic cup, two-day-old lime chunks floating in the fast melting ice. There’s generic rock-and-roll blaring from the speakers. All the tables are full, the bar now two deep. Everyone’s talking or laughing or downing a drink. You don’t know a soul. All your people are back at the beach house. You’ve got a book to crack open, time, and thirst for a second drink. You couldn’t be happier, couldn’t be lonelier.

The crowd is mostly white, middle-aged, tourists, though one side of the bar seems reserved for locals, employees. There’s a younger set inside the majority, mostly couples. Almost everyone is wearing sunglasses, visors or hats. Most everyone is tan or sunburnt pink. The ocean lies out before you in a long line, twinned by the horizon line; inside this multi-use activity zone, there are any number of surfers, wind surfers, swimmers, boogie boarders, fishing boats, planes dragging banners, gulls and pelicans in a periodic line that drift along above the beach houses and pass in over your head like a squadron of slow motion fighter jets.

Usually when you get away from the group, you take a long walk down to the northern end of the island, to the point where an old lighthouse leans and the marsh and the tidal flats merge with the ocean. Besides the occasional wedding party, the place is usually relatively empty. If you’re out there you’re either fishing, bird watching, walking, collecting shells, or riding a beach bike. But this afternoon you want to be alone inside a crowd. Want to drink in order to get a buzz. To be above it all for a while and let the wind erase excess thoughts and worries. And it’s working.

A couple days later, you are joined by your two cousins-in-law. You’ve told them about this place, and they want to experience the scene, which, you find, is almost entirely identical to the previous afternoon. It’s as if you’ve walked into a Jimmy Buffet-drenched Groundhog Day moment, with the pelicans reeling by on a track, and the gulls playing their simple parts to perfection. Even the laughs sound canned. But you don’t say this to the boys, who seem perfectly happy downing G&Ts and watching the bartender shake two martini shakers at once, hands over her head, elbows out, like a bored flamenco dancer.

What is it about being above the maddening crowd, on a deck, surrounded by strangers with expendable cash, that makes you want to drink? At least more than usual. Usually this kind of scene, this sort of crowd, repels you. You’d happily go elsewhere. You’ve learned to suspect monoculture in all its forms. Is it that you’re at the beach, on a holiday, and thus free of old habits, opinions, desires? You don’t know. Whatever the reason, it’s unsettling. Maybe it is a class thing: a need to feel superior to the people sweating it out down below. Or a need to feel like you move in an elite circle, at a remove, invited up to a private party most everyone hears but can’t gain access to. It’s not the view; you get the same one back at the beach house. It’s not the quality of the drinks or the music, for sure, for you have better of both back there. So what is it? Anonymity? Disappearing in a crowd? Witnessing, like an embedded reporter or a spy, the system at its clockwork best, or worst?

Conversation turns to Dave’s relationship with his wife. Pete and I do our best to hear him out, though we’ve heard it all before. Dave wants us to listen but doesn’t want to—or know how to—listen to our advice. I won’t disclose any of it here. Suffice it to say, Dave refuses to confront Bess with his truth and thus she walks all over him. The way we see it, it’s on him.

We’ve had our drinks and downed some adequate oysters, and are waiting for the bill. Dave has retreated behind his sunglasses. Pete looks ready to take a nap. You want to get out to that marshy point, to disappear in that wind. And as you walk gingerly down the steep wooden steps, it hits you. The wind. Erasure. You come to a place like this because it’s neutral. It’s an Etch A Sketch you doodle on. When you’re done, you shake it up and start again.