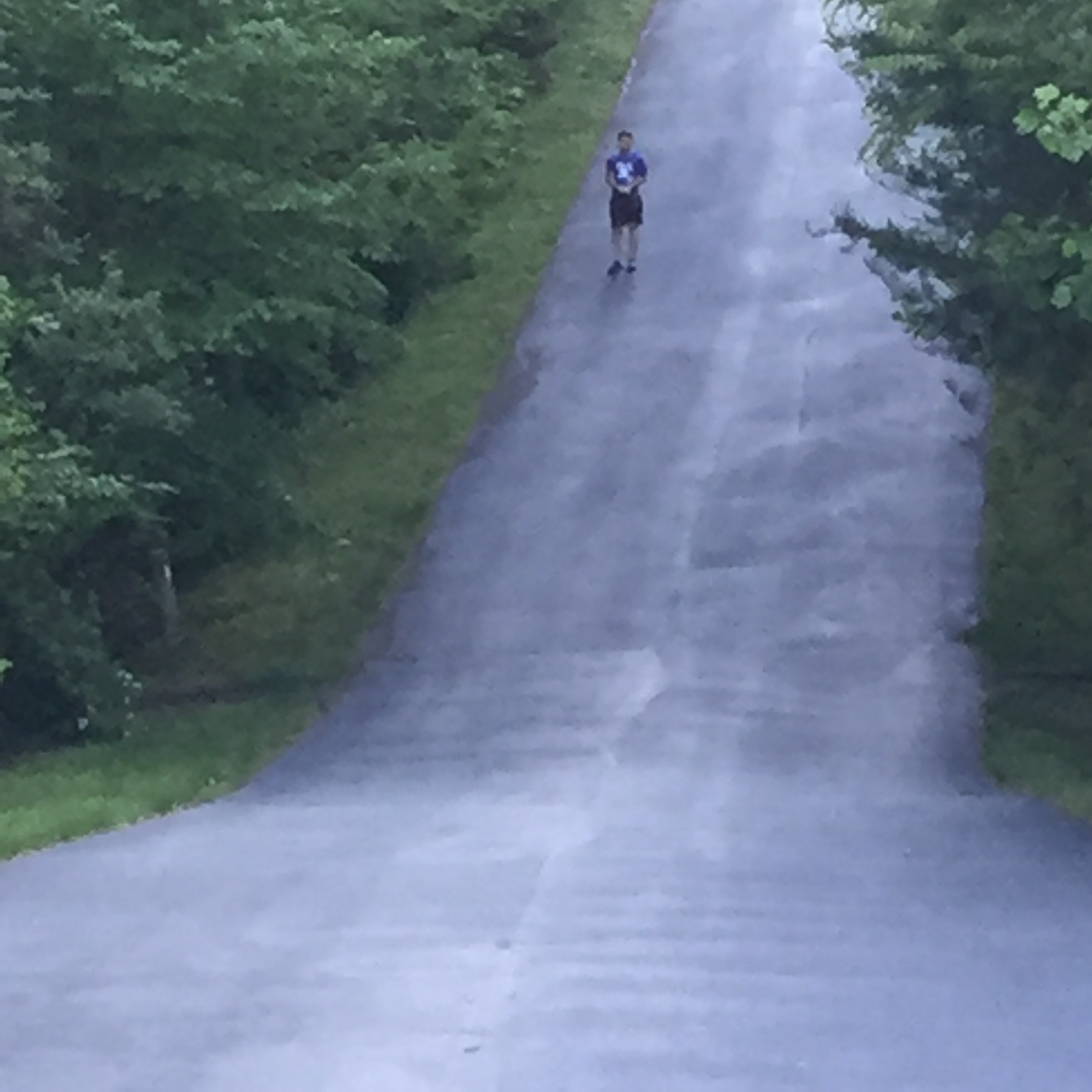 After about five minutes the slow runners and the ones who had started walking were all that was left of the race. One old man asked me how far he had to go. “You’re close,” I told him cheerfully. “You lie,” he hissed. I had been given a corner to monitor and this strange little red vest. The signs were clear, with arrows leading the runners down hill and through the dogleg onto the home stretch. It was shady, my spot in the middle of a quaint neighborhood.

Before the racers arrived, I’d chatted with two couples, introduced myself to an elderly lady and her elderly dog. Soon enough a cop car with flashing lights came around the corner followed by the lead runner, who spit and grunted as he loped past. The next two runners, close behind, were equally preoccupied (what was I expecting, pleasant hellos?). The fourth runner, the race’s lead woman, yelled out to her son who was apparently waiting for her on the porch. He yelled “Go, Mom!” “Love you!” she called as she huffed down the hill.

Runner number twelve, also a woman, was running barefoot. The boy had come out from behind the fence and joined me on the stone wall. “What’s she protesting, anyway?” Then a thick clot of tired-looking 5Kers wheeled into view. “How much longer?” one weary man asked, his gait stiff and awkward. Claps from the couples on their porches. Then the last walkers and one mom pushing a newborn in a stroller. Finally, my son Avery and his three friends strolled into view, chatting and laughing. The trailing cop car inched behind alongside an 80-year-old man willing himself forward. When this strange little parade floated by (high-fives from the boys!), I gathered up my things, took off the annoying vest, and sauntered all the way to the finish line.