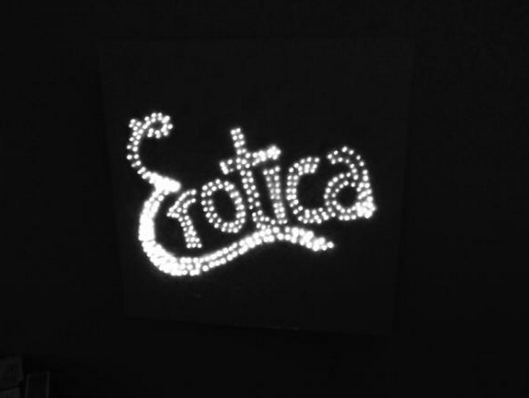 I’m not a big one on New Year’s resolutions and I generally believe in healthy living.  That being said, New Year’s Eve and the following weekend spent celebrating a friend’s 30th birthday at a lake house somewhere in South Carolina took a real toll on my body.  I was left contemplating what I had just done to myself, why I drink, whether it is normal for someone my age to behave in such a manner, and an all-out existential crisis that often rears its ugly head after total abandoned debauchery.
So I decided to take a time out, a moment to reset.  In this frigid weather it would have been easy enough to curl up on the couch and binge on movies and books, but I set another goal for myself:  Find some good ol’ fashioned sober things to do.  I really had to think about what it is that people do on winter weekends when they aren’t drinking.  The following is my weekend in Asheville that proved that there is a reason this place is just so damn fun, alcohol or no alcohol.
Friday – As a group of friends headed to Ben’s Tune Up to start the weekend off with some after work beverages I decided to resist the temptation and ride solo for the night.  As a writer and an avid reader I am embarrassed to say I haven’t been as involved in the writing community recently as I would like.  So I looked up the calendar at Malaprop’s Bookstore and found that Jennifer Niven was presenting her new young adult novel.  I did some quick research on her and thought “Ok, this can work.  A successful author with a book that is being made into a movie.  Every writer’s dream, right?”
I joined about 25 other people that had the same idea on this Friday night.  My row consisted of eight elderly women that said they were cousins and this was obviously not their first rodeo.  They all had their books and talked about Jennifer’s stories as if they were their own.  I felt a little like a traitor for not having read anything but excerpts.  The rest of the crowd was a mix of young adults, book groupies that have followed her on tour (not kidding), and a few stragglers like myself, just checking things out hoping no one asks us a question about this beloved book that we have yet to read.
Overall the experience was enlightening.  I found Jennifer Niven smart, humble, relatable, and she is gorgeous by the way.  And Malaprop’s was cozy and friendly as always.  I ended up buying the book (although I felt $20 was a little steep) and headed home feeling satisfied with my evening alone.
Saturday Day– The weather was still chilly but it was sunny and it didn’t feel quite so arctic-esque.  So I headed to Carrier Park to, as my father would say, “Get the stink blown off me.”  In other words get some fresh air and exercise.  What I encountered was kind of a circus.  Apparently everyone got a puppy for Christmas and they all brought them to the park for some training.  Adorable puppies everywhere!  I sighed with relief as haunting memories of chewed shoes and furniture danced through my head.  There were people on gadgets that I had never seen.  Elliptical bicycles?  Interesting.  And of course there was a cat on a leash, because hey, why not?
Saturday Night – My friend and I had plans for a movie night but she gets a sly smile on her face and asks, “Want to go to an art show instead?  It…may be…an erotic art show with plaster penises?”  My response: “Of course!”  I had no idea what to expect.  I was also told there would be performance art and in Asheville that could mean anything and my mind ran wild.  When we got there I was shocked by how classy it was.  I don’t know what I thought it would be like.  I guess my juvenile side went to porn and six foot penis sculptures.  Don’t get me wrong, there were some graphic images, and there were two naked individuals getting their bodies painted (they were wearing thongs and pasties but little was left to the imagination), but the space was incredible (I want to live at the Asheville Loft, and I’m not talking about the hotel), the crowd was friendly and eclectic (I saw leather chaps, fur coats, and pirate costumes all in one place), and the proceeds went toward a good cause (WNCAP).  I gave a $20 donation at the door which I felt was fair considering all drinks were free.  Of course I was only drinking water but they served it in a wine glass so I could at least be sober inconspicuously.
Sunday – I woke with no hangover (glorious).  So I started cleaning the house, decided I wanted to take the bed comforters to the laundromat, and dragged my beau to the Bar of Soap/Del Vecchios for lunch.  This was my first time here and the concept is just too perfect.  A bar, a restaurant, and washing machines.  Brilliant.  Maybe it has been a while since I have been to a laundromat but $4.25 for a machine?!?  That’s a lot of quarters.  But I dug through my purse, fed the machine, and ventured to the bar.  Still no drinking, so water and an order of baked ziti.  What arrived was basically a whole casserole dish of ziti, probably a pound of cheese, and some greasy garlic knots.  Was it healthy?  No.  Was it the best Italian food I have ever had?  No.  Was it so perfect for a sober Sunday afternoon?  Absolutely.  It was cheap enough that I forgot about the price of the washing machine and I had leftovers for work the next day. 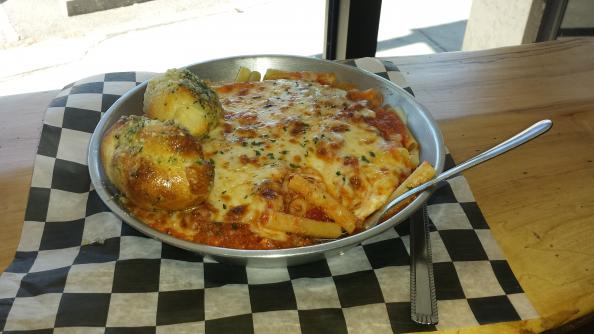 So in summary, my detox weekend consisted of groupies, animal parades, sex art, and sudsy pasta.  And the best part about it is I remember every second of it.  Thanks Asheville for keeping it weird.