Why Ignoring Race Isn’t the Solution

Why Ignoring Race Isn’t the Solution 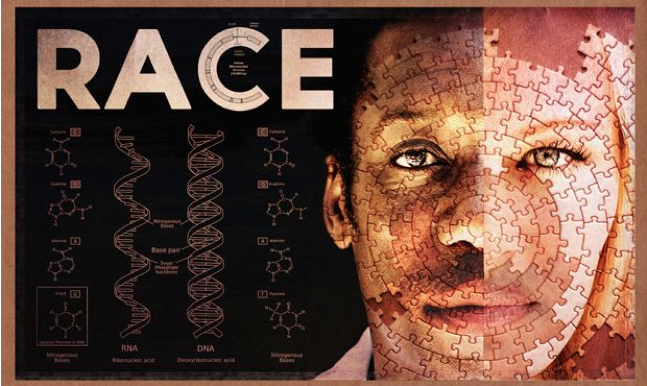 Sometimes I used to wish that people didn’t see race. That we would all just love each other. I was raised in a household where I was taught that the color of your skin is not a reason to be treated differently. And as I grew older, I realized that did not justify being colorblind, but rather, it was reason to respect and cherish all culture, all races, and all skin tones.

The basis for my love of different skin tones and cultures coming together stems from my parents’ marriage. My father hails from Rochester, NY with African American and Creek Indian roots. My mother was born in Medellin, Colombia, South America but grew up in Bogota. Two worlds completely different from one another managed to find a bridge. On one side my dad was living through segregation, integration, and the civil rights movement. On the other end, my mother was living on farms with an enormous family, lots of responsibility, and a Catholic school upbringing. 40 or so years into their lives, they met, and now 22 years later, I’m here, and they’re still together.

So when I watch the news, and I read articles about how people of color are being systematically killed, discriminated against, treated poorly, living in awful conditions, are being mocked at ignorant parties, aren’t being evenly represented in the media…it bothers me.

When I wrote about the discomfort of my friends and I walking into Ben’s Tune Up and not seeing the diversity we’d seen just 15 minutes prior, less than two blocks away, the point was to highlight the beauty of diversity, NOT to bring down the establishment. The point was to expose that such deep contrast exists in Asheville, and for those in the demographic minority and those that notice and care in the demographic majority – this hurts, this is an issue, and this impacts their quality of life.

I can’t ignore race because of what happened in Mckinney, Texas, and because of this:

The (Attempted) White Out of Black Women

I can’t ignore race because of the deep divide that colorism still plagues communities of color. An example being the relationship between Black Men and Black Women as expressed in this spoken word poem:

I can’t ignore race because of this powerful depiction of  “Black Privilege”:

I can’t ignore race because of the fact that there is so much rampant invisible privilege that just contributes to the systems at play:

The Luxury of Invisible Privilege

I can’t ignore race because for 4 years, I went to a school (UNCA) with 3,700 students, that maintained and until recently had slipped under having a 3.1% Black/African American student population, a 3.9% Hispanic/Latino student population and even smaller American-Indian, Asian, Multi-Race, Native Hawaiian/Pacific Islander populations. And an 84% White student population.

I can’t ignore race because it is a part of me. And I would hope that others wouldn’t ignore pieces of me – that rather than ignore the piece of me that makes them feel uncomfortable, or the pieces of me that require them to confront a political topic, or rather an issue that doesn’t directly influence them – that they would take a moment to realize how intricate the systems that systematically are working against people of color really are. And that they would take a moment, to realize that I am not just another angry woman of color, but that they cannot expect me to be silent. I would hope that others would want to get to know people different than them, and be around people different than them in a variety of ways – NOT just based on skin. I recognize that differences come in all shapes, shades, and sizes. I would hope that when selecting from those differences that shade is not a filter.

I can’t ignore race because I know that doing so doesn’t solve anything. It just further tightens the blindfold that is over so many peoples’ eyes – that I know is sometimes still tight around my own eyes when it isn’t serving as a sheer curtain through which I experience "two-ness" (W.E.B Dubois) – seeing the world the way it sees me as a woman of color and seeing the world as I see it.

I don’t write about race and the politics surrounding it to wallow in this subject and produce pity or discomfort. But I write about it because I believe it’s important. I write about it because in using my voice, whether 1 person or 50 people read it, I guarantee that a new thought will pop up, or the feeling of not being alone may spread through someone. I know when I read things about privilege and viewpoints separated a few, and many degrees from my own, that the challenge is a learning opportunity. I know when I read things by other women of color, whether Native American, Latina, or Black, that I feel like I’m not alone, and there’s a joy in knowing you’re not alone.

Think about whether you have the privilege to ignore the race issue or not.

Think about what parts make you uncomfortable and which do not.

Whether you choose to ignore it or not, is ultimately your choice.