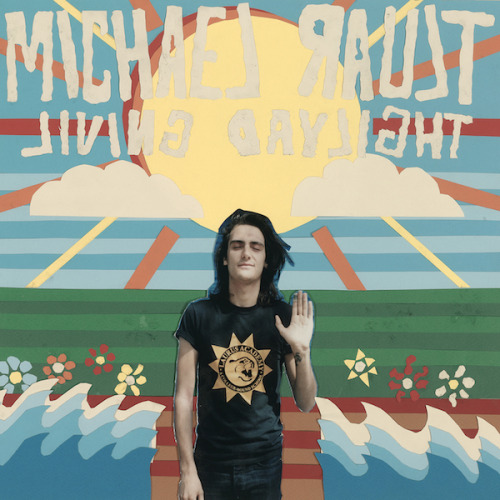 Burger Records artist Michael Rault visits Tiger Mountain on July 19 in support of his new album Living Daylight. Michael Rault is a Toronto based singer, guitarist and songwriter, fronting his own eponymously named band. A gifted multi-instrumentalist and arranger, his hooky blend of pop rock refracts an evolution of guitar based music through the ages. An era-defying mischievousness defines his synthesis of jukebox R’n’B, and acid psych as refracted through the experience of an adolescence spent idolizing the clever craftsmanship of the Beatles and the wiggy New Orleans textures of Dr. John in equal measure.

We were lucky enough to catch this mellowed out Canuck for a short call before hitting the road.

[Interview is redacted for length]

Asheville Audiophile: I just wanted catch up and chat about your new album “Living Daylight” before you bust down the East coast. How has the response been to the album?

Michael Rault: It was actually about one year ago exactly that I got picked up by Burger Records. I met this guy over the internet that had no affiliation to Burger. I was back in Edmonton, my hometown. He liked my stuff and played in a band. He starting asking me questions about the music industry, and I am like, “Hey I am no expert”, but we kept talking. After talking for awhile, at the end of it he let me know he had a contact at Wiener Records. (Burger’s little brother label that lets you pay to press tapes)  When I got in touch with Wiener, Sean (one of the main guys at Burger) was on the thread. After some back and forth, I worked up the courage to ask whether we were talking about Wiener or Burger and they said yes to it as a Burger project. Living Daylight had been done, but Sean suggested putting out a single “Nothing mean Nothing” before Living Daylight was released. So we did that, and “yeah it’s been great working with Burger Records”.

AA: You have picked up a ton of good press regarding you new album, with lots of nods to different sounds. What have been your influences over the years or are influences currently?

MR: Ummmm, it’s been a lot of things. I always choke up when asked this question. I definitely was influenced by the Beatles; but more now so the solo Beatles records. All of them really – the John, Paul and George records have all had an influence. I was into a lot of different things over the past year. I was working at a record store in Toronto, and I just managed to absorb a lot of different things that have seeped in over time.

AA: So you grew up in a family of musicians; and have played music your whole life yeah?

MR: Yeah for sure. My dad, uncle, and my mom were all professional musicians. They have worked in music in varying degrees and some of them have different jobs now, but yeah I always saw people doing it full time.  I grew up around that so it didn’t seem strange to do music full time.

AA: How has it been with all the press you have been getting?  You have gotten good reviews from Stereogum and Pitchfork.

MR:  It’s been great. In a way it kind of worked out, because I had never really gotten a break outside of Canada at all until this last little while. I have been able to grow up and make music on a bit of a lower profile. Now that I have matured I can see it with a bit more open eyes. It’s great because it gives us the opportunity to keep playing for new people and bring music to new places.

AA:  You have been picked up on some killer rosters with Panache and Pitch Perfect. Has that had an influence on who you have connected with?

MR: Yeah, definitely. Panache was kind of the dream booking agency that we wanted to be on. I grew up in Edmonton with Mac DeMarco and saw how he blew up. I heard about Panache from him, and it seemed like it was a cool scene to be involved in. We have been able to tour with a lot of their musicians. Pitch Perfect has been awesome as well. Our work down there (US) has been pretty much ideal. We get to be involved and tour with musicians that we feel like we are akin to.

AA:  We could rally through a bunch of typical interview questions… Can I just ask you some random, fun questions?

MR:  It depends on the situation. You have to use different tools for different jobs. I would say the pointer finger is the go to. (Note: Canadians are usually really nice. Michael is Canadian.)

MR:  That’s hard to say, we have had some weird ones. It was probably down in El Centro, CA. It was our first time in the states and we were hired to open up for the Meatbodies (Tiger Mtn. Alum).  It was a show we were doing by ourselves actually. It was weird because the whole town was quiet and we thought no one was going to show up. It ended up being packed to the gills and everyone had showed up to see us. So a lot of our weird experiences turned into great experiences. We  are touring America for like the next year, so let’s do another interview in a year. We will probably have some more weird stories then. We have yet to see the dark under belly of America.

MR:  Food on the road, hmmmm… We eat a lot of McDonalds. Yeah, anything that’s cheap. Hopefully that will change soon, but we have it down to an art. (Michael claims that he is indeed, NOT seeking sponsorship from McDonalds). If I am at home in Montreal it is definitely poutine. And California it’s tacos. Overall, globally we eat a lot of McDonalds.

Do yourself a favor and buy your tickets ahead of time. TICKETS YO!!!