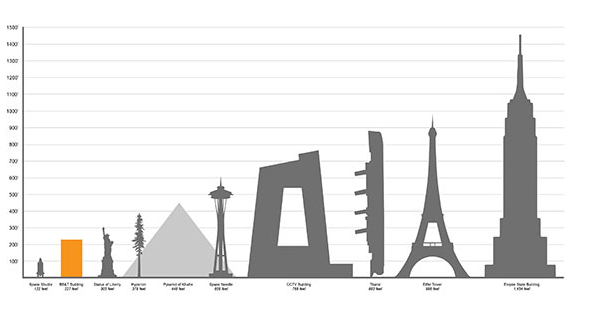 The BB&T building (in orange) could fit below the CCTV Building (center) overhang.
Ever since its completion in the early 60’s, the BB&T building forever changed the Asheville skyline. Being one of the taller buildings in Asheville, it stands at 227 feet tall with a prominent location in the middle of downtown. It has become a magnet for community criticism concerning building height, architectural aesthetics, city planning and the general growth of downtown Asheville. With an eventual facelift of the building approaching, in addition to the recent hotel boom and concern over an expanding Asheville skyline, we thought it might be worth an investigation to envision what more radical changes to the downtown skyline would look like.
The graphic above depicts the BB&T building (orange) measured up against some more famous structures and objects. From left to right : Space Shuttle Atlantis (Florida), Statue of Liberty (New York), Hyperion (California, the tallest living tree in the world), Pyramid of Khafre (Egypt), Seattle Space Needle (Seattle), CCTV Building (China), Titanic (Atlantic Ocean), Eiffel Tower (Paris), and the Empire State Building (New York).
Being one of the tall buildings in Asheville, the BB&T building gives the impression of being more massive than it really is. In order to give its height and mass context, we replaced the BB&T building with 5 iconic structures. 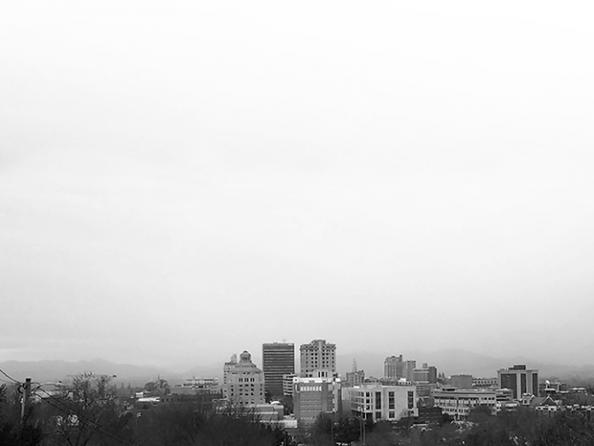 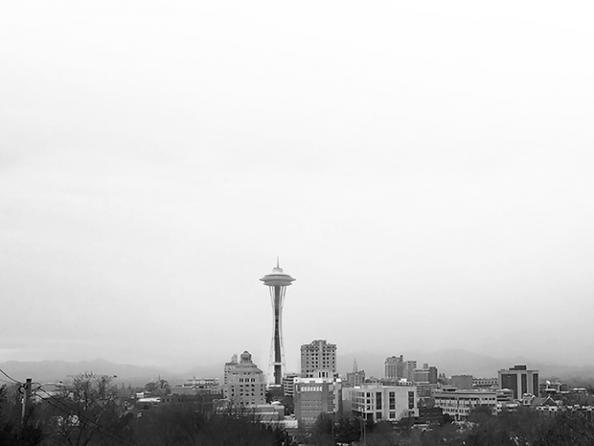 Strangely, it doesn't seem too out of place in downtown Asheville. Pyramid of Khafre / 448 ft.
(1.9 BB&T Buildings tall) 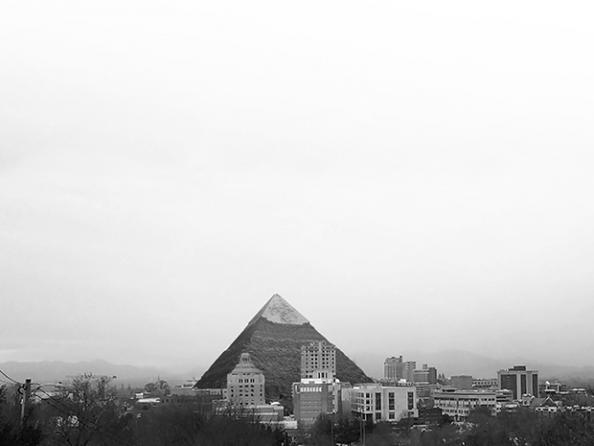 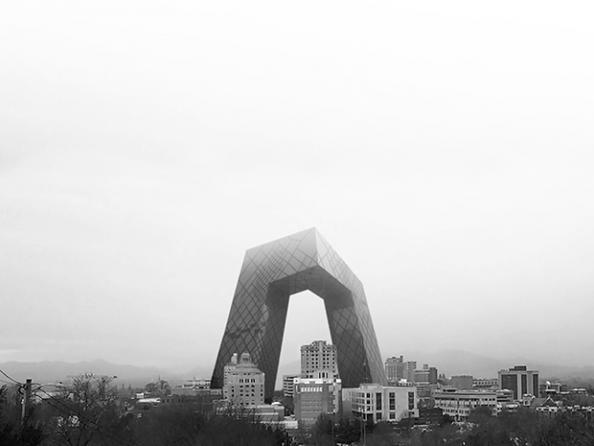 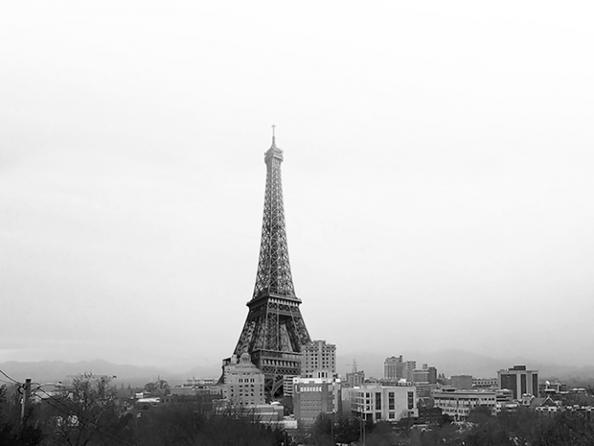 Not everyone liked the Eiffel Tower when it was first built, with many criticizing its bold design. Empire State Building / 1,454 ft.
(6.4 BB&T Buildings tall) 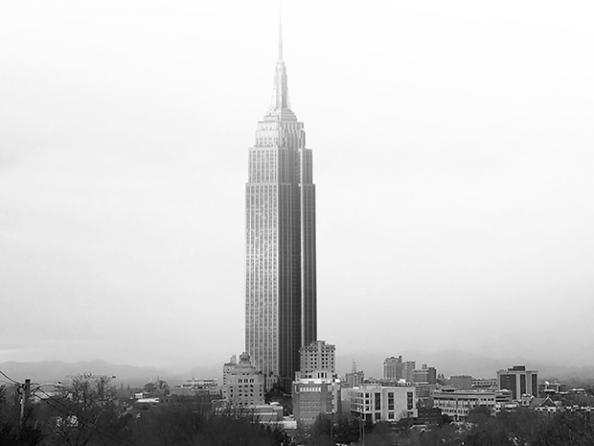 The Empire State Building has 73 elevators, compared to BB&T's 4 elevators. The tallest a building can be in downtown is 315 ft, or just a bit taller than the Statue of Liberty.  However, many considerations and requirements can limit a single building reaching this height, mainly location. There is a master plan in place for the development of Asheville's downtown that brings to light and addresses much of the criticism typical in vertical development. You can check it out here.
Whether in favor or against tall buildings in Asheville this issue is something our community will face in the coming decades.