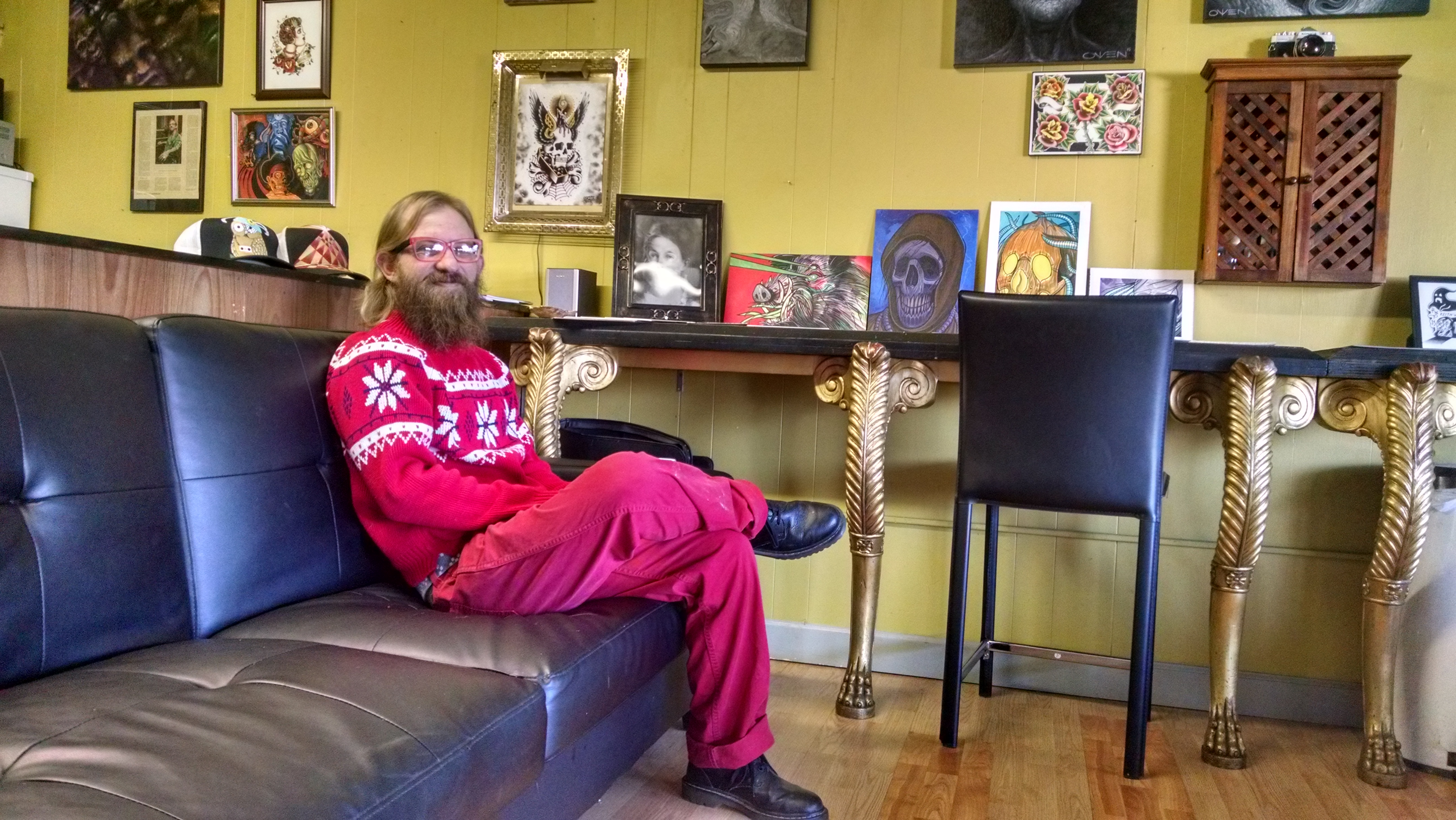 It was just over a year ago that I started this blog to highlight the growing talent and diversity of artistic offerings in the world of tattoo art in western North Carolina. As a tattooed woman, I’ve been intrigued by body modification since my teen years, through National Geographic magazines and run-ins through research of other cultures and their elaborate ceremonial traditions involving decorating and forever changing their bodies. It wasn’t until I moved to Asheville just over 10 years ago that I learned more about the history and process of American tattoo from the first artist I commissioned for a large sunflower back piece from, Shannon Schober at Vitality.

Since then, I’ve interviewed several other local artists to learn more about the process of the art form, how social norms have changed since they’ve been in the business, what they find inspiring and annoying about their trade, and to learn more about who they are overall, and how they came to find themselves as artists who draw on skin versus canvas. Not long ago, I met Jeremy Horton, owner of Unification Tattoo Parlour, who recently celebrated his five-year anniversary at his Merrimon Avenue locale. We talked about why he ran away from home, how his work and the world of tattooing have evolved over the past 15 years, the most ridiculous thing he’s ever tattooed (and had tattooed on himself), and his other ongoing offering into the creative vortex—hip hop beat making. 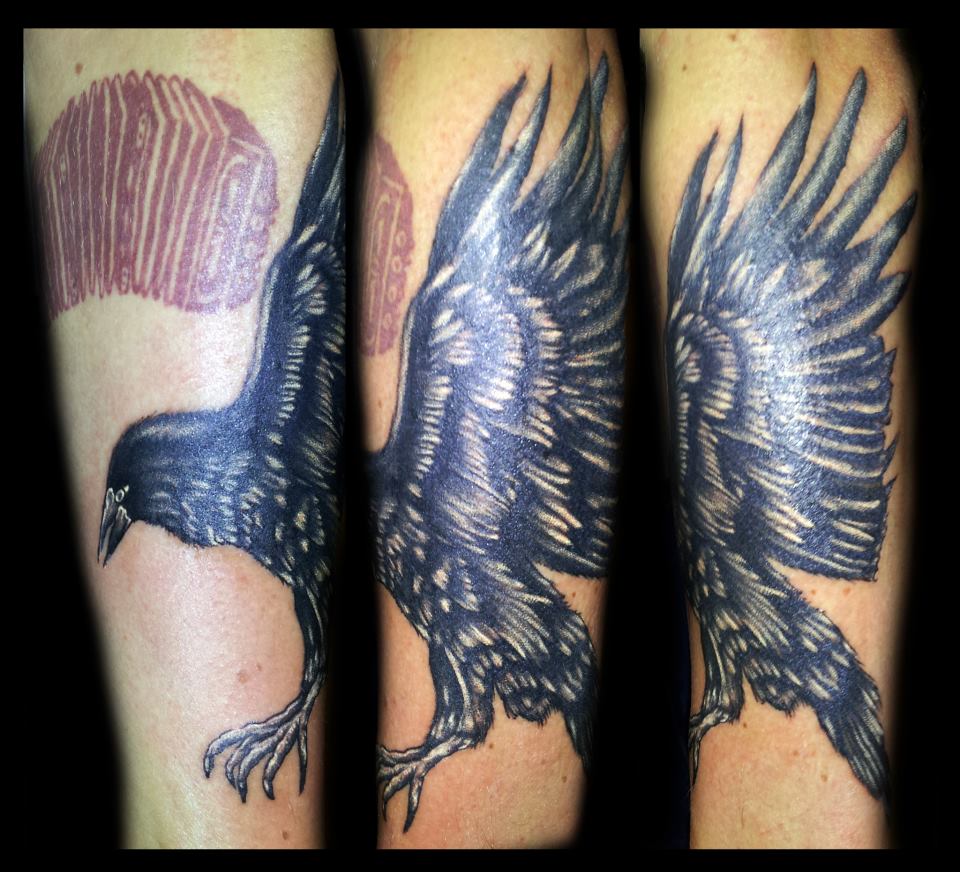 Horton grew up in a military family and lived, according to him, all over the place, changing schools several times a year before his family settled in Indiana, which is where he spent most of his youth. After his father discovered that he had tattoos (and a sensitive piercing for a 15-year-old), he kicked him out. Horton took to the streets, traveling and hitchhiking around the states until someone taught him the art of tattooing at the ripe age of 22. Some of his wildest memories learning the trade are from West Hollywood and Key West, where he and a few others fought the dated island ban on the art form, which had been in place since the mid 1950s. “It was so ridiculous,” he recalls. “People would hop over to another island where there were shops all around but Key West was adamant about keeping their island free from tattooing. So we fought it for two years on the grounds that infringed on our freedom of expression and finally won.”

Like most artists I’ve spoken with, Horton doesn’t claim any particular style and enjoys tattooing different types and forms of art, “as long as it isn’t hateful or racist.”  He refuses to do work that breeds negativity, hence the shop name of course, "Unification." He feels life’s “too short to be hating” and we should all put a little more energy into being positive. As an optimist, Horton shyly shares that it’s important to his mission to spread positivity with his art, which is why he enjoys creating brightly-colored pieces and playing with color overall in his work.

It’s also his ethos in creating beats for hip-hop music—to help co-create positive music in an industry steeped in violence and misogyny. As a former drummer in a punk band, his instrument of choice now is an akai mpc, an electronic drum sequencer. He’ll add to a digital sample track and hook up electric drums, loop different sounds together then play with layering and chopping them all up to flow.  “There are so many musicians in town, it’s cool that I can just call someone up and say, 'Hey, I need some live horns,' or 'I need a bass track.'”

Horton moved here from Florida after visiting several times over the course of a few years to tattoo other artists and friends in the area. He says he’s constantly inspired by the other tattooers in this town, namely Kimi Leger, Jessica Guillory, Greu at Integrity Alliance, and his main studio-mate over the past five years, artist Taylor Cort (see his work below). 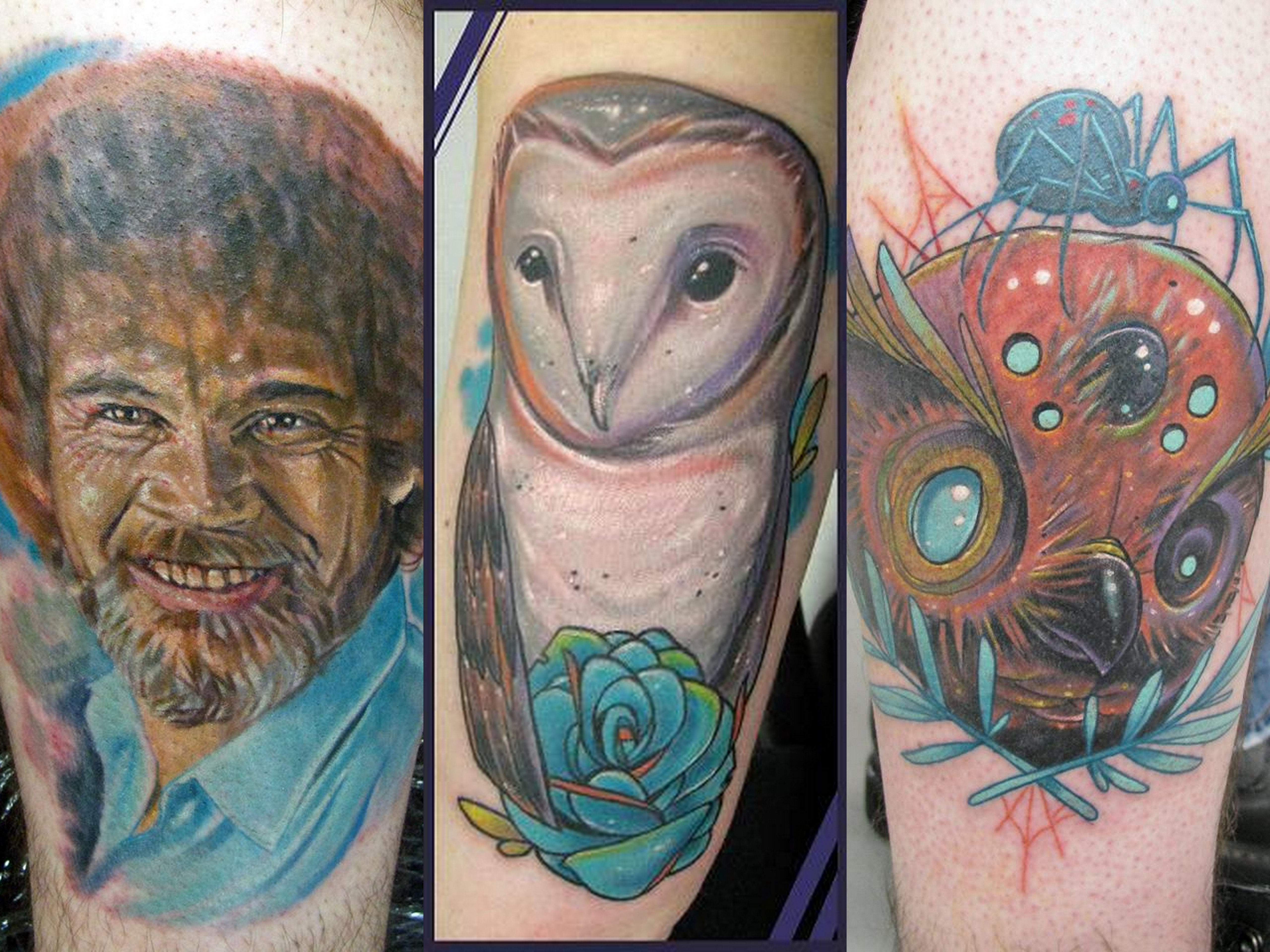 When asked what the worst tattoo he has given is, Horton laughs and recalls a time in Key West when someone came in on a $500 bet, ready to go through with getting a penis tattooed on his butt cheek. He talked to him for a while, then happily obliged the short-sighted and empty-pocketed man with his requested art. When asked what the worst tattoo he has received is, Horton chuckles and pulls up his sleeve to show me a young dude sporting a pair of the iconic pants of 90s raver punks‘round the U.S., JNCOs. “I thought I would just love JNCOs forever,” he laughs. 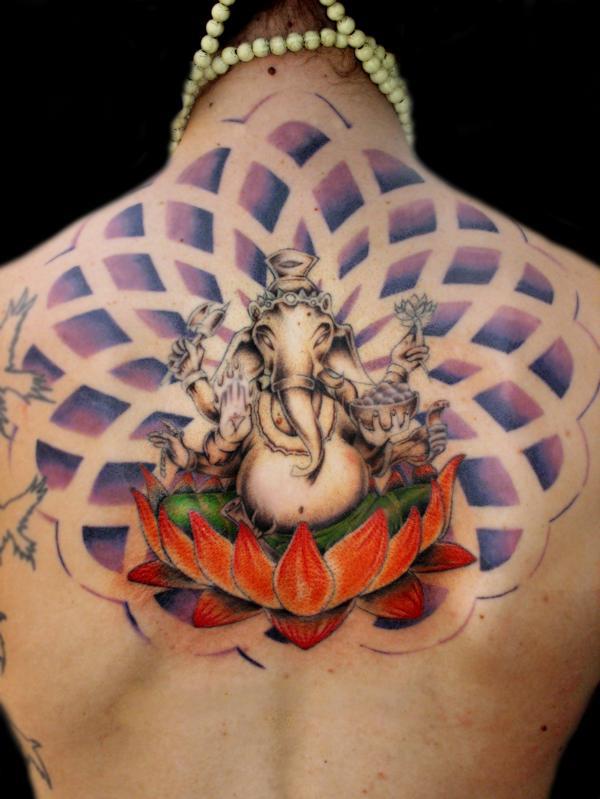 As far as Horton’s advice to anyone considering a first piece or a new piece, he recommends not referring to your Facebook community on this one. Ask other people for their experiences and to see their work, but scour their websites and portfolios and make sure their style is really what you’re looking for before you commit to a piece. You can even ask if they have a better recommendation if you want something specific like a portrait of your dog or a vase of sunflowers in that bright, splashed watercolor look. Another tip: Don’t get lengthy tattoos that someone would need to stand and read for several minutes. They’re hard to decipher and “no one really wants to read your tattoo, man.”

The Unification Tattoo Parlour website is currently being re-built, but you can see more of Horton and Court’s work on their Facebook page. You can also hear more of Horton’s music tonight, December 30th at Philo’s CD release party at Isis Restaurant and Music Hall. Tickets and more information can be found on Isis' website.