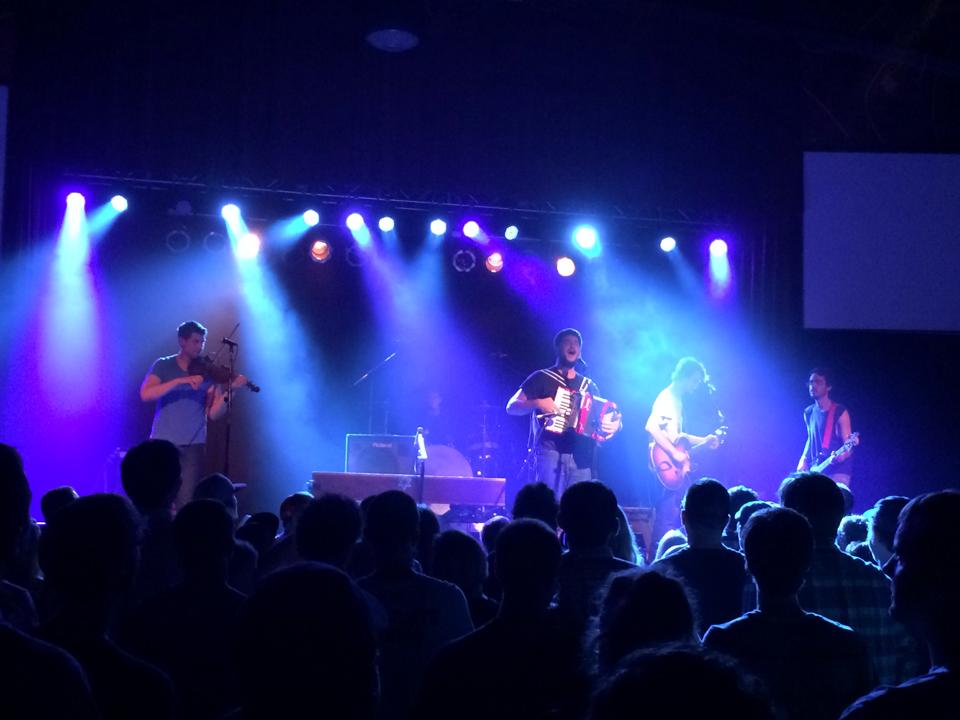 I freakin' love our city here in the mountains - and The Orange Peel is one of the BIG reasons to come here.

John, a buddy from Grad school in Montana, is coming to visit us in Asheville this fall. He lives in DC and gets to see shows at the renowned 930 Club, games at Nationals Park, and dramatic tantrums in Congress... but he's traveling this year in part because of a show at the Orange Peel (...and beer!). Yeah, we are Beer City, USA and there is no doubt that our craft brew scene in Asheville is putting us on the map, but the live music scene in our fair town is- well, I guess I'd say it is unreal!

John will trade in his DC high ticket and beer costs for the very affordable Asheville entertainment AND will see national headlining acts with the smaller, more intimate crowds. You'll find live acts every single night in our town from bluegrass to hip hop to jam and our clubs treat you right.

The Orange Peel trailblazed our local music culture and is something of a focal point of the visit for many folks making the trek to Asheville. I mean, think about the acts you've seen at the Peel that have just blown you away. Think about the memories created there and how that shaped your experience here in the mountains. I'm going all the way back to old Taj Mahal, to Sam Bush, to Steep Canyon Rangers before they were known, to Cold War Kids, to The War on Drugs to the Christmas Jam parties. Hell, I ditched friends just to go see Ice Cube at the Peel. You, Asheville, have camped out for crazy unique shows and waited in serpentine lines to see GZA and Liquid Swords...to see wild Moogfest shows.

I went there many times with an amazing woman who later became my wife.

Our music scene and culture is a huge draw to our economy and The Orange Peel has been a big part of that. Liz Whalen has been an active leader not only at the Peel but as a voice for the city's growth and vision. She is definitely awesome...and I wanted to pick her brain a little : 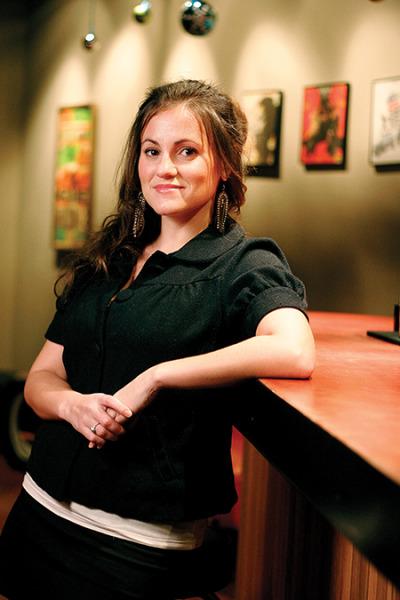 Ben Colvin: The Peel is dear to so many of us - what does it mean to you?

Liz Whalen Tallent: I have worked here for 8 years this May - so hard to believe; the time has flown! I graduated from Kenan Flagler business school at UNC-Chapel Hill, and worked for an international manufacturing company as the head of marketing before coming on board here - I had no experience marketing live music, I must admit! I initially only planned to be here temporarily, as the club was going through a big shift in management and structure in May '06 and I was between jobs, and willing to step in to help for a summer or 6 months.  Obviously, plans changed! The venue is owned by Public Interest Projects, which is the company both my dad and step-mother work for - I hadn't intended to make my career working for the same company my parents did, but that's just how it happened! I have been the marketing and special events director here ever since.  Since that time, my Uncle has joined our team here, too - we are legitimately a family business at this point, you could say!

Some history of the venue:  it was opened in 2002 because Be Here Now had closed a few years prior, leaving a dearth of quality live music options in Downtown Asheville.  Our parent company, Public Interest Projects, was founded by Julian Price with the mission of revitalizing and re-energizing Downtown Asheville, and it was agreed that having a great music club was very important to a truly thriving Downtown that would be a destination for visitors.  PIP definitely put a lot of blood, sweat and tears into creating the concept for the club and getting it built the right way, designed the right way, making something that would provide a quality experience for bands and fans alike.  It took several years to get all the details decided and the renovations done.

The first few years were a bit of a learning experience (running a large live music club independently is not easy in a smallish city like Asheville), but with the team we have in place now and the systems we've developed, it's now a healthy business with more positive growth on the horizon.

BC: There have been incredible shows there and it's gotta be difficult, but what are you top 5 shows ever held at the peel?

BC: You' re on the board of the Asheville Downtown Association- what do you see that is the "next thing" for The Peel/ADA?

Liz: I'm really excited for a number of things going on in Downtown right now:  I think having these new hotels going up is going to be a boon for Downtown - bringing more people in, and helping bring prices down a bit for staying Downtown. Currently all the hotel rooms are booked solid all the time, and I think it will be really helpful for visitors to have a few more options.  Obviously, being on the edge of the South Slope ourselves, I'm really thrilled to see all the development down there...I love that it will hopefully make all of Downtown south of Pack Place much more walkable and safe - I hope eventually we will be able to walk from the RAD to the Orange Peel, passing lots of great eateries and breweries and other cool businesses along the way.

BC: What are your Top 5 Date Night spots in the AVl?:

5) Take a picnic, a bottle of wine, and go see a free performance of Shakespeare in the Park by the Montford Park Players.

2) Check out one of our town's awesome free events: Downtown After 5, River Music, or one of the many festivals
1) Catch a show at the Orange Peel - discover some music you maybe haven't heard before - don't be intimidated if you haven't heard of the artist; listen to the preview on our website, maybe check out a few tracks on Spotify, and come see a show.  People will find so many talented new bands to listen to and follow this way.

BC: Where do you see our city in the next few years?

LWT: I hope we continue to nurture Downtown - bring in more great businesses, continue to develop and add to our thriving reputation as the brewery capital of the SE, continue to attract amazing chefs and entrepreneurs, and also obviously I think it's important that we have the right economic and civic policies to bring in more jobs for people, outside of the tourism/hospitality industry.  This is such a desirable place to live - we have an amazing foodie, music and arts culture, some of the most beautiful natural scenery in the world, a mild climate with 4 seasons, a manageable size that is friendly and easy to get involved in, a blossoming public university...we just need to make our area as attractive as possible to more businesses, do things that continue to spread the word about the type of quality of life you can have hear,  diversify our economy, so that we can keep our city healthy and growing.

To me, that's our biggest challenge and goal in the next 5-10 years.