T.I. and the Hustle Gang [Review]

T.I. and the Hustle Gang [Review] 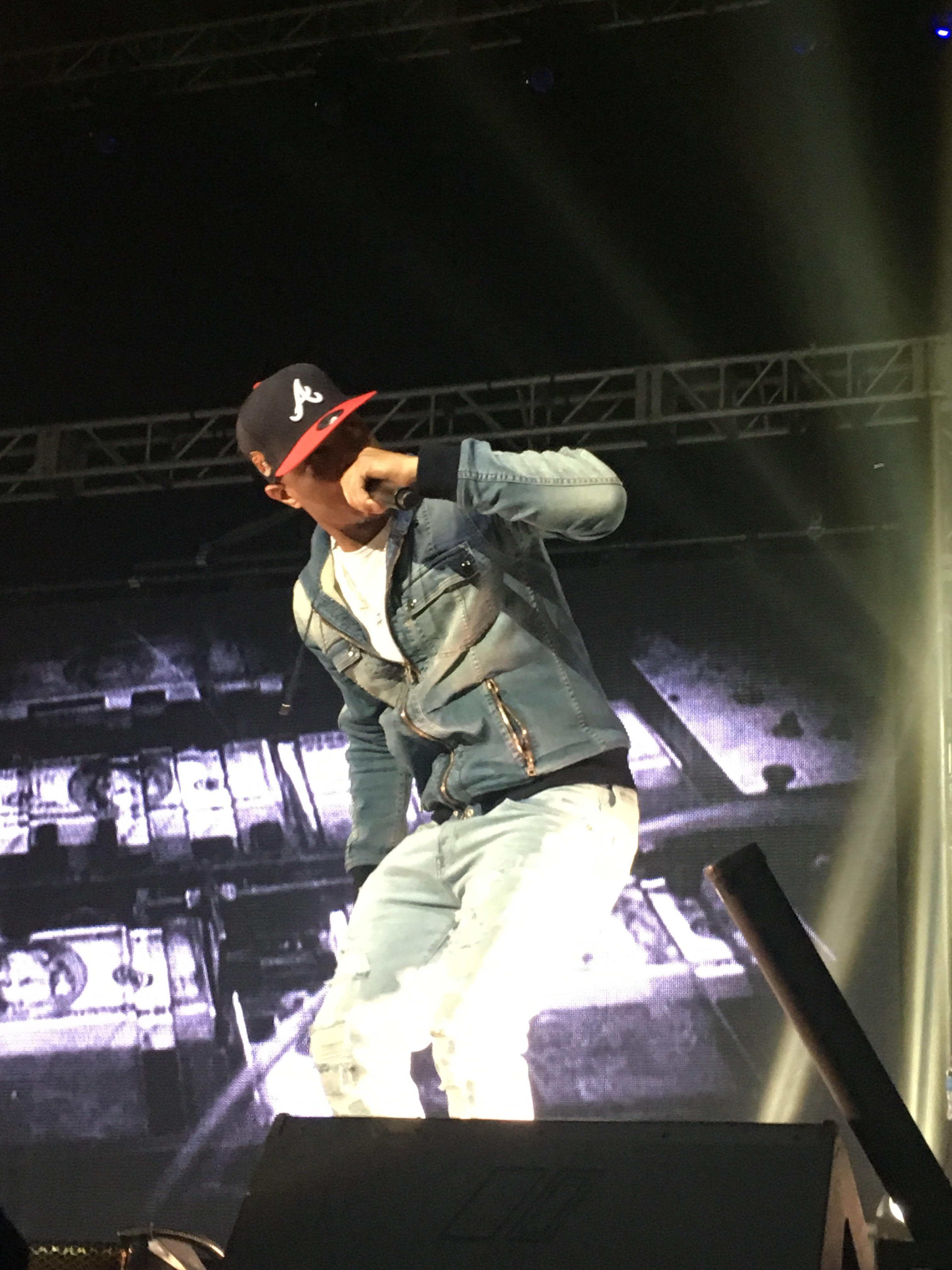 I consider myself a pretty avid concert goer, but I tend to stick to rock, country, and Americana shows. So I was excited to experience my first rap show last night at the ExploreAsheville.com Arena seeing T.I. on his 2017 Hustle Gang tour. I left being blown away by T.I. and some of the Hustle Gang, but other elements left me scratching my head.

I love an opportunity to showcase local talent in front of a large audience, but when you start off with 6 guys as a support show, before you even get to the opening act, it’s a bit much, especially when the concert starts an hour late. Asheville based rapper Kid Kade kicked off the show, and he seemingly has a lot of potential, despite him singing over his own songs. A few more local rappers, and/or friends of T.I. (?) took the stage for 2-3 songs each, but as it was terribly disorganized I unfortunately can’t name them. At one point there were anywhere from 6-8 people standing around on stage Snapchatting and taking photos, making it feel more like a community festival than a professional act.

By the time it was actually time for the Hustle Gang to take the stage, the crowd was less than lackluster, which was a true shame as many of these rappers had true talent. Translee, who kicked off the Hustle Gang set, is someone worth keeping an eye out for in the future. His lyrics were well written and his flow was smooth. London Jae was up second and his stage presence lit up the stage, I would have loved to see him perform more than 2 songs. RaRa was talented but not quite my cup of tea. Next up was Tokyo Jetz, and I really wanted her to shine as the only female in the crew. Unfortunately she also just rapped over her own songs, and couldn’t get the crowd into it. She and the following rapper, Young Booke, should have kicked off the Hustle Gang set as they aren’t quite on the same level as those before and after them.

After a quick interlude, Trae The Truth took the stage and got the crowd hyped up again, just in time for T.I.’s set. He played a variety of songs from his 13 albums, including “Whatever You Like,” “No Medicre,” “Bring ‘Em Out,” and “Rubberband Man.” Young Dro joined him on stage for a handful of songs including “Shoulder Lean.” At the end of “Live Your Life,” confetti cannons went off, finally giving me the sense of being at a professional show that I had expected all along. Although the crowd was on the smaller size for an arena, everyone was really into his set, singing and dancing along.

Despite a rough start, the show was fun and I'm happy to cross T.I. off my concert list. However I’m not sure I’ll be trading in my plaid shirts and craft beers for four-inch heels and gin & tonics as concert gear and drink of choice any time soon. 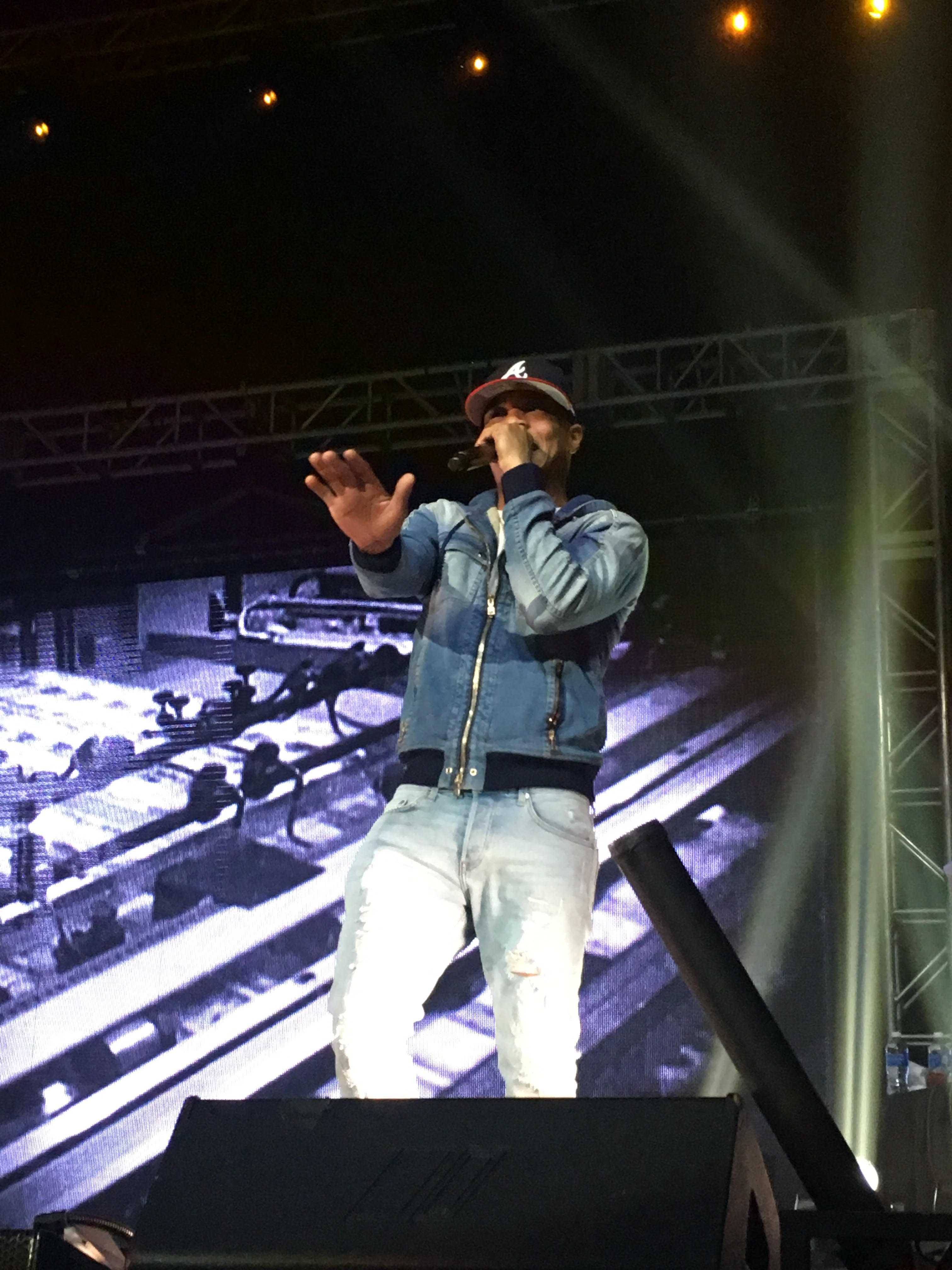