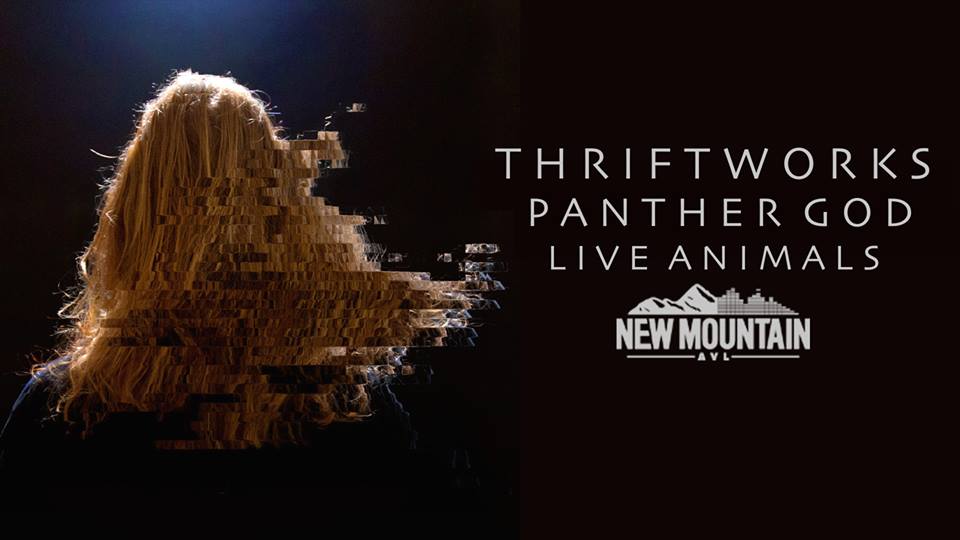 Thriftworks (Jake Atlas) is bringing his distinctive sound to New Mountain Asheville on Thursday, March 10 for a show that is guaranteed to sell out. Asheville Grit has a pair of tickets that one lucky winner will win! This is going to be an amazing show that brings together some of the best local and national acts in electronic music right now, and all you need to do to participate in the ticket giveaway is to leave a comment on this article. A winner will be chosen on Monday, March 7th.

Thriftworks' creative, unique, and totally fresh music is some of my favorite right now, blending hip hop, dubstep, downtempo, a dizzying variety of samples, and other sounds that are ultimately synthesized into a tightly woven, beat-driven, genre-bending blend.

Thriftworks most recent release, Low Speed High Drag, just came out this past February, and it's an amazing album. Songs like "Mug Wall" deliver on so many levels, from the deep, thudding hip-hop samples to the flowing blips layered on top that sound like the dreams of androids. There's a fantastic balance in songs between the unpolished and the smooth, between the gritty and the otherworldly, clean quality of digital sound. Thriftworks' sound has been characterized by some as bizarre, and it does at times creep into the delightfully strange, the unexpected, and the experimental. It's got the bass to keep you grooving as well as the complexity to keep your mind engaged. Thriftworks has been hailed as one of the most creative electronic producers out there right now, and there's no doubt that this is going to be one of the best shows this year.

Panther God (Paul Gaeta) has joined the evening lineup and I couldn't think of a better fit. With a sound that's also grounded in the low frequencies and beats of hip hop as well as the dizzying soundscapes of electronic music and jazz, Panther God always brings the perfect mix of darkness and light, thought and rhythm, brain and heart. A prolific musician and local promoter, his most recent LP, Golden Changes (2014), was heralded as "an artifact to hold on to" with a "varied, dramatic use of sound." PG has been busy since then, too, particularly with his most recent collaborative project with the always smooth hip-hop impresario Musashi Xero. The duo, Xero God, just released their first self-titeld LP. Musashi Xero will be a guest performer during Panther God's set.

Live Animals (Josh Stone) is also an integral part of the night's lineup. While all of the artists' sounds are tinged with the psychedelic, Live Animals' is the most explicitly so. The beat is still central, but this is an altogether dreamy approach, more tribal jungle than urban tech. It's textured, hypnotic, and trance-infused, creating a world of sound that is global--even cosmic--in its emphasis. The most recently released track on Soundcloud from Live Animals, a live mix called "Dusk//Dawn," gives a perfect sense of the aural journey this music can take you on. Hang on to your seats, y'all. We're heading into the dreamscape.

The show starts at 9:30 pm (doors at 9). Tickets are $10 in advance, $15 at the door (there's also an additional $3 surcharge for guests under 21). You can purchase tickets through New Mountain. And the best news? Asheville Grit is giving away a pair of tickets that YOU could win. Just leave a comment to be entered to win. A winner will be chosen at random just before midnight on Monday, 3/7.