The Third Year of The Three Davids at the Diana Wortham Friday, March 24

The Third Year of The Three Davids at the Diana Wortham Friday, March 24 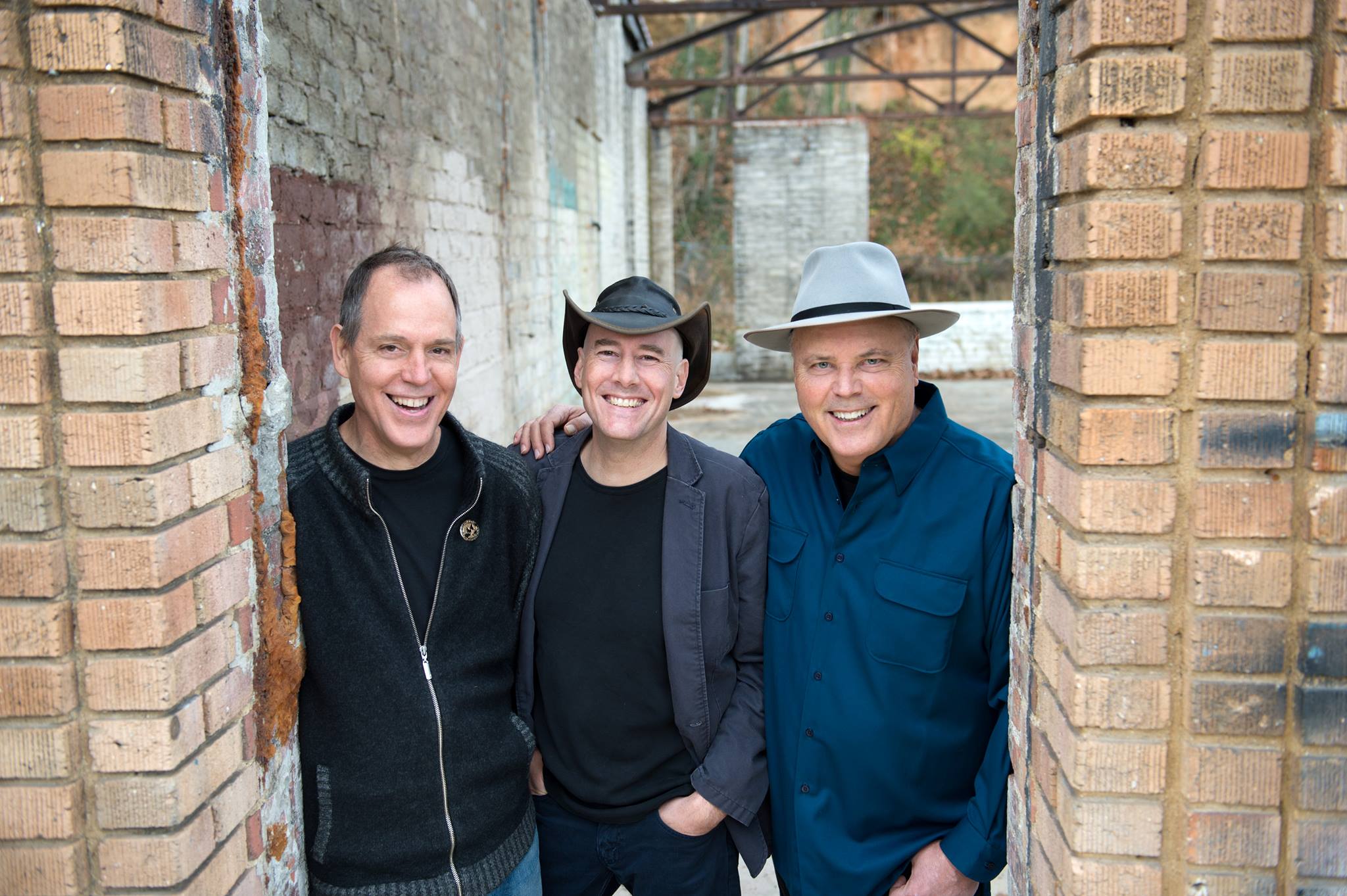 Three of Western North Carolina’s award-winning songwriters, David Holt, David Wilcox, and David LaMotte will take the stage together for their third show at the Diana Wortham Theatre Friday, March 24 at 8pm. For this one night, these three acclaimed songwriters will present some of their favorite songs by other writers, a collection of rare gems found along their travels. With each of these musicians accustomed to entertaining large audiences by themselves, the evening promises insightful songs, woven with warm-hearted, meaningful stories and an abundance of laughter.

David LaMotte took a moment from his busy schedule to talk with me about music, life and the unsuspecting musical collaboration with David Wilcox and David Holt that manifested after a chance encounter catching a flight back to Asheville one afternoon.

Q: So you’ve been playing together for three-four years now. Is that right? Is the story that you met at the airport here in Asheville and joked about collaborating how it all kicked up and got going?

David Lamotte (DL): Yeah, it’s been about three years now I believe we’ve been playing together. It was a Sunday evening and David Holt and I were catching the puddle jumper back from Atlanta flying into Asheville. I spotted his hat halfway back through the plane and I went back and said hello because I hadn’t seen him in a while. That’s the curse of being a professional musician. You never get to go hear anybody because you’re always working.

We got into Asheville and were waiting for our baggage to arrive and were catching up and I shook my head and laughed and said,  “Man it’s a good thing David Wilcox wasn’t on that plane because it would have been dangerous with all three of us at the same place and the same time. If that plane had went down, Asheville would be bereft of it’s David songwriters.” We laughed for a minute and he said, “We should do that show.” David Holt has four Grammys and is someone I admire and respect a great deal and I didn’t know how serious he was about that. By the time I got home to Black Mountain, he had gotten in touch with David Wilcox and he’d already written back and said he was in. So by the time I got back from the airport this was a real plan. Then we all got together, rehearsed a couple times and decided this was going to be fun, ran it by Diana Wortham and did it up, sold it out. 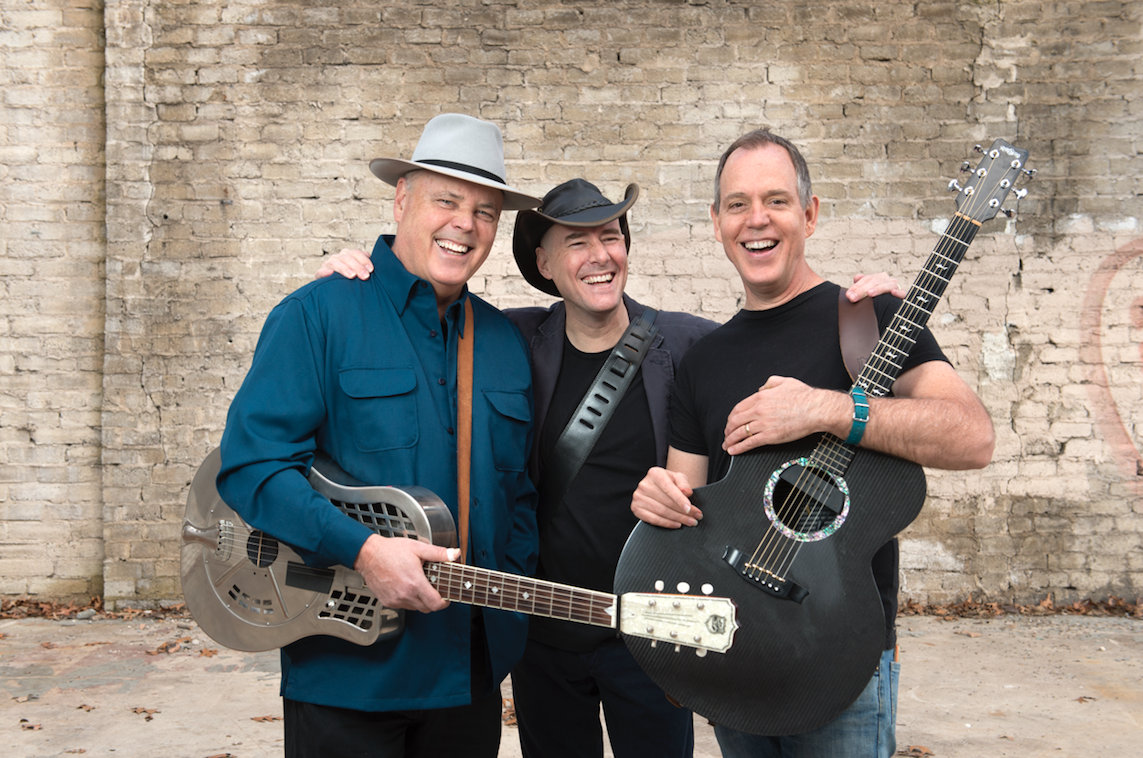 Q: How did your music career start and what initially gave you that charge to write and perform?

DL: People ask me sometimes, ‘When did you know you wanted to be a musician professionally?’ and I always respectfully say, I don’t think that’s the question. The revelation isn’t that you want to do this, the revelation is that it’s possible. If you asked a hundred third graders, “How many of you all would like to make up songs and sing them for people as your job?’ he laughs. You know, all the hands are going to go up. A few years later when you ask them in high school, ‘How many of you think you could do that?’ very few hands go up.

It wasn’t something I considered possible but when I experimented with it a little bit and played a few songs for friends at parties and they liked it, I got the courage to play open mics which led to Tuesday night cafe gigs which led to  weekends at the Town Pump which led to bigger venues. My whole career has been such a gradual slope. Musicians don’t get discovered. You just develop relationships with folks who are interested in what each other is doing and try to keep in touch.

Q: There’s a depth to your music. I’m curious how your studies and interest in conflict/resolution in college and afterward has fed your music career and how it’s carried in your lyrics and performance?

DL: It’s an interesting quandary. I want to write music that’s honest, that’s real. That means that the things I believe are going to show up in that music of course. I feel like artistically, music that I like is music that’s evocative rather than music that’s instructive. A song really only takes on power when it taps into the listener’s experience. If it’s just a song about the writer’s experience, who cares honestly, right? The relatability and the point of connection, that’s where music takes on power. So I think the same thing is true when you get into deeply held beliefs; they show up in songs yet they’re not instructive, they’re evocative. They don’t show up and tell you what to believe, they paint you a picture and tell you a story and you draw from that what you draw from it. I may have a point that I want to get across, but if I just smack people upside the head with that point, that’s not good art and it’s not really powerful, to me. I don’t ever want to be heavy-handed in my art. So certainly anybody that’s listening is going to get it, that I believe certain things and have certain passions but I hope people don’t ever feel excluded or preached at. I think it has to be invitational. You have to give people a choice to step into it or not.

DL: It’s actually a stack of different things so it’s not just one school I’m involved with there. We’ve got a project just outside of Quetzaltenango, a little music program we started in 2007 as a cooperative program with LEAF International and it’s just going great. It’s a beautiful little music program with about 60 kids in it right now. My favorite story to come out of my new album is actually related to that. There’s a young guy who started out in the first year of that program and was in it until 2014 and went on from there to take out a full-ride scholarship to the conservatory in Guatemala City. He graduated about a year ago and there’s one song about Guatemala on my most recent record that I wanted an authentic Guatemalan marimba on. I reached out to ask if he would play it and he agreed and that was just really special. It’s cool how things come around full circle like that. This past trip I believe was my twenty third. It’s such nourishing work. 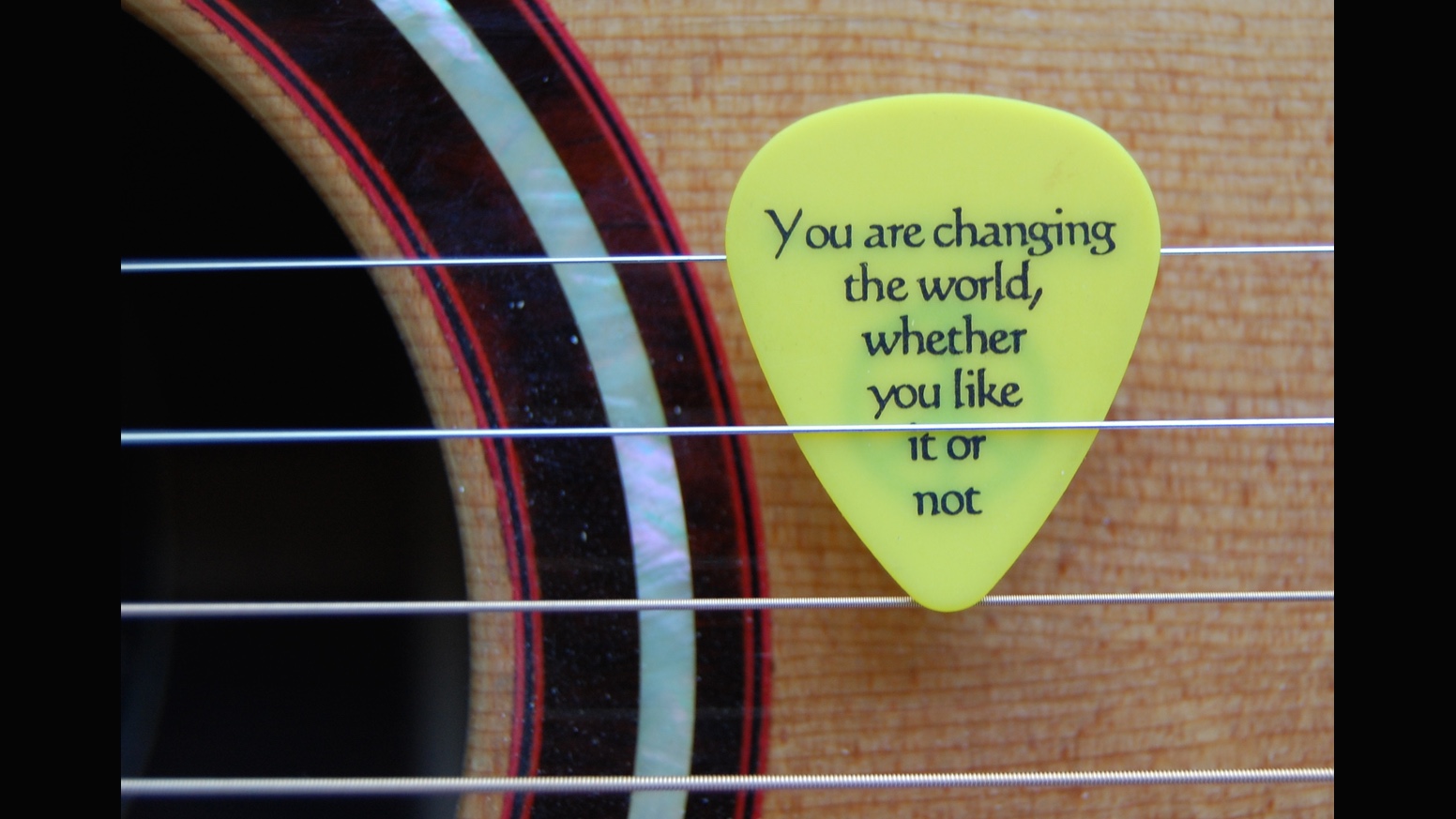 Q: So how does it feel in relating to other musicians and bringing other people’s passions and abilities into a collaborative musical experience as a typically solo performer? You just did that with your last album and are doing that now with ‘The Three Davids’.

DL: Oh, it was and is just amazing. When you can find that connection point, that groove point, where people can collaborate in ways that are synergistic, where the sum is greater than the parts, that’s just the most amazing thing. It’s magical. Having the opportunity to do that across cultural boundaries was just extraordinary. Getting to do that with The Three Davids is also extremely powerful. David Wilcox and I are a little closer to each other in terms of genre, though I would hesitate to put myself in the same category as him as he’s had an amazing career. David Holt really does a different thing and it’s awesome how it fits together. It’s just so much fun blending all of our styles into one and seeing what we can come up with.

Q: So do you feel like anyone had to make a sacrifice to their sound or style in the combining of your three musical styles?

DL: Not at all. It’s delightful. What we do together is a little different from what any one of us does by ourselves for sure. But it doesn’t supplant that. If you really love Italian food, it doesn’t hurt you to go out for Thai. You still get to love Italian food. So, it’s kind of like that, something fun we get to do in addition to the other stuff we do.

Q: For anyone that wasn’t at one of those earlier shows, what can they expect?

DL: A lot of fun. We really enjoy playing together and just have a good time. David Wilcox really does a lot of solo shows and I’ve spent a lot of time on stage alone, so to have these amazingly talented musicians on stage with me is just a blast. I really love playing hand percussion and have this beautiful African drum and I don’t get to play that much, so it’s nice to be able to do that. In this particular show, we’re doing something we’ve never done before. We’re doing a show of all covers and they’re pretty obscure covers for the most part, not songs people will have heard before. But that sort-of answers that question of, ‘Huh, I wonder what these songwriters listen to?’ So, we’ve collected some really good songs to share with folks. It will be a neat, one-off evening.

Tickets are still available for ‘The Three Davids’, Friday, March 24 at 8pm at the Diana Wortham Theatre in downtown Asheville. They are $35 and ($25 for students and children under 12) and can be purchased online by visiting: http://www.dwtheatre.com/performances/calendar/rentals-2014-2015/the-three-davids