Take a Look at Shelby!

Take a Look at Shelby! 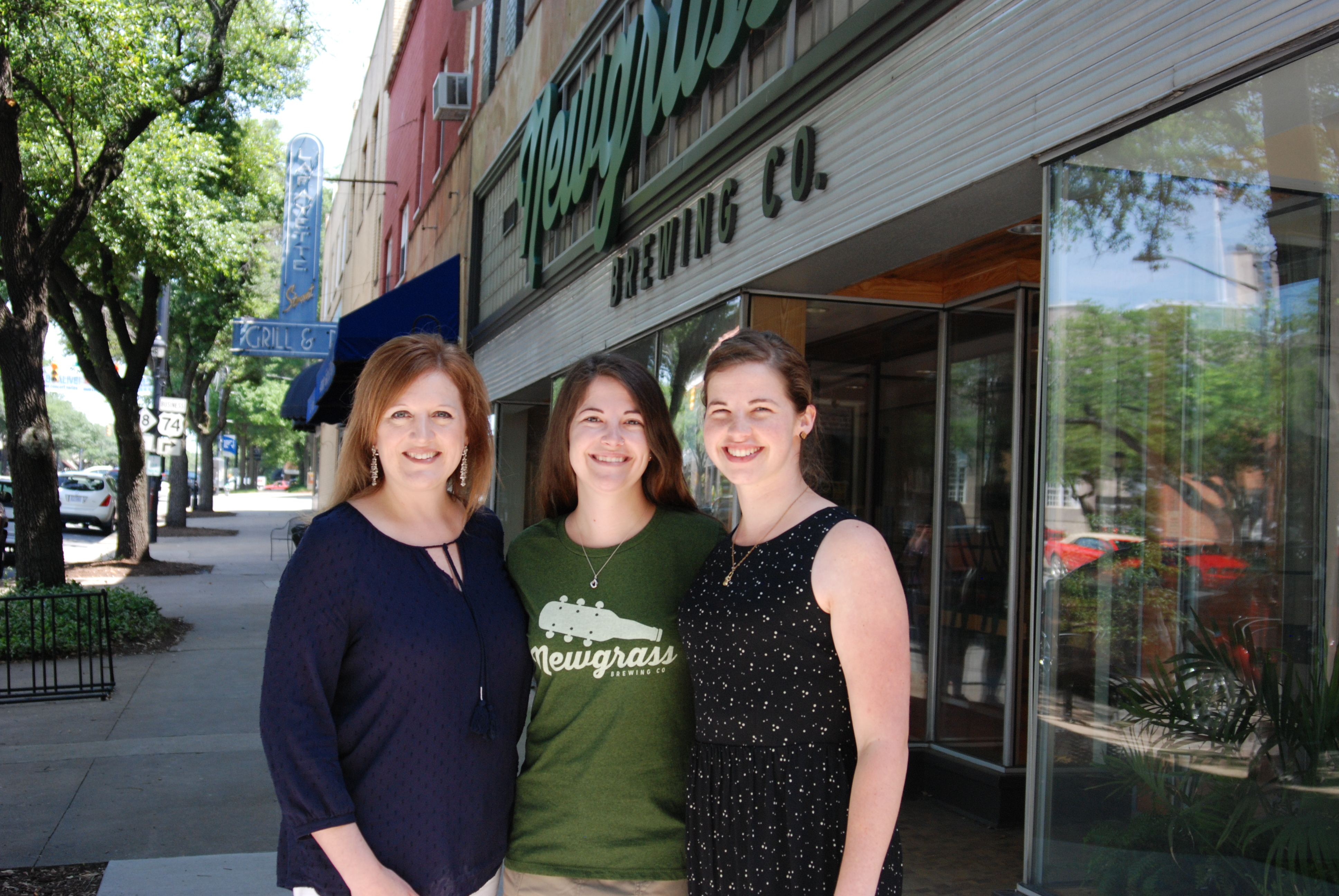 Tucked between Asheville and Charlotte, there’s a little town that’s making some big news on a global scale. People have traveled from 49 states and 13 countries to visit the home town of Don Gibson, Earl Scruggs, and, now, Newgrass Brewing Company: Shelby, North Carolina. When I first met Jordan Boinest, Co-owner of Newgrass, I was shocked that anyone would open a brewery in Shelby. I was even more surprised at her enthusiasm to open in the small town she grew up in after having lived in the trendy, thriving towns of Wilmington and, later, Boone. I was afraid I would offend her, but I asked the question anyway, “Why Shelby?” Little did I know that this is her favorite question!

“You know, we distribute our beer to Asheville, Boone, Charlotte, and all the little towns in between," says Jordan. "All along the way, I meet new people that haven’t experienced our beer and have never heard of Shelby.  They look confused and ask, ‘Where’s Shelby?’ and then I get to tell them this story about the Earl Scruggs Center and the Don Gibson Theater and all the new businesses opening in Uptown Shelby. It’s crazy because I grew up in this town, and when I was a kid I didn’t come to the uptown district. For all of us it’s exciting to watch it change and evolve and become what it was years ago: A place for community and friendship and business together. It’s been really special."

Special is an understatement. I got to sit down with Jordan and two of her closest allies Emily Epley, Director of the Earl Scruggs Center, and Audrey Whetten, Director of the Uptown Shelby Association. What these women have accomplished, along with their respective staffs and countless community volunteers, is remarkable. They haven’t set out to make Shelby something that it’s not. They have dug deep under the surface to unearth exactly who and what Shelby is, and to find a beautiful way to communicate that identity to the world around them. 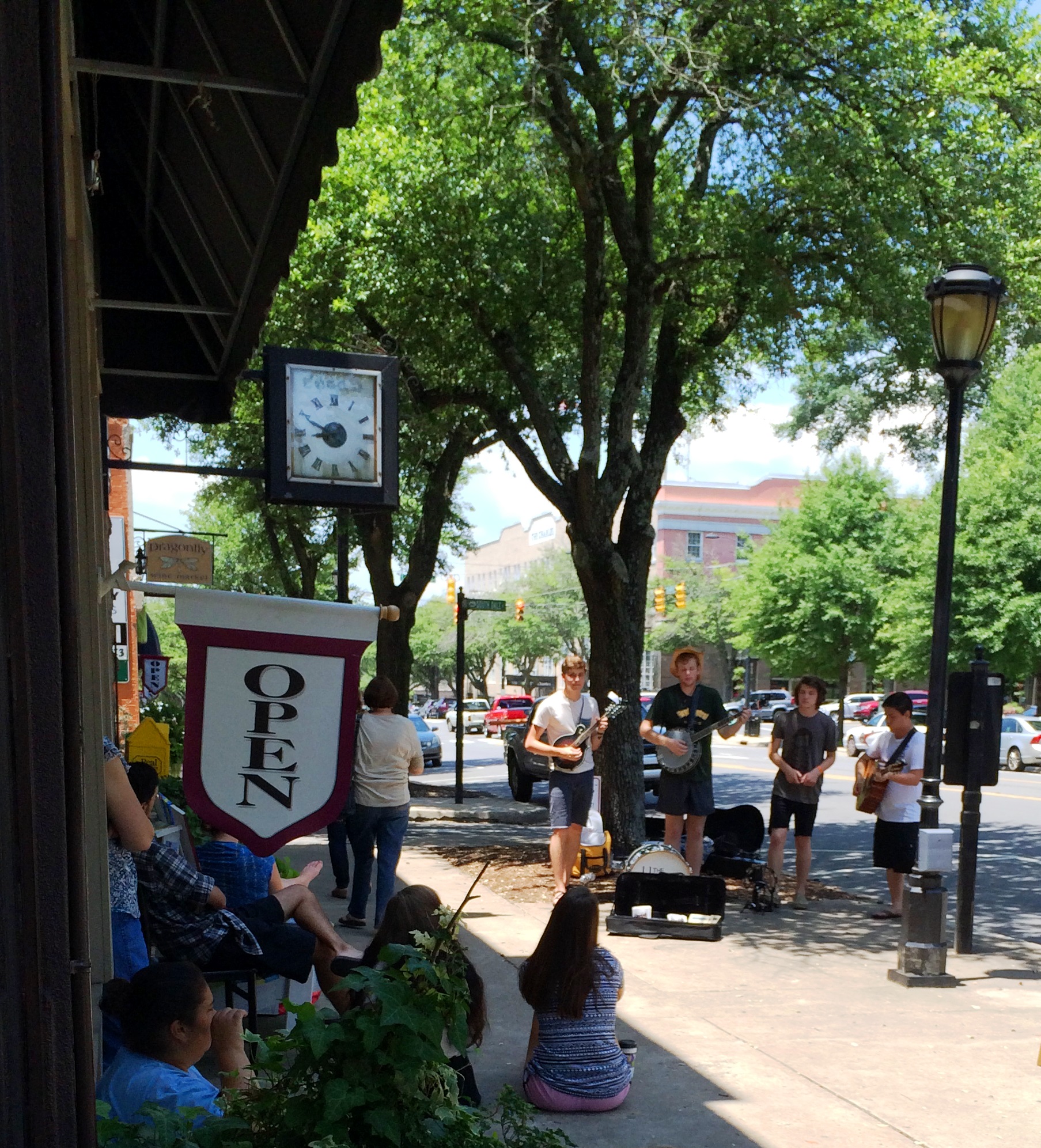 “Earl Scruggs didn’t just play traditional Bluegrass,” Jordan says of the father of the Newgrass genre and the man that developed the three finger picking method known to banjo players today as "Scruggs style." “And we don’t just make traditional beer. Coming back to Shelby gave us the opportunity to make something that is such a part of who we are. We make good beer and enjoy good music. Those are two things that mine and Lewis’ life have revolved around. We love it. I grew up here listening to Bluegrass music. This is home for us. We’re really excited to be part of this community. So when bands like Acoustic Syndicate come and play, it’s like family coming for a visit. You know, I’m seeing people come to Shelby for the first time ever to see a great show and try new beer!” Jordan and her partner and fiancé, Lewis, were intentional about creating not only a brewery, but also a local music venue to host concerts of varying sizes. 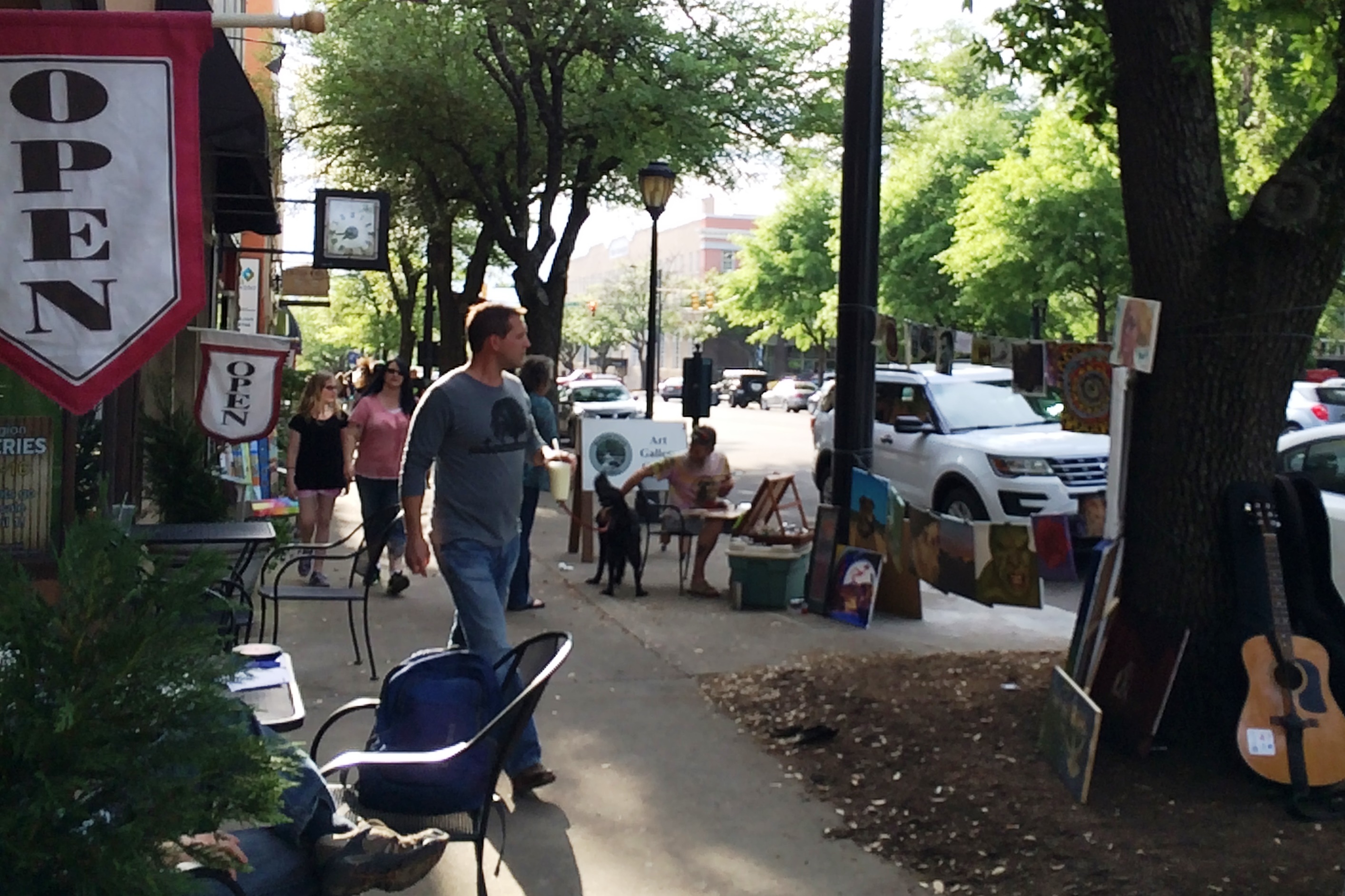 Photo credit: Audrey Whetten​
Audrey describes the Uptown Shelby Association as a non-profit organization that exists to encourage economic development within the context of historical preservation.  Within this framework, Audrey is working with business leaders within the local community to work toward a common vision. “If you can picture an Alaskan dog sled team, we have a lot of energetic folks that are excited to move forward. My charge is to get them organized and running in the same direction.” A Main Street Solutions Fund grant from the NC Department of Commerce helped make the renovation of the historic building that Newgrass occupies possible.

Emily started her work in 2008 as the Executive Director of Destination Cleveland County (DCC). This is also a non-profit organization that was founded out of the concern of local citizens that saw their children going off to college and never coming back. They saw their community drying up, and decided to take action. They commissioned researchers from NC State University to consult with them on a solution. They donated their own time and resources to create and execute a strategy based on Shelby’s unique identity as the birthplace of two legendary music greats. Through capital campaigns, grants, and lots of hard work, DCC has now raised $8 million of the $9 million budget to pay for the Earl Scruggs Center (ESC) and the Don Gibson Theater (DGT). With the opening of the ESC, Emily transitioned into her new role as the Director of the ESC, while the DCC now operates under the supervision of board members. 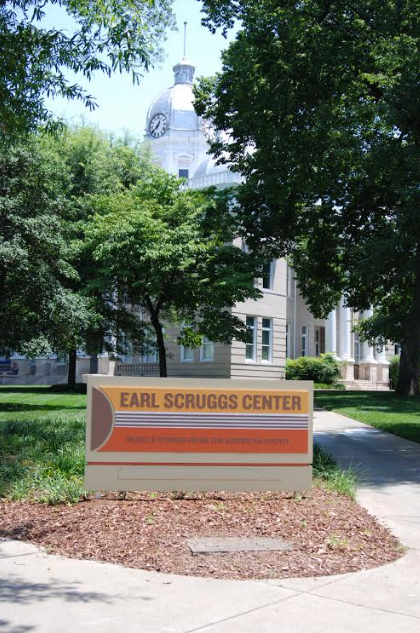 “It’s such an amazing thing to have folks like Jordan and Audrey, who have such enthusiasm and skill sets to do the things that are happening here [in Shelby]. All the positive energy…it’s contagious! It’s like this perfect storm of all these different pieces coming together now,” Epley says. “Now we have people getting on planes in Japan just to come to the Earl Scruggs Center, and they’ll build a two-week itinerary around it.”

Audrey describes the energy in Shelby’s Uptown District as “crackling”. “It’s like this snowball that we’ve been building for a long time.  We keep rolling it around, and it keeps getting incrementally larger. Now we are at a point that it’s taken off! We are experiencing exponential growth with new businesses opening all the time.”

“You know, we just hosted Travis Book of the Infamous String Dusters’ event Bluegrass, Bikes and Beer,” Jordan says. “He put on six events, three in Virginia, three in North Carolina. In NC there were events here at Newgrass, Oskar Blues, and Pisgah Brewing. Out of all of those, we had the largest event, with fifty community bikers! It was surprising. I was like whoa!  Look at Shelby!” 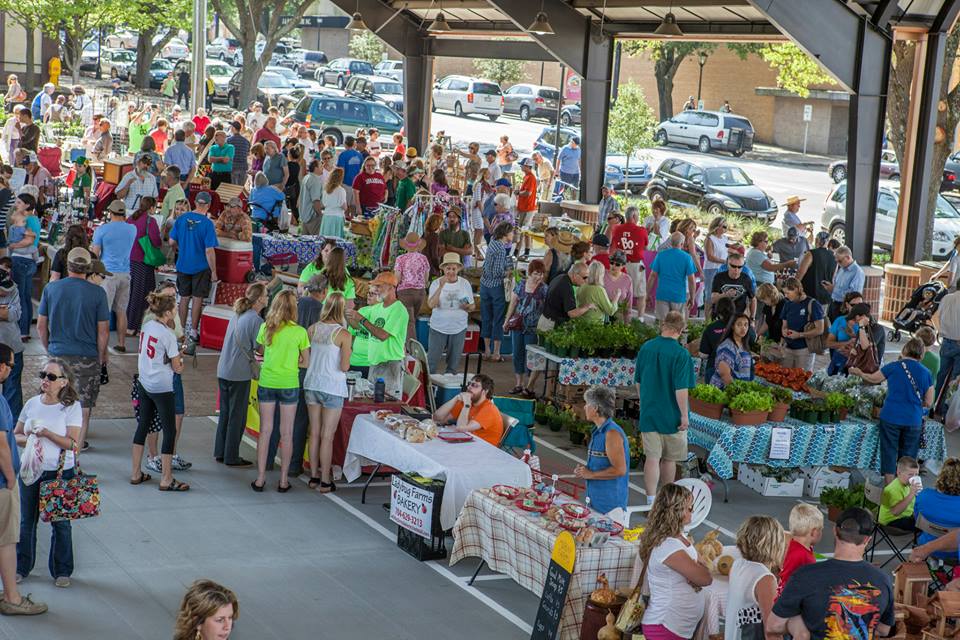 I would encourage all of you to take a look at Shelby, especially if you think you know this town. There is so much going on that will pleasantly surprise you, and Emily is right, the positive energy is contagious!

“This is the only place you could do what we’re doing in this way,” Jordan says. “It’s been incredible working in the beer industry, which is really a tightly knit community.”
“It’s interesting,” Emily interjects, “how similar the beer industry and the music industry are similar in that way. It’s all about collaboration and creativity and support. That’s what the community of Uptown Shelby is like.”

Here’s what’s coming up at Newgrass Brewing and in Uptown:

Star Spangled Sounds: Stories of Music and the Military runs through January 7th. All Active duty military, their families and Veterans get in free thanks to the presenting exhibit sponsor, the City of Shelby.