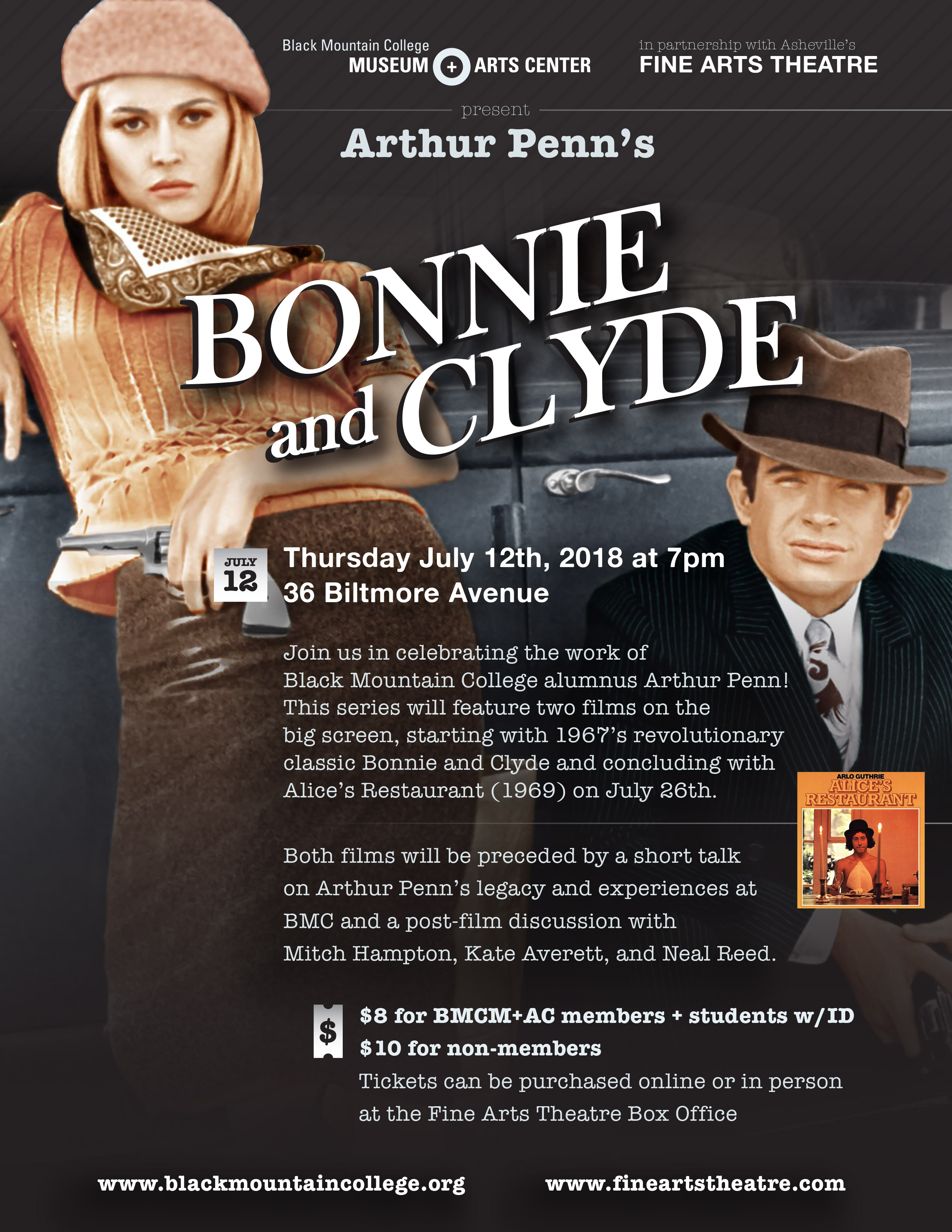 In partnership with the Fine Arts Theatre, we’re celebrating the work of Black Mountain College alumnus Arthur Penn with two screenings of his classic films on the big screen. This Thursday, July 12th at 7PM we will kick off this series with "Bonnie and Clyde." The films will be preceded by a short talk on Arthur Penn’s legacy in American film, a legacy rooted in his experiences at Black Mountain College. Join Neal Reed, Mitch Hampton and Kate Averett for a post-film discussion.

July 12th – “Bonnie and Clyde” (1967). Arthur Penn’s modern classic was revolutionary in its time, opening the door for the hyper-violent, morally ambiguous films produced throughout the 1970s. Warren Beatty and Faye Dunaway star as two star-crossed lovers on a doomed crime spree across Depression-era America. They’re Young, They’re In Love, They Kill People.

July 26th – “Alice’s Restaurant” (1969). This film, based on the song by Arlo Guthrie and starring the musician as himself, captures the essence of late 1960’s counter-culture. Starting with a trip to the dump on a fateful Thanksgiving Day, the film follows Guthrie and his friends through a frenetic series of events that lampoon the Vietnam War and American society.