Reflections on Standing Rock and Immigration

Reflections on Standing Rock and Immigration 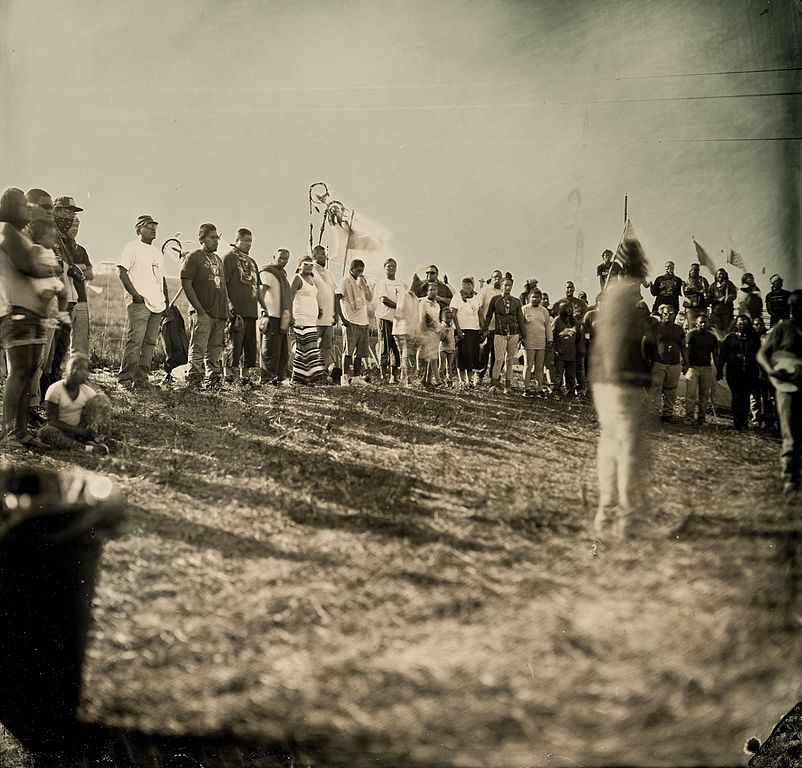 Though the fight is far from over, countless across the nation take a sigh of relief after a letter from the Army Corps denied Dakota Access the right to construct the Missouri River portion of the Dakota Access Pipeline without further consultation. Several solidarity rallies took place on Tuesday November, 15th, including one in Pritchard Park on Patton Avenue. However, respite isn’t imminent and the fight will continue. I can't help but reflect on the gut-wrenching hypocrisy that has been legitimized in recent months within our nation.

Almost half of American voters have resonated with the message of president-elect Trump who has called for a temporary ban on all Muslims entering the United States, a deportation force for all undocumented immigrants and publicly encouraged violence against minorities. While all of this has been taking place, the first Americans, those that were here long before us, have been debased and treated as less-than.

Within recent months, water protectors at Standing Rock have had sacred burial sites desecrated, have been bitten by dogs, shot with rubber ammunition, and locked in cages resembling animal kennels, all while defending land and drinking water that they have every right to defend. At the same time, far-right citizens enact violence against fellow members of humanity whom they feel have less of a right to occupy American soil than they do. Hypocrisy, anyone?

If you are like me, the events of recent weeks have shaken you to your core. Waves of inspiration and despair trough and crest multiple times within an hour. Cynicism colors your view, as you wonder where to focus your efforts, and if there is any point. Both local, national and global environmental human-rights organizations need your help as we face the upcoming changes in legislation. If you have means to give, whether it be your own time or monetary donations, consider the following organizations:

“The NAACP Legal Defense and Educational Fund, Inc. is America's premier legal organization fighting for racial justice. Through litigation, advocacy, and public education, LDF seeks structural changes to expand democracy, eliminate disparities, and achieve racial justice in a society that fulfills the promise of equality for all Americans. LDF also defends the gains and protections won over the past 75 years of civil rights struggle and works to improve the quality and diversity of judicial and executive appointments.” – NAACP Legal Defense and Educational Fund, Inc.

Official website for the peaceful protest. Visitors can learn, sign petitions, and make donations. Protestors are gearing up for winter.

“For nearly 100 years, the ACLU has been our nation’s guardian of liberty, working in courts, legislatures, and communities to defend and preserve the individual rights and liberties that the Constitution and the laws of the United States guarantee everyone in this country.

Whether it’s achieving full equality for lesbians, gays, bisexuals and transgender people; establishing new privacy protections for our digital age of widespread government surveillance; ending mass incarceration; or preserving the right to vote or the right to have an abortion; the ACLU takes up the toughest civil liberties cases and issues to defend all people from government abuse and overreach.” – American Civil Liberties Union

Your guide to local non-profits. “This website lets you explore 47 of the area’s most worthy nonprofit organizations and make donations to as many of them as you like — with one easy checkout payment.” – Give Local Guide