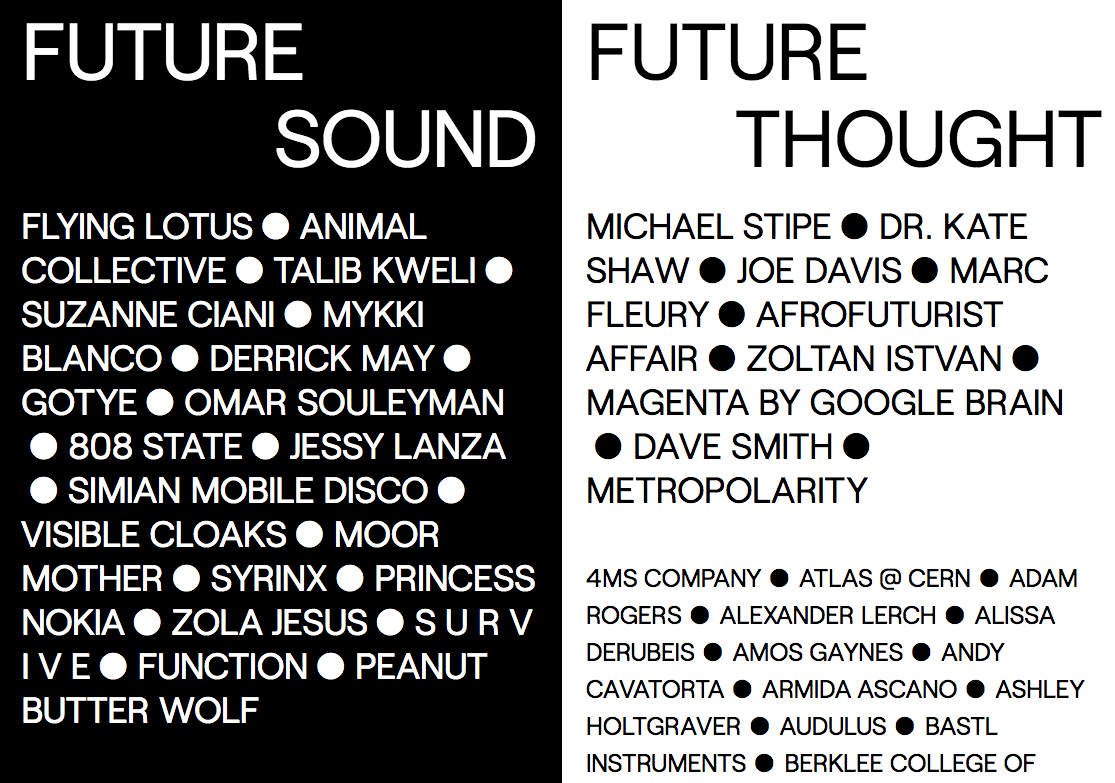 The brains behind Moogfest adopted a slow pace to the finish line this year when it came to announcing the 2017 lineup, dropping juicy tidbits once a week to keep us tantalized. At this point, the schedule has gone live, and new information is still being added about workshops, stages, special events, and, most recently, the Modular Marketplace. Get your passes now—and before May 21, you can purchase a VIP or Engineer pass, which gives you special access to programming and workshops. The festival happens May 18-21 throughout downtown Durham, NC.

The schedule is filled with artists of the caliber that you would expect from Moogfest. All have some sort of electronic bent, and several are going to attract a lot of attention, and fans, including S U R V I V E, the duo behind the soundtrack of hit Netflix series Stranger Things. S U R V I V E will perform two sets over the weekend, one of which will be devoted to the soundtrack. Other schedule highlights that are also big names in the electronic scene: Flying Lotus, MNDSGN, King Britt, Haxan Cloak, Omar Souleyman. Other names we're excited about include Animal Collective, Not Waving, BEARCAT, Wolf Eyes, and KING. Hip-hop artist Mykki Blanco, who had to cancel his performance at last year's festival, will lead a masterclass and will perform on the Protest stage. Michael Stipe, frontman of R.E.M., will teach a masterclass and will reveal an installation piece, Jeremy Dance.

As always, Moogfest brings conversation, performance, and music into the same spaces through their masterclasses, workshops, and lectures. One discussion we're particularly excited about will bring Duke University professors N. Katherine Hayles (of How We Became Posthuman fame) and Mark Kruse together to talk about quantum mechanics and science fiction (if you're interested, you're encouraged to read Greg Egan's novel, Quarantine, first).

The full list of talent at this year's festival is here, and there's a lot more information about artists and programming on the now-very-populated Moogfest 2017 website. Grab your tickets here.