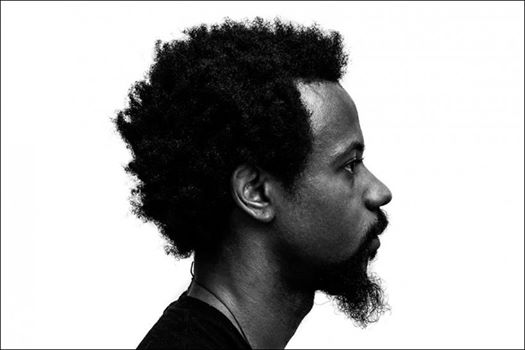 Recent years have seen an explosion of musical talent and innovation in Asheville and the surrounding areas. The electronic music community, in particular, has been invigorated by an influx of producers and DJs who, spurred on by the opening of the Moog Store and Factory and the rise of Moogfest and Mountain Oasis, have sought Asheville out as an ideal destination for creating and performing their work. As a result, Asheville’s IDM scene has quickly become one of the fastest-growing and most exciting in the country to watch.

This Thanksgiving weekend is a perfect opportunity to see exactly how far Asheville has come in terms of electronic dance music, when the Asheville Beat Tape Collective brings the California-based experimental producer Mono/Poly to The One Stop at the Asheville Music Hall. The show also highlights some of the best local talent right now, including Panther God, Samuel Paradise, and Musashi Xero. Also joining the party are Ohio-based Heavy Color and Portugal By Day, Panther God’s downtempo alter-ego. Whether you’re just becoming familiar with these artists or you’ve been following them for years, this evening presents a unique opportunity to see a group of musicians who are either at the top of their game or well on their way. The show, which starts at 10 pm, is only $10 and is a great excuse to take a break from holiday chaos.

The One Stop, located under the Asheville Music Hall, is a smaller venue that has made a name for itself by showcasing underground and up-and-coming talent. The evening opens at 10 pm with Musashi Xero, a locally-based hip hop artist whose deep voice and poetic lyrics are particularly impressive once you’ve actually seen the youthful, compact perfomer. Musashi’s voice glides low and smooth over carefully-crafted beats that roll over the listener like waves. His high-energy stage presence somehow strikes a perfect balance with his chilled-out vocals and music, which incorporate sounds ranging from old-school hip hop to jazz pouring out of smoky basement clubs. Musashi is equal parts urban warrior and mountain child, invoking local landscapes as often as he does the existential loneliness of life in the city. Most recently, Musashi opened for Aligning Minds, Prefuse 73, Jeremy Ellis, and DJ Qbert for Waveforms 2.0, Aligning Minds’ month-long residency at the Asheville Music Hall.

Samuel Paradise, one half of Asheville duo The Emerald Curtain, takes the stage after Musashi. The Emerald Curtain creates songs that don’t shy away from experimentation and innovation. Stylistically, they move through everything from house to downtempo and bring in elements of soul, funk, and jazz. Their music would work well as the soundtrack for your own process of meditative creativity, but it’s also equally perfect for dancing. Their style ultimately eschews categorization because it seamlessly blends elements from across the wide and varied world of electronic music. The Emerald Curtain’s most recent track, “The Sun,” makes it clear that these guys create chromatic, complex layers of sound that are alternately sweeping and refuse to coalesce. Paradise’s music inspires not just a moodstate, but a mindstate that soars to cerebral, imaginative realm and invites you to stay a while. Listen to “The Sun” below and check out his Soundcloud page.

Heavy Color brings his totally unique sound to the evening after Samuel Paradise. Heavy Color is one of the most exciting producers making music today because of his signature style, which is both chameleonic and very much his own. He’s well-versed in an astonishing variety of musical styles that cross geographic, temporal, and cultural boundaries. Songs bring in elements of Afrobeat, Caribbean, East Asian, tribal, experimental jazz, and hip hop music to create pieces that become more than the sum of their parts. Heavy Color clearly has a deep respect for and knowledge of tradition, but he’s equally invested in the future of electronic and experimental music. His sets invoke the retrofuturist and the totally contemporary, the global and the culturally specific. Heavy Color’s performances are also synesthetic experiences of aural and visual play, incorporating live percussion, organic sampling, and synchronized audiovisual projections. His Soundcloud is an experience worthy of your time.

Panther God, who takes the stage after Heavy Color, is a master of his craft. His most recent album, Golden Changes (2014, Outside Recordings), is remarkable for its distinctive and instantly recognizable style, which unifies every piece on the record. Panther God has carved a niche for himself through his creation of heady, intellectually complex beats that are still effortlessly grounded in deep, danceable bass. As with the other artists performing, his music pulls from a variety of aesthetics and moodstates, but the vibe that emerges is unique and unstoppable. Songs mix irreverent beats, playful samples, and arcade-style blips with dark, more intense rhythms, enriching the music and transporting it to a whole new level. Panther God founded Circuitree Records and just released a new mix (available on Bandcamp for the unbelievable price of free). He’s also collaborating with Musashi Xero on several new tracks, proving that he’s basically an unstoppable force of musical innovation.

Headliner Mono/Poly is a testament to the pure possibilities of innovative electronic music. His music is a perfect synthesis of the avant-garde, the spacey, the experimental, and the dance-worthy. His recent LP, Golden Skies (2014, Brainfeeder) is an aural journey through the astral realms, a deeply satisfying album that includes transcendent melodies and moments of pleasing dissonance. Golden Skies feels like a utopian science fiction narrative in sonic form. Songs like “Transit to the Golden Planet” and “Ra Rise” map otherworldly territory that is also hauntingly familiar in its invocation of humanity’s religious and mythological traditions. It’s no surprise that Mono/Poly is on the Brainfeeder label, created by Flying Lotus, and which also produces albums from cutting-edge artists like Daedelus. The chance to see this Los Angeles-based producer in Asheville will likely not come again for some time. Listen to Mono/Poly’s Soundcloud, and check out Golden Skies as soon as possible:

Friday evening at the One Stop will be a night to remember, not only because of the high degree of talent and versatility that will be showcased, but because most of it comes straight out of Asheville. Even those artists who are coming from farther away just continue to prove just how far our city has come in the global electronic music scene. It’s also the ideal break from whatever else might transpire on this Thanksgiving weekend. If you’re in town, make it a priority to see this show.