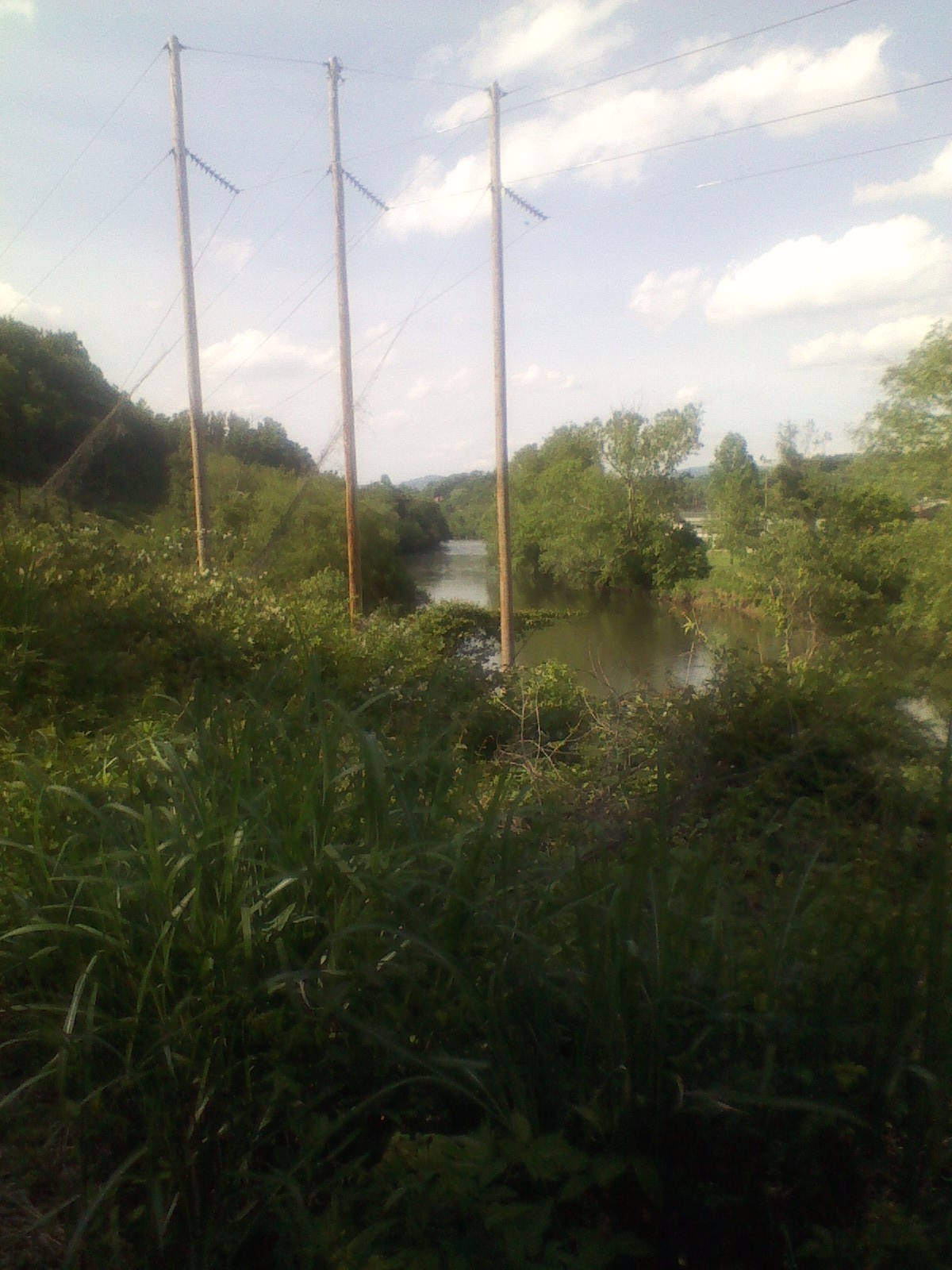 One ritual I cherish is reading the "Missed Connections" section of the Asheville Craigslist. I sometimes forget about it for stretches of time, but other days I check it as often my email. Reading the missed connections for any city is taking a dip into a bath of human neuroses and longings--an invitation to soak in need, want, fear, desire. I find the mere fact of their existence soothing--this quirky human instinct for connection and the pitfalls of its execution, a reliance still on the written word to communicate for the heart what the mouth cannot. And the typos! The typos are golden. Consider this recent gem of a post title: "Beautiful girl riding her yellow bike threw the arts district."

The posts range from puerile requests for head to heartfelt odes to platonic beauty to heartbroken screeds and bitter warnings about the perils of love. I love it all with abandon. I feel like an anthropologist of my own community, sometimes literally shaking my head at what I uncover, a map coming into place in my head microcosmically, all urges, locations, sightings laid bare, artifice applied and artifice ignored. How could one not love the plaintive cry of "I will not be doing any medium work today so please do not ask in your email"? So very Asheville, that exasperating and charming combination of Southern good manners and hippie idiocy and the entitlement of the chronically underemployed artistic type.

My foray into the world of online flirting-and-running-and-posting began when I moved here four years ago--nearly 24, heartbroken and with no idea how green I really was, plunged into small city life after ten months in a tiny rural winter town, two months before that spent completely alone on the road. I slept in a lofted bed in a house under construction where my twin's boyfriend was staying. The August days held a strange unsinkable heat. I sweated through my clothes every afternoon, lifting hair heavy with humidity off my neck, paying a series of men my last shekels to repair my truck, staring into the haze of blue mountains that framed each scene, licking sweat off my lips, wondering what on earth had brought me here, what magic the heat was working through me, that strangers said hello to me on the sidewalk, in the hardware store, everywhere and anywhere there was someone asking me how I was who seemed to really care.

I went for slow runs around the block where I was staying, memorizing street names, climbing over gravestones in the cemetery on the hill where I discovered O. Henry was buried (his "Gift of the Magi" the ultimate missed connection, perhaps) and falling spectacularly on my face on one memorable occasion downtown, sidewalk grit ground into the heels of my hands and knees. Not even a day later I woke up next to my friend in that lofted bed--the night spent sitting on the kitchen floor, eating tortilla chips, swapping jokes about having ashtrays for hearts, drinking a brew of found alcohols combined with juice on sale at Greenlife--and sat up directly in the path of the heavy wooden ceiling fan, was nearly knocked unconscious by the blow and began wailing in pain, warm blood gushing from my temple over my face and covering my tank top, my sister's boyfriend Kyle performing wilderness first aid on me in my underwear, blood-spattered and shaky in the bathroom. I wore a band-aid on my face and banged up knees and hands for my first two weeks in Asheville, meeting potential roommates and employers and new friends with what I hoped was a bashful and not battered air.

I moved into my own place, had my first series of jobs, fell for the Asheville classic (seduced and dumped in quick succession by a bartender with an eye for new arrivals) and back out of it (see: "men who would not, could not, find the motivation to take action to heal their own wounds"), dabbled in therapy that wasn't sticking yet, went to donation yoga classes not believing my luck, and generally held on for dear life.  It was in this state (call it transplantaité) that I experienced my own first missed connection. I went out with my sister and her farm worker friends to a trivia night at a bar in West Asheville, my new neighborhood. I was wearing a shirt from Goodwill my parents had bought me during their September birthday visit, a soft navy blue polo with the words Yu Ken Cut It in white lettering where a breast pocket would go. A few years later I recognized the slogan as being the name of a place out in Arden offering janitorial services. The conversation ranged from rent to debt to trivia team names to handjobs, the hilarity and slight hysteria of the recently moved and currently broke. We walked down the warm, rainy street, saw not-yet-familiar faces. We ended the night at a place with ping-pong and foosball and such, buying the cheapest cans of beer they had and sitting on stools at the bar. I don't know whether it's a trick of my imagination or not--knowing as I do now what would come next--but I think I remember making eye contact with a dark-haired man on my way to the bathroom, crossing my legs and turning toward him again as I sat back down at the bar--a pleasant little frisson of nonverbal flirtation.

I woke the next afternoon, and scrolled through the internet alone in my bed, late summer light streaming in, Yu Ken Cut It shirt on the floor and skirt tugged down my hips in tangled sheets, a hungover reverie. I've tried to find the original text but it's gone now, another lost piece of Craigslist ephemera, a fitting symbol of the fleeting temporality of the internet in general. It said something about my glasses, my thigh-high black socks, my dark hair. I don't remember the exact words, and I eventually lost that shirt, but I remember that night. I remember the feeling of waking up and grinning to myself, my temples pounding with the first but definitely not last craft beer headache of my Asheville tenure, already reaching for my phone to text my friends about it, knowing it was sort of silly and vain but not caring because hey, I'd had an impact on someone, and someone thought my ashtray of a heart was at least wrapped up in hot packaging, and at 23, that was good enough for me. I had arrived, baby.

That's what I love about missed connections: however much they misfire, misspell, mistake attention for attraction or friendship for love, they also record. A moment in time recalled in solitude (near enough to the essence of poetry, I've heard)  followed by another moment, building on the first, of creation or discovery. In either role one's hands are hovering above a supposedly dehumanizing keyboard. But in each case there is a drawing out of yourself, into your own written expression or in the act of reading someone else's impression of you.

After that experience I started reading the section religiously. I looked for clues, talked and texted about it with friends, witnessed the sometimes beautiful, sometimes awful words of those unable to speak but full of feeling. Sagas unfolded, tales of betrayal, divorce, pregnancy, marriage--tremors of trouble and new love throughout--the trembling hope of a first meeting, the pangs of consummation, the isolating wrench of lost or broken relationships. I looked for myself in the listings, scanning for mention of any recent outings, place names, key descriptors. I looked for my friends, and exes, and coworkers, any identifying detail setting off a chain of conjecture. Sometimes there would be a lull, with only a few postings a day. Holidays were a sure sign that there would be a flurry of yearning, a rush of  people trying to make something happen with someone, anyone, even a stranger in line at the Family Dollar, serving you food in a restaurant, making their way across a parking lot with child in tow. I would have a romantic or erotically charged encounter with a stranger and peruse the section for hours or days afterward, hoping to see a note. I would fantasize about writing my own posts, although I never have. To the owner of the perfect red Nissan pick-up outside the yoga studio with flowers on the dash--I'm still looking for you.

If nothing else, reading missed connections has proven to me that there is truly someone out there for everyone--in the most basic sense, others are looking at you, seeing you, attempting to make themselves known. There's no way of knowing who you might attract. Sometimes this is not a pleasant revelation--there is humor and light and poetry in these pleas, and also cruelty, violence, pain. When I'm feeling the worst about the world and the worst about Asheville I see the story played out in this online arena as proof that many people are ignorant, sexist, trapped, greedy, hungry for power. At other times I see the sheer joy of the people living in these mountains, flipping their tables, selling their art, trying to survive--and taking a moment to compliment someone's smile, to let it be known that someone else's beauty or warmth or charm changed their life for the better, however briefly, to offer condolences to those still seeking love or those recently burdened with loss, to ask to be seen.

To see and understand this duality--this is the true education of the missed connections enthusiast, and it's why I can't tear myself away from them. Trash posts or treasure, they represent nothing less than the multiplicitous and unavoidable realities of the human condition itself. And Kevin, whoever he is, has a lot to answer for.