Me Too: My Harvey Weinstein

Me Too: My Harvey Weinstein 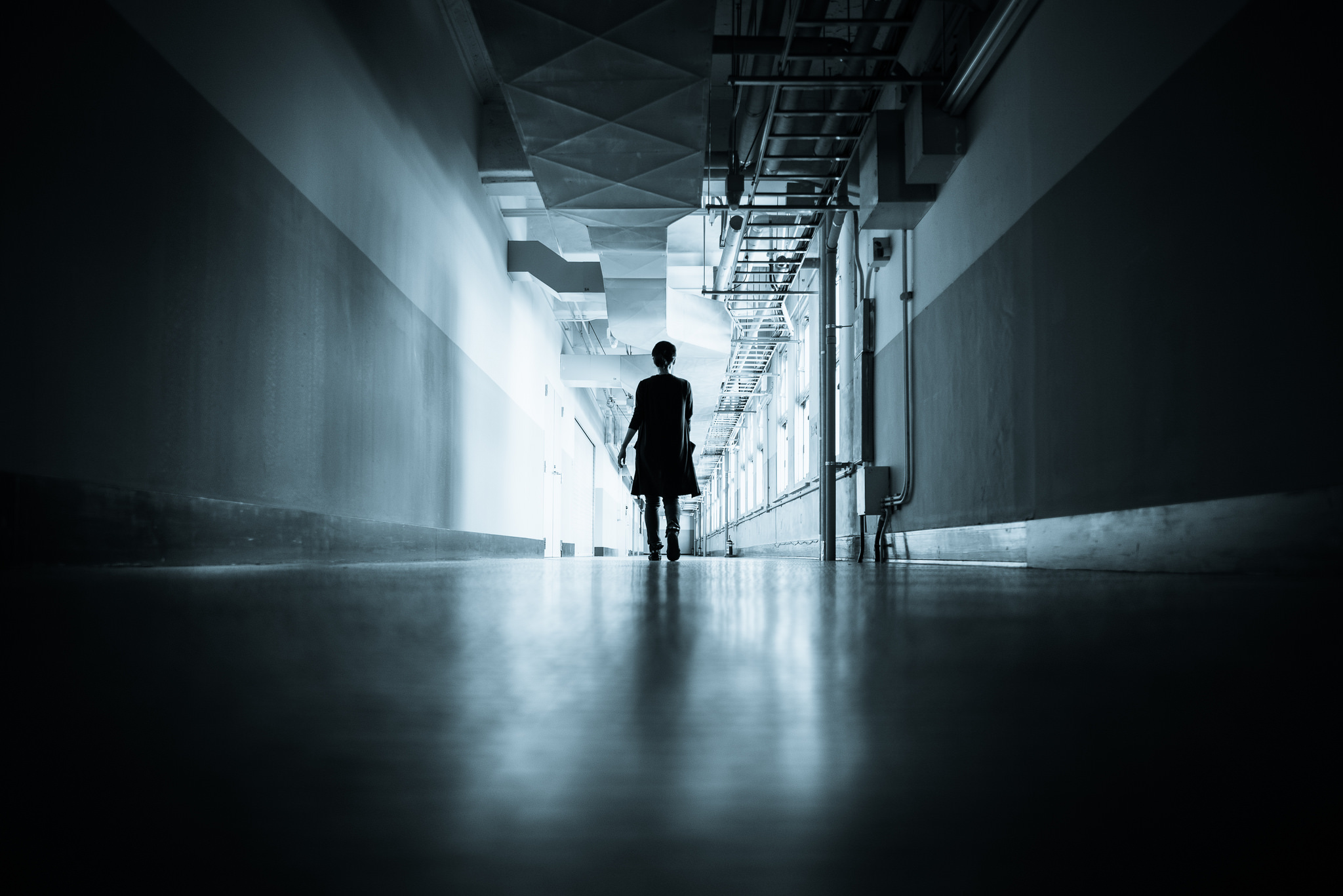 My Harvey Weinstein wasn’t famous, but he was rich and white.

As I listen to woman after woman come forward with allegations of years of sexual misconduct from film producer Harvey Weinstein, I hear the fear in their voices, coupled with a sense of relief that they can finally talk about their secret. I hear these women discuss the guilt and shame and all the reasons they didn’t say anything sooner. It has finally made me realize that I have to tell my story. I am not ashamed of what happened to me anymore, but I’m still angry as hell.

I was 18 years old, working as a manager at a music store in the mall. A new movie theatre that would also serve food was opening next door. I was hired for a waitressing position and worked with other staff to prepare the restaurant and theatre for its grand opening.

The owner was there every step of the way, overseeing the building of his new great business venture.  When the owner saw my hard work and dedication, I was promoted to shift manager. I received a whole extra dollar per hour—$3.15 instead of the server minimum wage. It honestly wasn’t worth the extra buck; I had to stay late to make sure the theatre was perfect and everyone had completed all their duties before close, which often meant me doing others’ duties. But I jumped at the chance.

The owner and I had a great rapport. He was born and raised rich with daddy’s money to start his businesses. He enjoyed that I loved classic rock songs that I was too young to remember. We often talked music while I listened to his wild stories about his days promoting in the L.A. music scene and his theories on who really killed JonBenet Ramsey, which he knew about from his “inside source.”

The owner took an interest in me. He told me that there were big plans for expansion and that new locations would be opening once this one got off the ground. If I kept up my good work, there would be opportunities for advancement to a management position at a new location slated to open near the beach. I would be making up to $50,000 a year.  To me, this was (and is) a lot of money.

I decided to take the first semester off of college and get my real estate license while waiting and watching to see if this opportunity panned out. It would be my opportunity to be on the ground floor of a business I had been convinced had lots of potential. It was so good even my grandmother would understand why I would skip the whole college thing.

Now that I was shift manager, I was often one of the last people to leave. On this particular night, it was just the owner and me left to close up shop. We locked the doors and he walked me to my car. It was a dark parking lot in a remote area, so it was for my own safety.

Little did I know, the predator wasn’t lurking behind my car, but right next to me. The owner leaned over and put his hand around my waist. Then, he pulled me towards him as he pushed his wrinkly hand up my back, underneath my shirt, all the way up to my bra line. I couldn’t tell you exactly what I said or did next, but I know I got the hell out of dodge before things got even worse.

I was so naïve. All of this time I thought that this man admired my intelligence and perseverance. I thought he saw all the potential my mother always told me I had. Yet, all he had seen was a blonde, 18-year-old piece of ass. I felt so stupid.

If you are reading this right now and thinking about what I was wearing, or if I gave him the wrong impression by chatting with him about rock music or JonBenet or if you’re wondering if he really meant to put his hand up my shirt, or why I was walking with him alone with him in the first place, or if I should have screamed at him or smacked him right then and there, then you are thinking all the things I have thought to myself over and over again. And you are naming every reason why I don’t tell people, especially men, this story. I’m not even sure, before now, if my own father even knows.

This is probably because of what happened next. I’m a feminist, just like my momma raised me. So, when I told her what happened we decided that I had to take action. The next day, I went to work and confided in one my female supervisors. I broke down in tears as I stood outside telling her about what happened. I told her I liked my job but I couldn’t work around this predator anymore. I quit.

We called the EEOC (Equal Opportunity Employment Commission) and I filed a sexual harassment complaint. A few months later, I found myself in a room with my mom and two attorneys from the large parent company that was backing the business venture. As I sat there, I listened to them tell me for hours how it was my fault. We may have only been there 30 minutes, but when someone is accusing you of being a lying whore, it can feel like an eternity.

Furthermore, I learned that the law around sexual harassment says that you have to say “no.” Or, as another boss of mine would later say “It’s only harassment if its unwanted.” I was supposed to confront this man in a dark parking lot alone at night to tell him I didn’t want his gross hands anywhere on my body.  Instead I chose my own personal safety and fled the scene.

The lawyers asked me what I wanted. I said I wanted him to be fired. They told me that absolutely would not happen and that I had no case at all. They offered me $1,000 to close the case. I wasn’t in it for money. I told them so. I refused the settlement and walked out, crushed. The only solace I had was knowing that my case would stay on the books should any women file a complaint against him in the future. If I had settled, it would have included a nondisclosure agreement.

I had been harassed by customers starting at my first job, but this was the first time I’d been harassed so brazenly by my employer. Sadly, it wouldn’t be last. I learned quickly that speaking up could make things worse.  I have been regretful that I used what I have been told is my “one chance” to file with the EEOC because doing so again would make it look like a “pattern.” As if I created the pattern, as if it wasn’t meticulously stitched into the fabric of the society in which women exist.

I’m glad for the women who are finally able to break their silence on Harvey Weinstein. I hope you believe them. But how many women does it take before we are believed? I did the “right” thing. I told my story right away and went through the systems in place that are supposed to protect me. I was told that my voice didn’t matter and that I could be crushed with expensive corporate lawyers like the lying little slut they said I was.

I’ve never quite been able to shake this feeling. I know today not to trust men in positions of power. It seems to be the only safe way to go about my life. Now, every time I receive positive feedback from men in the work environment, I have to wonder if it is really based on my work, or if there is another more devious motive. This is one story at one job, but I have many more for what being a woman has meant to me in the workplace. If you are a woman reading this, I’m sure you do too.

Actress Gwyneth Paltrow, who too was a victim of Weinstein, said “We’re at a point in time when women need to send a clear message that this is over. This way of treating women ends now.” I hope she’s right, but I have a strong sense that women still have a long way to go. Gwyneth Paltrow has an incredible amount of privilege and power and even still she did not feel she could speak up until other women joined her. Think about that.

I know there are countless other Weinsteins who, through money and power, will keep women silent. But it isn’t just the Harvey Weinsteins and the corporate lawyers that are to blame. It is the people who, when hearing these stories, will cast doubt on us and our experiences. Even worse, they will make us out to be the problem.

I don’t share this story with many people because of the fear I have of being hurt further by the people who will question me, blame me, or minimize my trauma. I can’t live with that kind of fear anymore because, regardless of the reaction, our stories need to be told. More importantly, they need to be heard. They need to be believed. I can only put this out into the world and hope that you believe me.

I hope every woman who reads this will want to share her own story too. Maybe you aren’t ready to tell the whole world. Try to find the strength to tell the people you love and tell the women you know. It doesn’t need to be a secret, because it isn’t your fault. There is power in numbers. It is going to take a lot of us demanding accountability to break this cycle of abusing women.

For the men who are reading this, you can help change the tide. In fact, it is your responsibility to be a part of this change because we cannot do it alone. Lift up these stories. Share them.