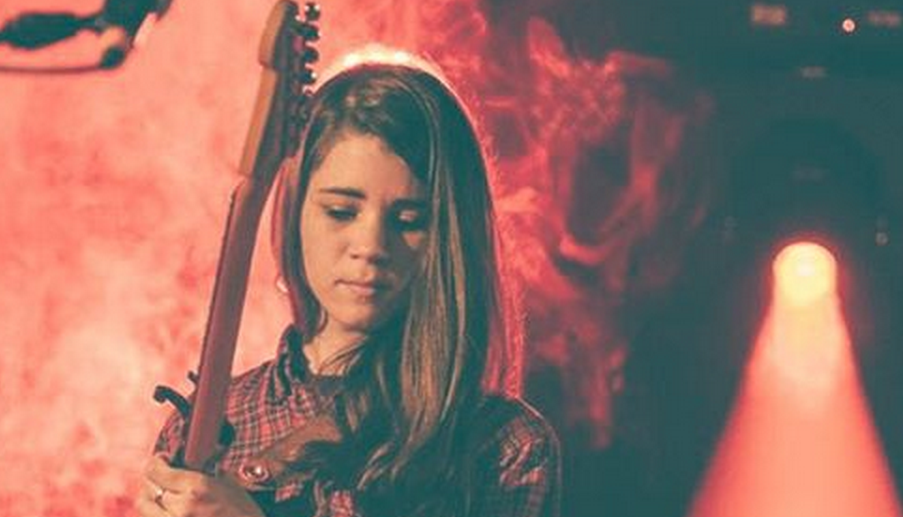 To many, Lady Lamb (aka Aly Spaltro) is an enigma. Her songs are at once intimate and unbridled – both deeply personal and existentially contemplative. Spaltro is a fearless performer who can command a pitch-black stage with nothing more than her voice. Yet, when the band bursts in and the lights come up, what began as a demonstration of restraint shifts seamlessly into an emphatic snarl.

Asheville Audiophile: Aly – thanks for taking some time to chat. We are stoked to see you at the Mothlight. It’s a really cool little club, although not that little, run by some of my favorite people in town. I have seen some of my favorites there, in past few years, so you are in good company: Kevin Morby, Angel Olsen, Woods.

You now live in New York, relocating from Brunswick, Maine; How has that changed your song writing and/or sound? Is it fair to say, that has been part of your growth and exposure?

Lady Lamb: I have lived in New York for the past 5 years. Honestly, I don’t feel like the city itself has inspired changes in my music. It’s mostly that my music has grown with the time and technology; the ability to write and arrange a full song in my bedroom with headphones – which is something I had to learn to do living here and being quiet in an apartment. It’s a lot different than being plugged in with a PA in the basement of the video store. New York hasn’t necessarily inspired me, like I said, but I have had to find ways to write loud music without making a ruckus.

AA:  The first, full album to get released was Ripley Pine, and it was as Lady Lamb the Beekeeper, and on After you dropped the beekeeper part. What was the beekeeper part about and why did you drop it on this album?

LL:  It was this moniker I came up with when I was 18. Pretty shortly after I started using that, I didn’t really feel connected to it, but thought I needed to use the name as I had already gotten my start. This year I felt like I was much more into just Lady Lamb and abbreviated it.

AA:  Where does Lady Lamb come from? Anything in particular?

LL:  Umm, well to tell you that, I would have to tell you the whole story. It was something that I think I dreamt up, because it was in my notebook one morning when I woke up. I don’t really have much of a recollection of doing so. To me, Lady Lamb was always a character, a fictional woman; and it stuck all these years.

AA: I have been listening to “After” on repeat for the past couple of weeks, but just recently went back and listened to “Ripley Pine”.  There are obvious similarities, but also some stark differences. Is there anything that occurred between the two releases, that influenced the progression of your sound?

LL: I think it was mostly just thematically, growing up, and kind of figuring things out about myself as I got older. The first album was more about what I wanted from others, and the second record is more about myself. In a lot of ways I think the new album is much more personal; even more vulnerable than the first. Even though it may seem like the opposite. Musically, it was all kind of subconscious. I had the lyrics first and the music came after. I did make a conscious effort in that I wanted it to be more accessible musically and have some sort of punchy, riffy, catchy parts to it.

AA: That makes sense, now that I hear you say it. Do you think fans who have discovered you would know that difference between the two albums and your progression?

LL: That’s really hard to say… I am not sure how people hear either album. I think it has a lot to do with circumstances and where people are at in their own lives when they hear it; and what they seek out from the music. I do hope that the overall feeling they get is that it is earnest, and sincere work.

AA: I heard you got ripped off in Brussels on your Euro tour. That sucks. Were you able to recover the stolen pedals and merch?

LL: No. I will say that one of the better decisions I have made in my career recently was getting band insurance. You hope it never happens to you, but because I had gotten the insurance I was at least able to recoup the money to replace my pedals. I highly recommend that for any touring band. No matter how smart you think you are being with your gear, it can // does happen and people get robbed all the time.

AA: Other than that, how was the rest of the Euro tour?

LL: It was great! The crowds were awesome, and into the new songs. It’s fun to go over there and see people singing along. Then you meet them after and realize that English is not their first language, but they are still getting something out of it. It was really rewarding to experience.

AA: Your new album After was released on Mom + Pop. That is a rad label with a wide variety of different artists. How has that relationship been and is that influential on the music you made for the album?

LL: They don’t have anything to do with my sound; but they are a group of people that understand what my sound is and appreciate what I do. I feel very supported by them. After the the album was finished, I approached them, and I feel lucky that they wanted to partner with me. They are great, and their roster is so diverse. I am very happy working with those guys.

AA: What is behind with the “bloody” font on the album art and merch?  I believe the font is called “double feature”.

LL: That is something I stumbled upon. When I make an album I try not to force what the visuals will be. Sometimes I get stressed out about, “What is this campaign going to look like?”  The visual feelings I wanted to get across came late in the game, when the album was pretty much done. Both album covers I made myself, and the font just stuck with me. For whatever reason, one of my themes is like jam, you know fruit jam. I like the idea that jam can be misconstrued as blood.

AA:  You have been touring extensively – Canada, West Coast, Europe, and now this East coast leg. What is one of the whackiest, weird, off the wall things that has happened on the tour?

LL:  Um, that’s such a tough question. I would love to tell you that weird funny things happen, but it is mostly just driving and being in the car, and stopping at gas stations. Nothing so crazy has happened that even would even come to my mind right now.

AA:  Awesome! it was great chatting. I look forward to the show.