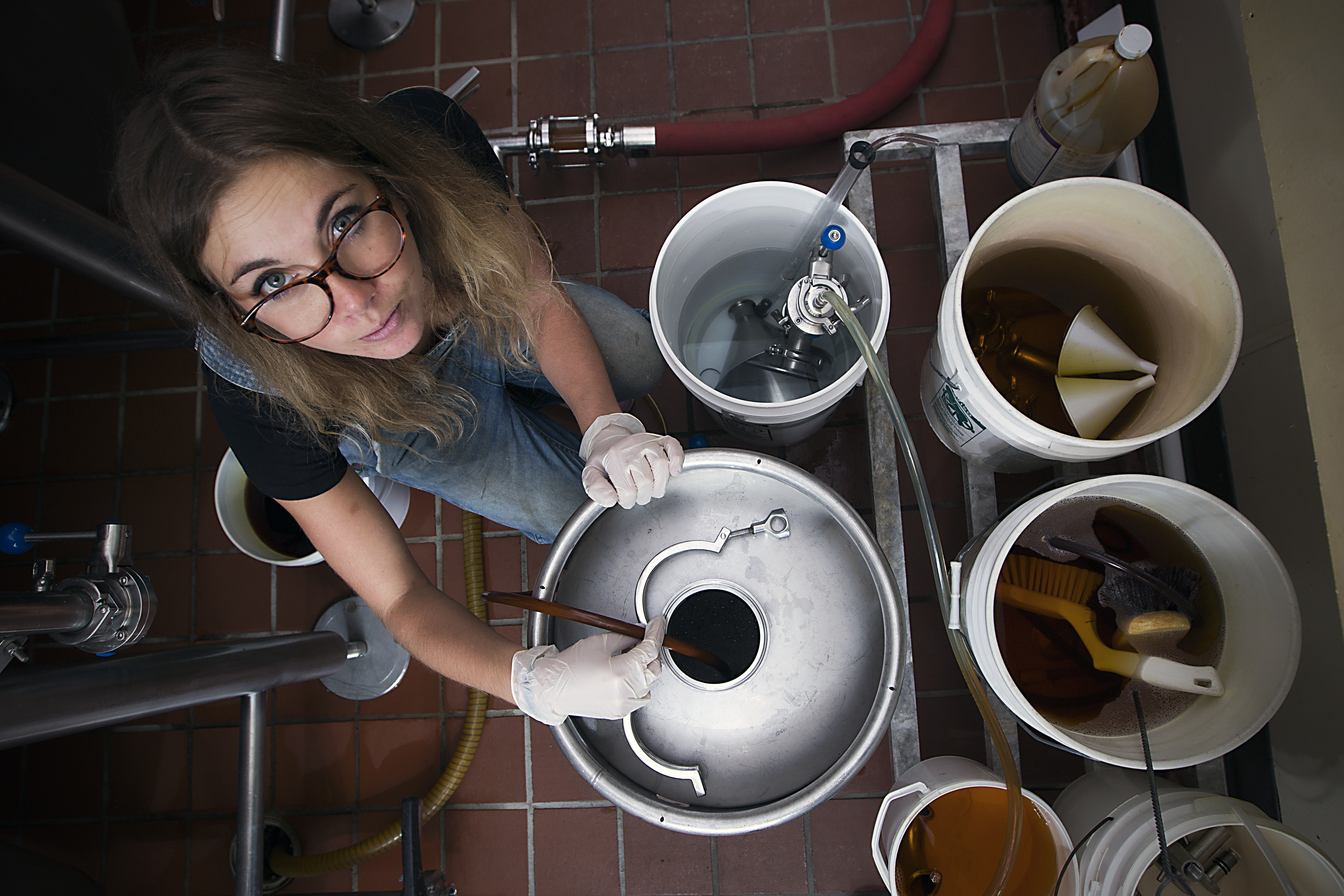 This time of year is all about getting out of our schedules, out of doors, and even (dare I say it?) out of town. I know, sacrilege. But hear me out!  In addition to great beaches, Wilmington has a lot that we in WNC love about our mountain towns: a thriving arts scene, a chic downtown full of independently owned small businesses, plenty of quality local music in a variety of venues, and…wait for it…breweries!

Wilmington boasts eight local breweries, and there are two more coming soon. There’s no reason you can’t see them all over the course of a long weekend, but if you have to choose make sure you visit Front Street Brewery. Celebrating its 21st year in business, Front Street is the oldest and most established brewery in Wilmington.  They produce about 1200 barrels (that’s 296,000 pints) of beer each year. Most of that beer is made by Front Street’s Head Brewer, Kelsie Cole. 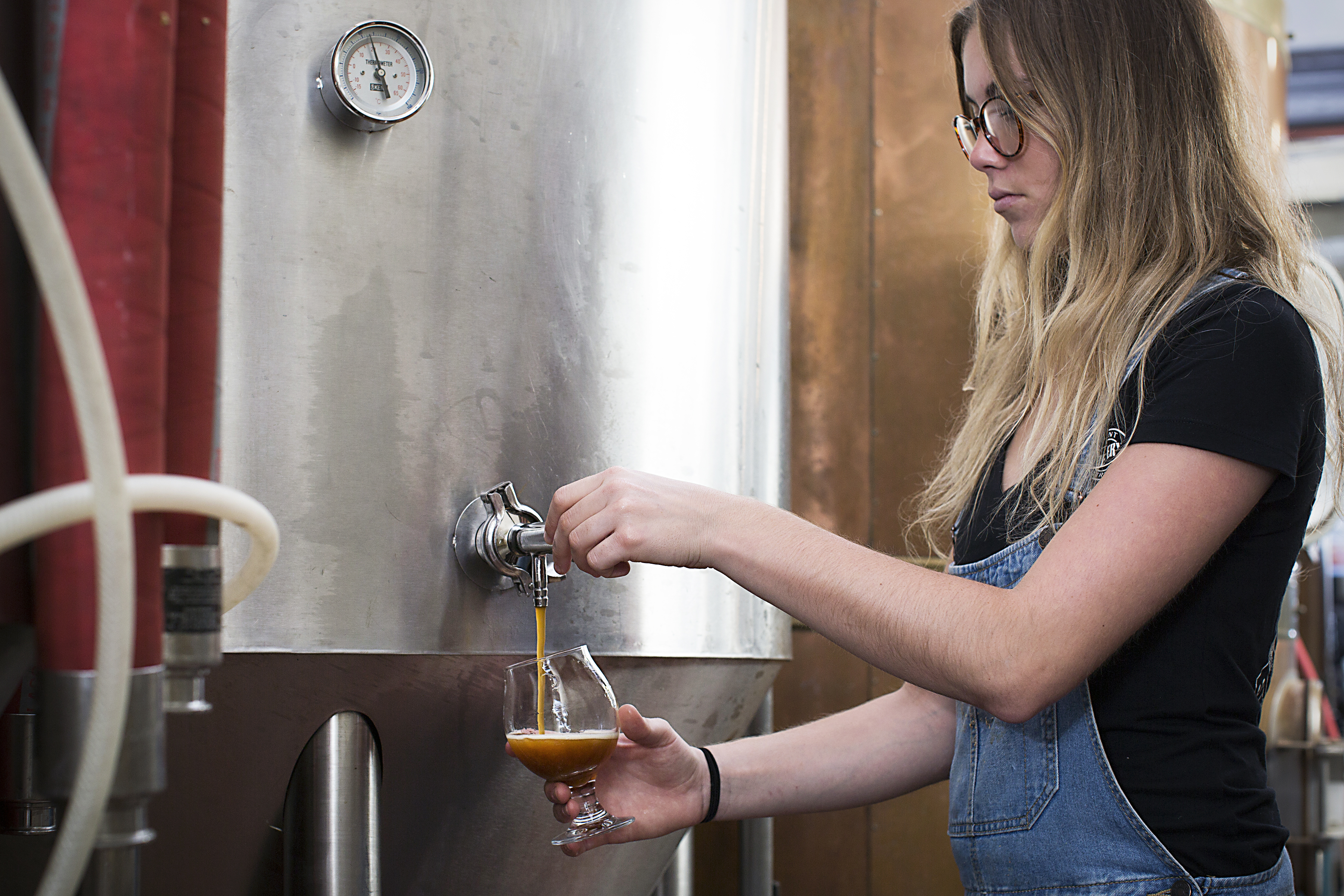 Kelsie started working at Front Street as a hostess in 2008, when she was just eighteen years old.  She quickly transitioned to serving, and then bartending her way through college.

With the help of Front Street's former Assistant Brewer, Christopher McGarvey, I started home brewing.  That was the nail in the coffin for my career path in sales, and utilizing my Business/ Marketing degree.  Using my creativity and passion for flavors was more important to me than talking about such flavors. The introvert in me began to realize maybe making the product I'd been selling and pitching for years would be a more appropriate path.

In 2013, Kelsie made the transition from front of the house to beer production. In three short years she’s gone from cleaning kegs and helping out to Assistant Brewer, to Head Brewer. “The past three years have flown by so fast I'm still trying to press pause and embrace everything.”

Kelsie has literally embraced everything about her role. Very quickly she’s learned to fix pumps and glycol systems. She’s tackled the challenge of a poor barley crop year, and has become one with the twenty-five year old 10 barrel system. Kelsie says she enjoys being in control of the brewhouse, even though she realizes that some things are outside of anyone’s control on an older system. “How involved you are is reflected in how the beer turns out. Being the one person in charge of the wort (unfermented beer) is a lot pressure. Not only do I have Front Street’s legacy to continue, but my name also goes out with every beer that I make.”  Kelsie uses that pressure to constantly improve. “I am always asking myself how I can change a recipe to make it better, or improve my efficiency.” 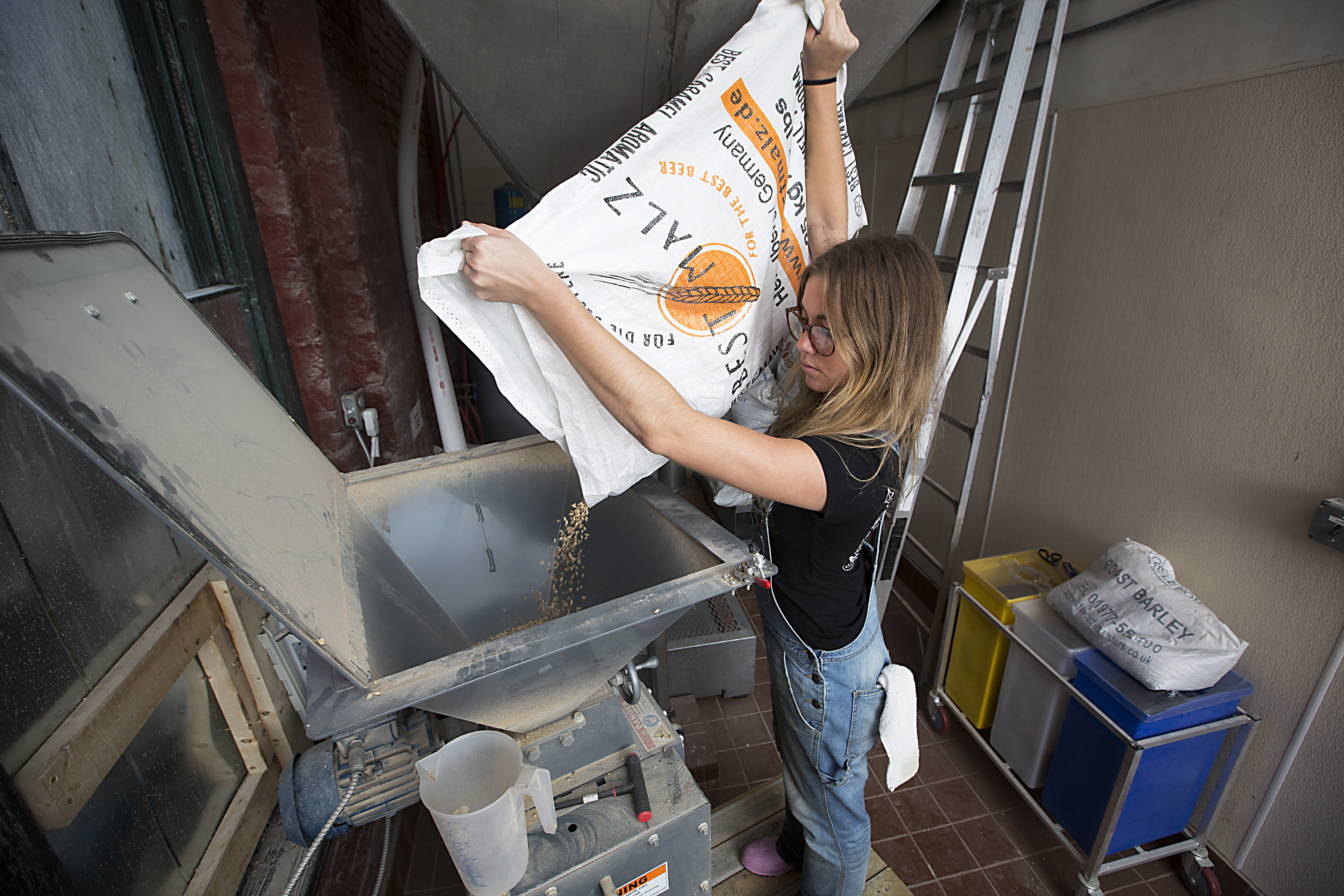 Being twenty-six years old and eight years into a career in the craft beer industry, Kelsie has literally grown up in Front Street Brewery. “A few years ago I was bright-eyed and bushy-tailed. I wanted to learn and do as much as I could. These days, I’m trying to focus on finding a balance while taking on more responsibility both at the brewery and in the community. I’m working a lot of hours in addition to traveling frequently to attend conferences.” Now, she says the focus is on not overworking herself and carving out time for relaxation, as well as giving back to nonprofit organizations that are doing amazing work in Wilmington.

Her solution to all of these life challenges is Warrior Two’s and Brews, a yoga class at the brewery that takes place every other Monday.  They suggest each attendee donate $10, which is then donated to local charity organizations. Fifty percent of the proceeds are donated to Yoga Village, a small, local non-profit that works to get yoga in classrooms across New Hanover and Brunswick County. The remaining fifty percent goes to another local NP of the instructor's choice.  “Since we started in September, we’ve raised over $2,000 for local nonprofits. It’s so cool to walk into a place and hand them a check and thank them for what they do,” she says. “It feels good to support the people that are the core of the community.”

These donations are in addition to Front Street’s preexisting charity beers that are made each year for the sole purpose of supporting different sectors of the community. One of these beers is called Battleship Pale Ale, and supports the preservation of the USS North Carolina, which is docked in Wilmington.  It is retired from active military assignments, and serves only as a museum. This year, the release party of Battleship Pale Ale took place May 23rd on the deck of the ship, with a Warrior Two’s and Brews session to kick off the festivities. “I get goosebumps just talking about it,” Kelsie says. “Here’s this battleship with guns and cannons and implements of war, and in the midst of all of it, we’re doing yoga, which is all about peace and harmony. And we’re going to do a lot of good for our community in the meantime.” 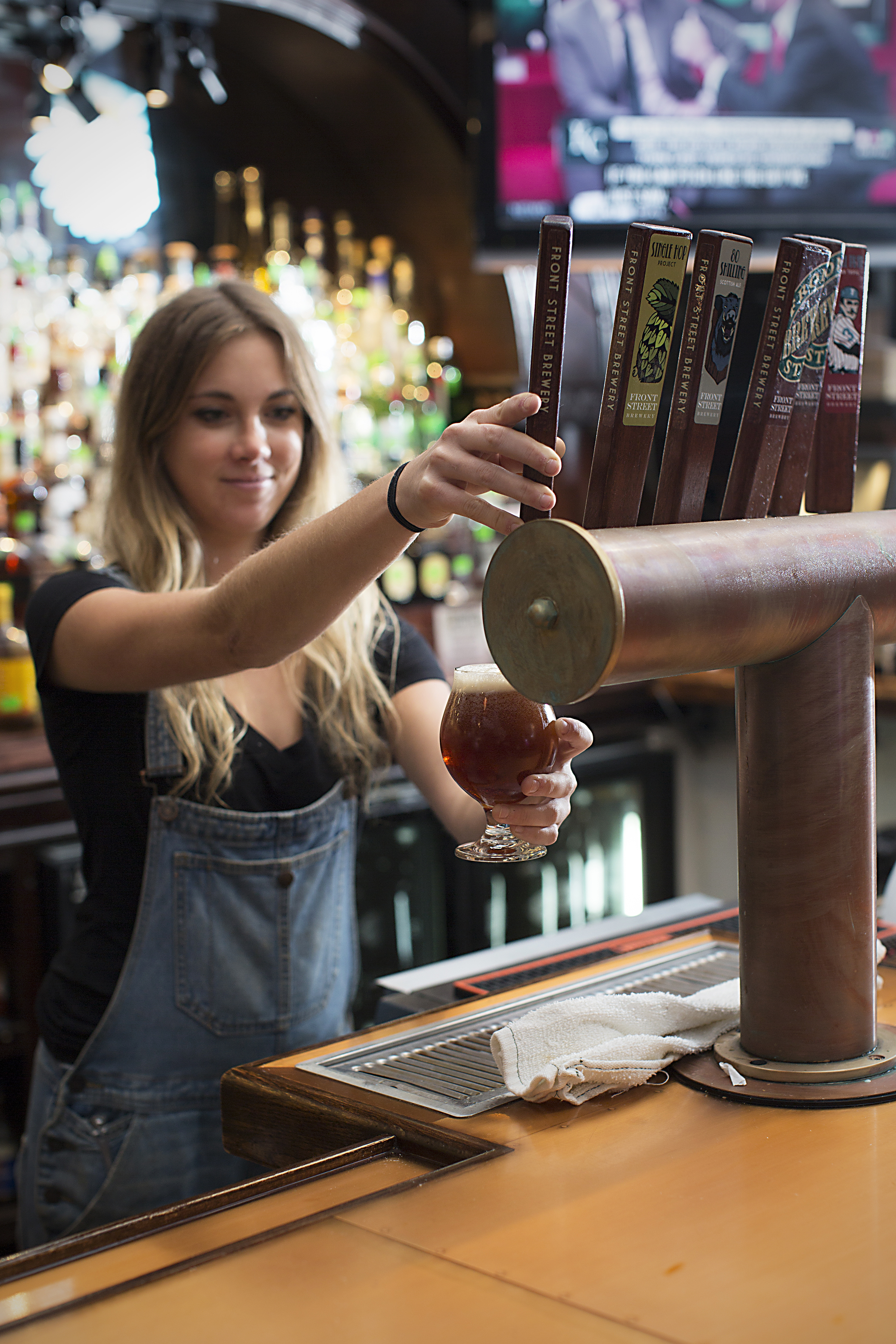 When Kelsie isn’t brewing or changing the world, you can find her educating new hires at Front Street about beer styles and food pairings.  She also gives tours of the brewing facility for the public every day between three and five o’clock, and she even enjoys a good beer herself from time to time. “My favorite beer style is IPA.  I consider my blood type to be Sculpin.”