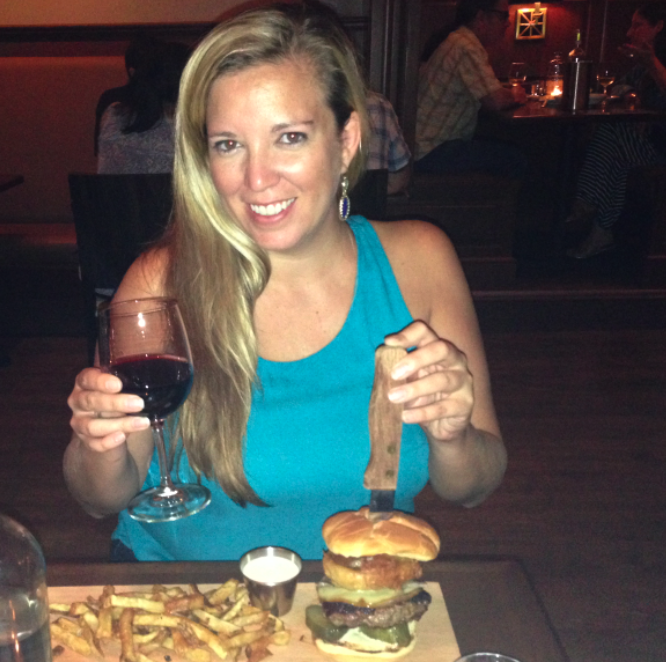 Interview has always been one of my favorite magazines.

I love the concept of people who may or may not know each other, most likely in different fields, having an unedited dialgoue with one another and just putting it out there.

Not tryin to compare what we're doing here at Grit to Interview -  just saying I want to selfishly mimic their style in order to find out more about some of the very unique and talented people I happen share this city with.

So here's the inagural instalation of Grit's Q&A sessions where I ask Asheville producer, promoter, and publictist Kelly Denson about what inspires her, the upcoming WNC Battle of the Burger and - what's next.

I am also excited about Asheville Grit contributors interviewing each other (inspired by Adorn Salon owner and all around fabulous woman, Rebecca Hecht).

Stay tuned and send along ideas of who shoud interview whom to grit@wncmagazine.com.


AYANA DUSENBERRY: We've known each other for years now, but I actually don't know a lot about you other than your work. Tell us a little bit about where you're from and what brought you to Asheville.


KELLY DENSON: Well, recovering from a divorce in 2009, I needed a fresh start; to hit the reset button. For Thanksgiving, I visited my sister who lives here with my family and fell instantly in love with Asheville. By May of 2010 I had packed up my Jeep and moved up here. It was one of the scariest yet most rewarding decisions of my whole life.

AD: I think we first met during HATCH back in 2011 and then I just started to see your name attached to fab events. Is that when you started Lush Life Productions? What was your goal coming out of the gate once arriving?

KD: In Florida I did mostly marketing and PR work and planned a few events here and there. So I certainly didn't move here with the intention of becoming an event planner.  When I moved here, I ended up getting a marketing position with MyNewsletterBuilder.com a local email marketing company. During HATCH 2011, I had the opportunity to help throw the MNB sponsored after party for Music Video Asheville at the LAB. Between that event and all the incredible people I met at HATCH, it really catapulted me into the scene here and I had the opportunity to somewhat reinvent myself. Now, I can't imagine doing anything but event production and promotion. 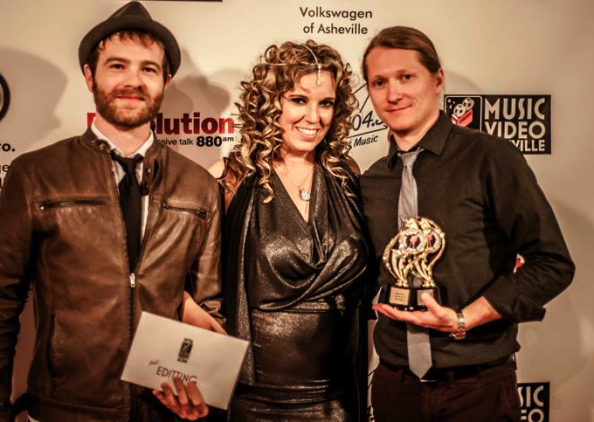 AD: Your events have centered around a genuine love and interest in the Asheville food and music scenes and celebrating them both in ways that engage the community. What has been your main inspiration and what have been some of your favorite events so far?

KD: I am so excited that I have been able to make a career birthed out of my genuine love for both food and music. I also love that it all began so organically. My first event outside of the HATCH show was the Asheville Wing War. That idea was started as just a couple of friends having wings at a bar one day and wondering who had the best. Asheville has been this really fertile ground to dream up something kind of crazy, plant it, and then actually watch it grow into something cool. And we have this great community that supports those slightly off the wall ideas.

As far as my favorite event though, I still have to go with Music Video Asheville. I didn't get involved until 2012 and it is an event that has been going on for 8 years and was founded by Jenny Greer. It is the true family reunion of the local Asheville music community and there is just something so special about having all of this "family" under one roof. My co-producer Jason Guadagnino and I have been able to grow that event and it has been incredibly rewarding.

AD: So you have a big one coming up! You have a great story about how you've hit it big time nationally with the WNC Battle of the Burger. Tell us about that and why every burger lover around needs to be at this thing.

KD: OK..so I like wings. But I LOVE burgers. I have become like a burger scientist at home. I grind my own meat and I keep experimenting with the mix and different kinds of cheeses. That is why I am super excited about the Wing War sister event on August 10: The WNC Battle of the Burger. And I am even more excited about the partnership we recently formed with the World Food Championships. This event was recently selected as an official qualifying event for the nationally televised World Food Championship that will be taking place in Las Vegas in November. The winner of the WNC Battle of the Burger will move on to compete in the World Burger Championships.

The partnership was kind of an accident. A lot of chef's prefer to cook on a griddle top instead of a grill and since most of the competitors are used to cooking in their respective kitchens and not in an outdoor setting, we were struggling with finding outdoor griddles. I called Etowah Fireplace and Patio to see what the options were for outdoor flat top cooking. He put me in touch with a company based out of Georgia called Grill Grate. They are now sponsoring us and providing this amazing griddle top product for our chefs that will transform a traditional grill into a flat top style.

The representative that I am working with was telling me how his products have actually been used by chefs who have won at the World Food Championships and that he could possibly connect me with that organization. A few short days and a couple of emails later, we were approved to be an official qualifying event of the World Food Championships. It is so cool when you find a dangling thread, pull at it and suddenly amazing things are happening! 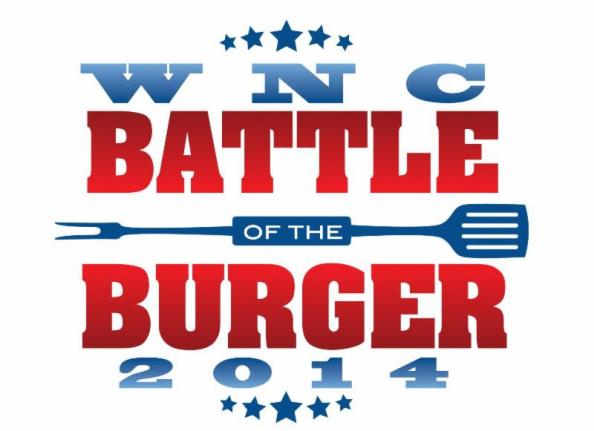 AD: Finally, (for now, since she will be one of our contributors soon) what does Kelly have coming down the pike for Asheville for the rest of the year? What should we all be getting excited for?

KD: Well I am working as the publicist for Laugh Your Asheville Off Comedy Festival that will be taking place August 13-16 and is one of Asheville's coolest events. 50 of America's funniest up and coming comics will be performing across 4 days and 4 venues. NBC's Last Comic Standing Alumni Chris Porter will be headlining the launch party that will be taking place at Highland Brewing on August 13. The festival brings in talent buyers from HBO, Comedy Central and comedy clubs from around the country to check out the new crop of rising talent.

Also, look for more food competitions. I am trying to figure out what's next. Chili? Tacos? Who knows!"

The WNC Burger Battle is on August 10, from 3-7pm.
General admission tickets are $4, and "You Be the Judge" tickets are $30. Both can be purchsed here.

Send any ideas for Grit Q&A's and more to grit@wncmagazine.com