How Asheville Fashion Stunned in '16

How Asheville Fashion Stunned in '16 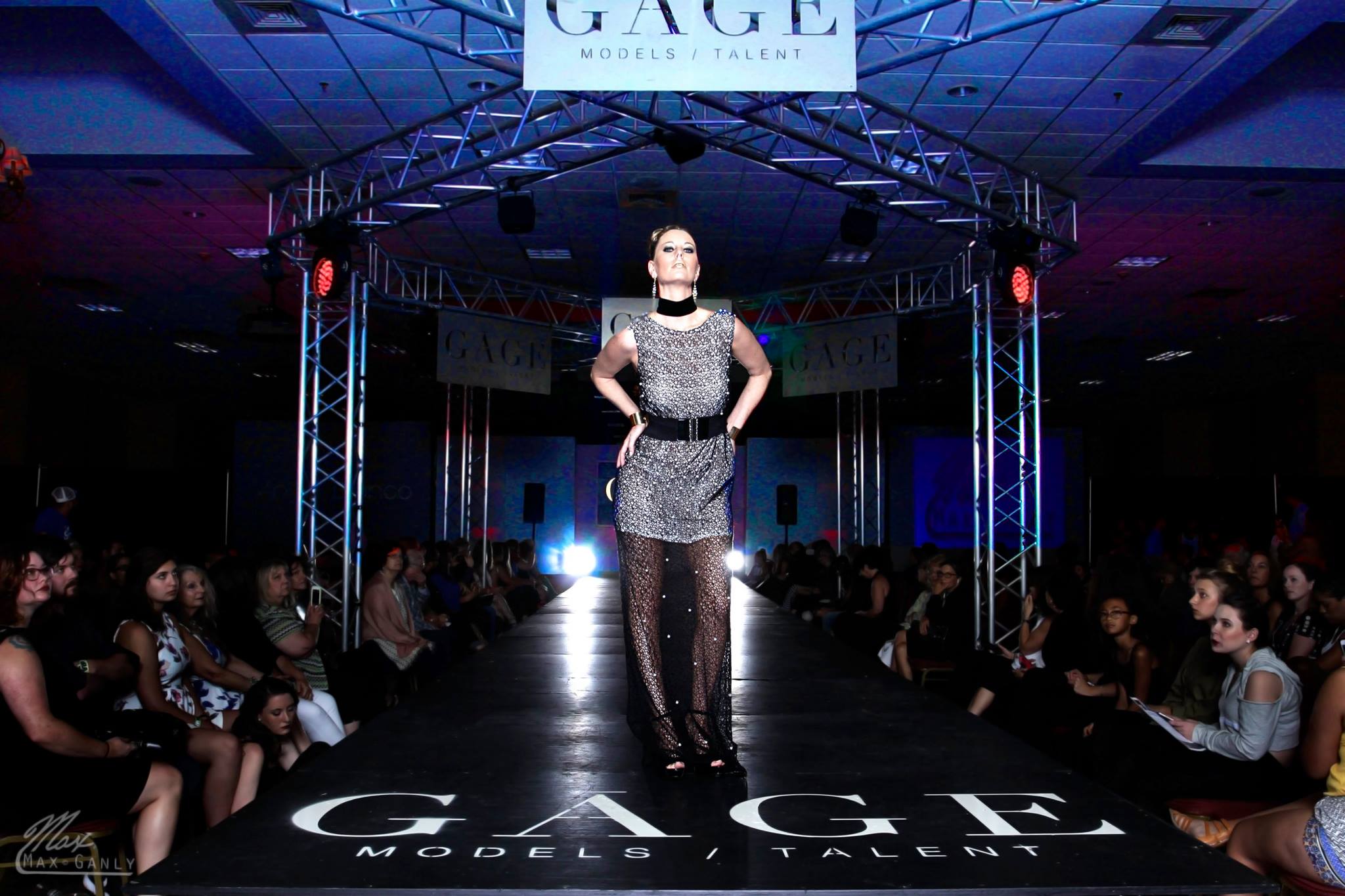 Fashion was at the forefront in 2016. A city gaining a reputation as an eclectic and artistic fashion capital, Asheville saw a whirlwind of fashion events—each with a unique theme or style. Condoms, Alice in Wonderland, plastic, light and faeries were just a few of the interesting concepts. 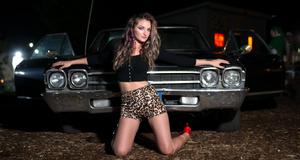 Yes, this fashion show is exactly like it sounds—the designs are made entirely out of condoms. To raise funds for Planned Parenthood South Atlantic of Asheville, local designers constructed stunning and inventive designs out of condoms provided to them. The event offers a valuable message and supported an important cause: Reducing teen pregnancy, STI transmission and expanding health and education services. The next show will take place March 11, 2017 at the Orange Peel. (Photo by Tempus Fugit Design, Design by Rebecca McClure Freeman, Hair by Love Daisy, Makeup by Makeup at the Grove Arcade, Model - Betsabe Fregoso Lee) 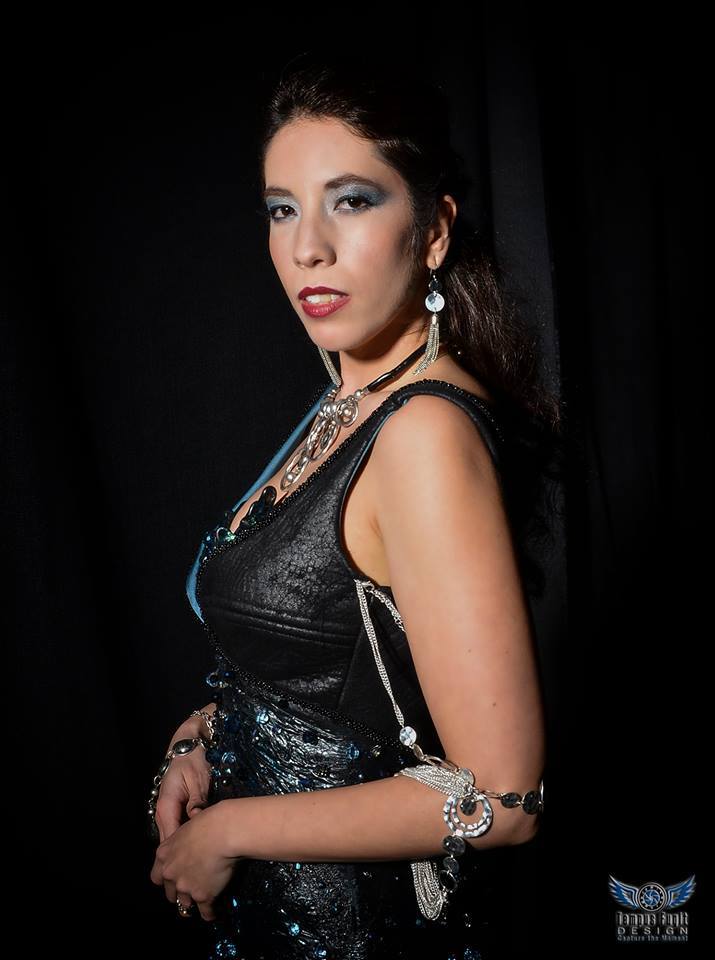 A fusion of fashion, art and food for a mission, the fashion show brought a splash of color to Asheville. Top designers were selected to create garments entirely out of items from Goodwill stores—each with a different color theme. The show was positively received and drew over 400 attendees to Diana Wortham Theatre, raising awareness for Goodwill’s workforce development programs. The winner was designer Malou Cordery, with designer Leanna Echeverri of Grateful Threads taking second. The 2017 show is set for Friday, April 28 at the Orange Peel. (Photo by Max Ganly, Designed by Malou Cordery, Models - Brianna Alvarez, Kay Marie Hill, Ginger Wilde, Genevieve Cordery, Rachel Graham) 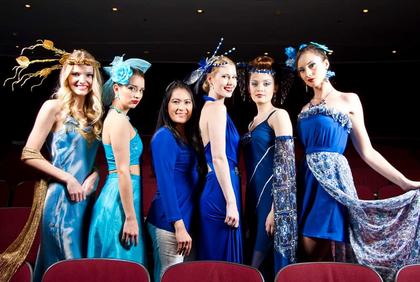 Where else but Asheville can you find an Alice in Wonderland-inspired fashion show with a pizza cook-off, Highland beer, celebrity judges and top bands? A fundraiser for Eblen Charities and Appalachian Angels of WNC, the show was a collaboration between producer Rock Eblen, fashion show director Ginger Wilde and Sarah Merrell. Although the Wonderland theme won’t be back next year, fashion enthusiasts can look forward to a new theme with the Oz Fashion Fantasy Show on March 18, 2017. (Photo by MCW Photography, Designers PK McKnight and KatDog Couture, Models - Victoria Rae and Ginger Wilde) 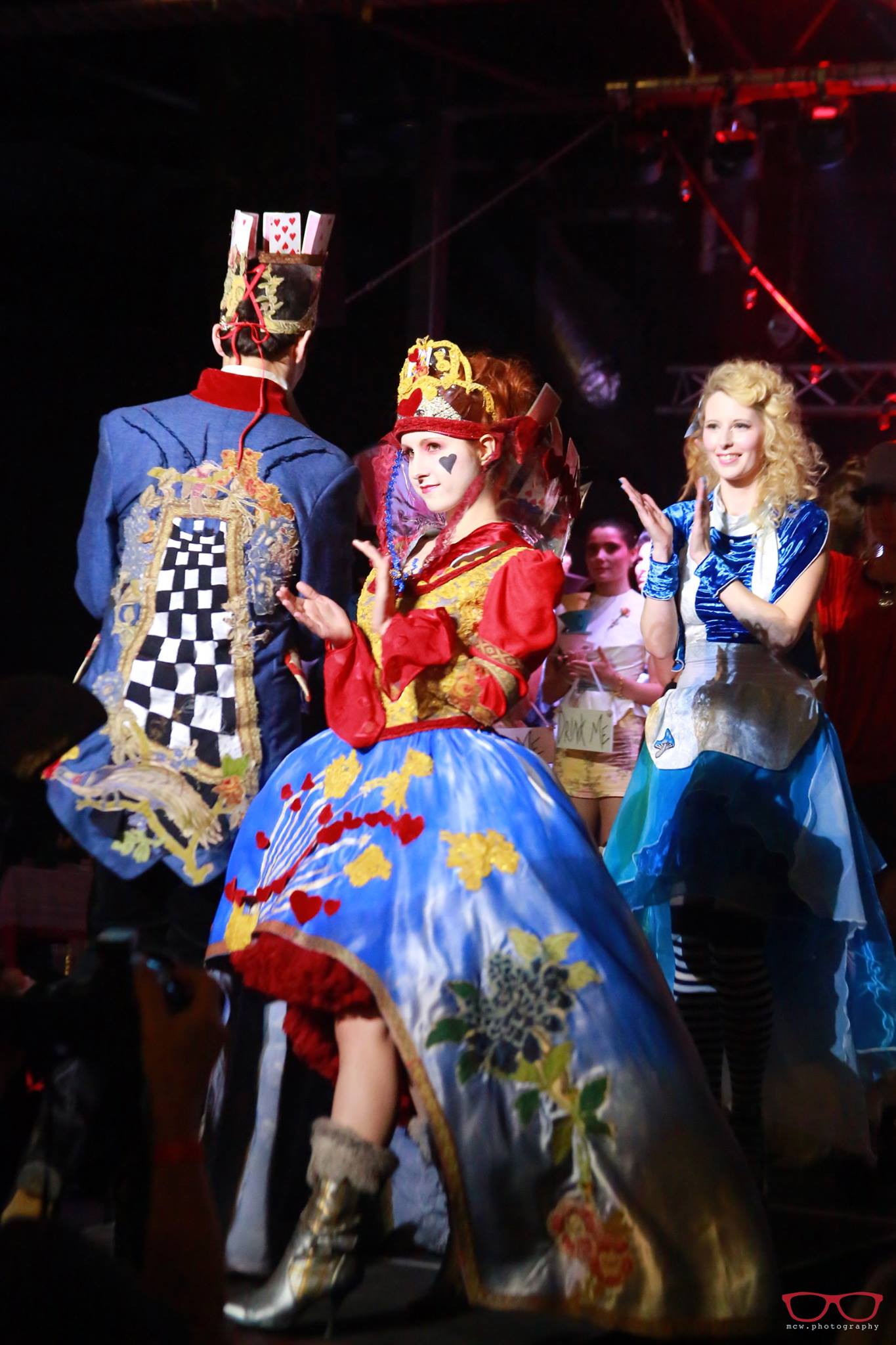 One of Asheville’s longest running and most highly anticipated fashion shows, Costume Drama once again had designers vying to create wearable art. Categories included plastic, light and artistic license. The winning “Best in Show” design by Tricia Ellis was a spectacular gown made entirely from pages of her favorite books. The fashion show, directed by Sara Fields, is an annual fundraiser for Asheville Community Theatre. 2016 marked the fifth year for the show. (Photo by MCW Photography, Design by Tricia Ellis, Model - Devon La Fae) 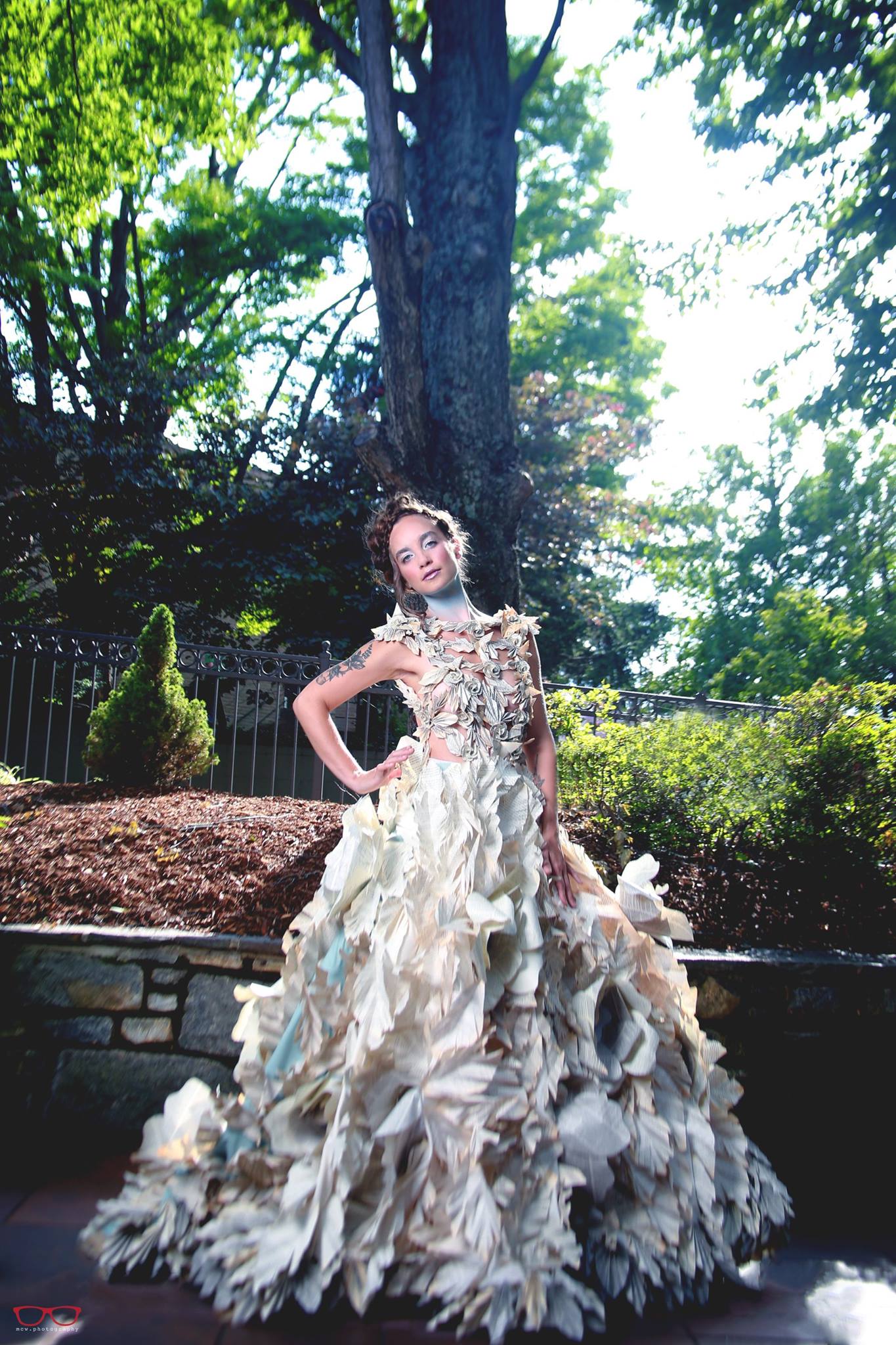 Hosted by Royal Peasantry Design House, the evening encompassed some of Asheville’s best and most interesting storytellers, ritual dancers and photographers. The event also incorporated a film by Brian Adam Smith, a soundtrack and dance party by Sai Ninth of 9th Phoenix and photography by Micah McKenzie. Taking place at New Mountain Asheville with muses and models, the event highlighted artistry, craft and design. (Photo by Scalcione Photography) 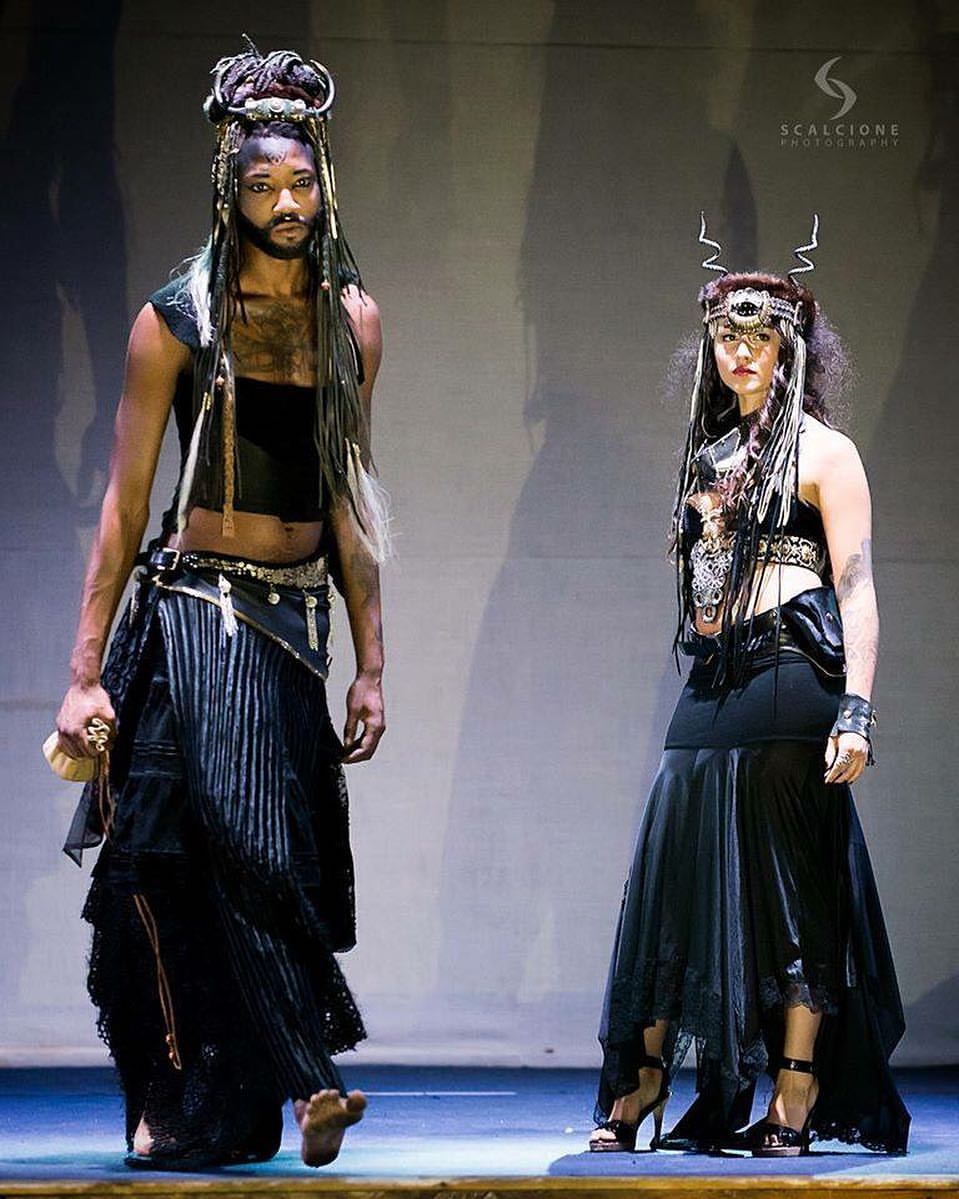 In its second year, Asheville Fashion Week, presented by Gage Models and Talent Agency, returned with four nights of runway shows culminating in a Grand Finale event and a 90-foot runway. The event provided an opportunity for nearly 200 Asheville models to have a fashion week experience at venues throughout the Asheville area. While a large majority of the designers were Asheville locals, the event also drew top designers from the region like Steve Curd, who previously had shown his designs at New York Fashion Week, and designer Angel Blanco, who has garnered international acclaim for his work. (Photo by Sonja Weisman - Shots by Sonja, Designed by Kristin Alexandra Tidwell, Hair and Makeup by Devynn Potter, Modeled by Julia Gurly) 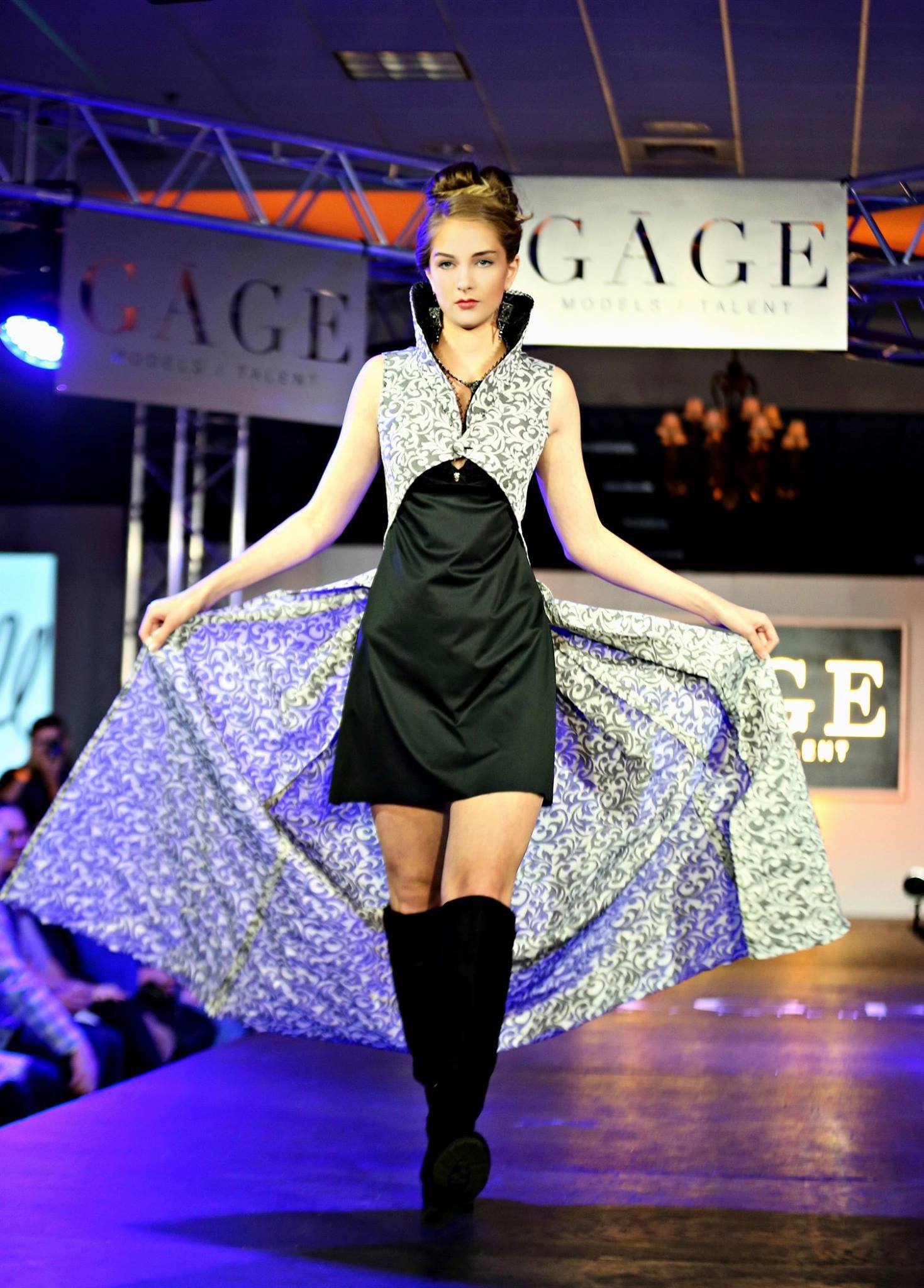 A celebration of Asheville’s artists, creators and innovators, this year’s GeekOut event featured an “Indie, Meet Tech” theme. Fashion show director Ginger Wilde teamed up with local fashion designers to produce the GeekOut Cosplay Couture Fashion Show at New Mountain Asheville. Dates for the 2017 show have not yet been posted, but fans of the event can expect another great year—and theme.

In its third year, the Project Handmade Fashion Show featured 42 handmade, locally-sourced garments and accessories by regional textile artists and designers. The juried show took place at the Folk Art Center off the Blue Ridge Parkway. The show shed light on the abundance of local farms and artisan talent, and the strong fiber economy in Asheville. The next Project Handmade Fashion Show will take place in 2018. Fashion show video by Asheville Channel.

Faeries and fashion make an interesting combination for the annual fashion show, a benefit for Eblen Charities. Produced by Rock Eblen of Bioflyer Productions, the event featured music by DJ Malinalli and the audience voted on the best and most creative fashion show designs. The 2016 theme was “Goth Faerie Ball” and models walked the runway in everything from body paint to wings to ornate headdresses. The winning designer for “Best Overall” was Kristin Alexandra Tidwell with “Most Creative” by Oliva Mears of Avant Geek. (Photo by Leah Spitz, designed and modeled by Maria Llabres) 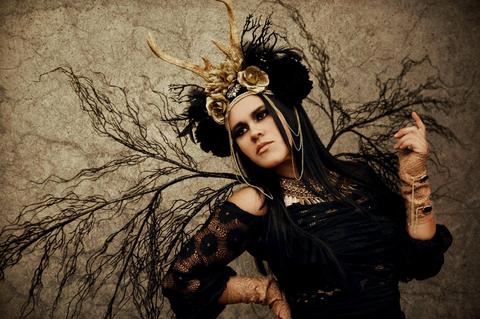 An end-of-year celebration, the fashion show was described as darkly bright and beautifully wicked—showcasing the magic that is Asheville fashion. A line up of local designers presented their work as models walked the runway to music by Deven Balsam and DJ Eric Stephens. KatDog Couture, Mon Jean Pierre, Amanda Rose and Jon Pierce Fashion were just a few of the notable designers. Taking place at Scandals, it made for a great party. (Photo by MCW Photography, Design by KatDog Couture, Model - Ben Joyner) 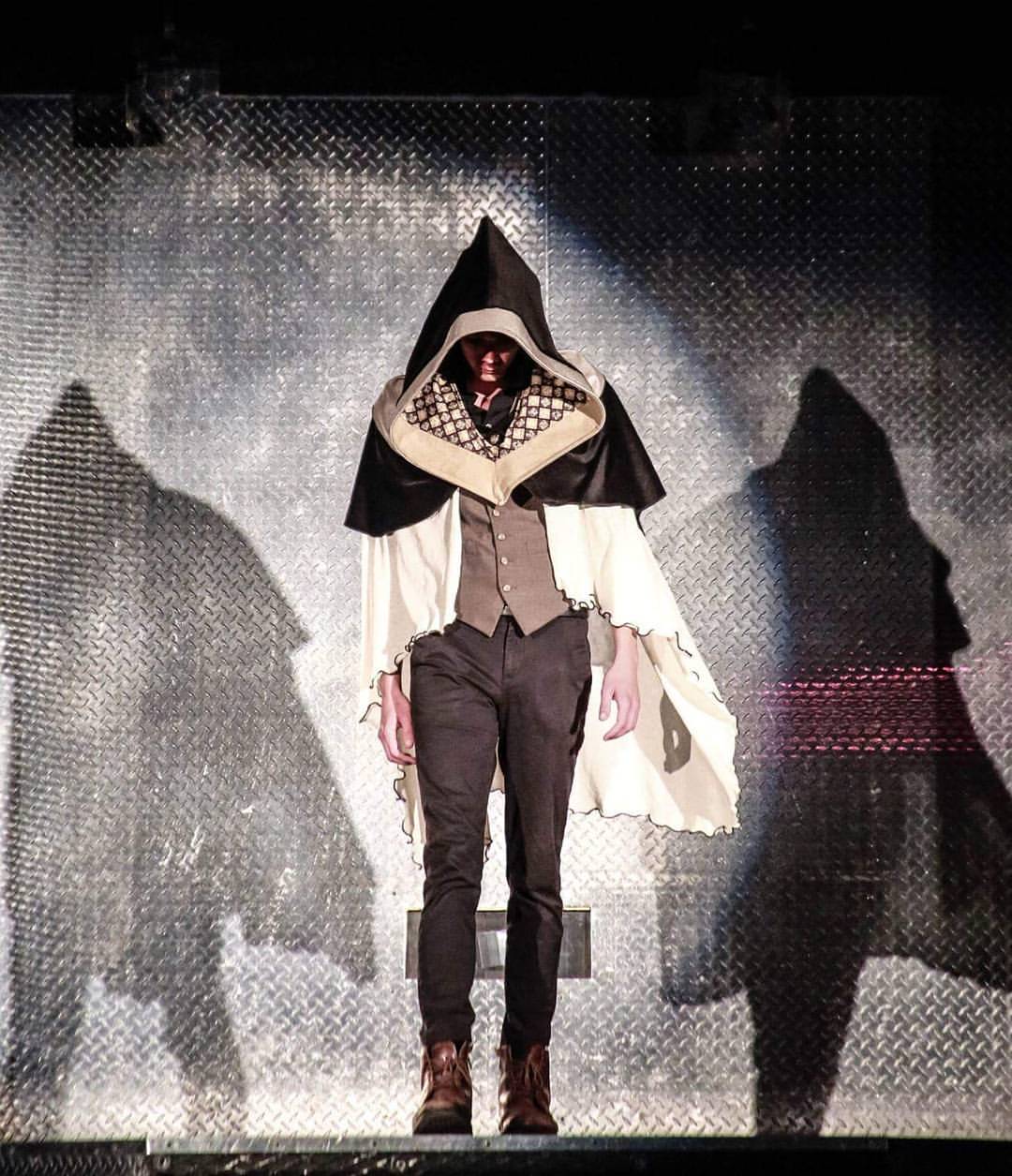 The show sought to capture the spirit of the holiday season by producing a fashion show built around holiday style and winter classics. The host, Mon Jean-Pierre utilized the Blue Ridge Mall as its venue because of its storied history of giving to great charities during the holidays including the Salvation Army, Goodwill, and the Children's Fund. Mon Jean-Pierre operated the Holiday Fashion show much differently than most shows produced by their usually vibrant and high-pitched brand; rather, they decided to bring attention to businesses in the Blue Ridge Mall (Belk, Hibbit Sports, JC Penny, and Rue 21) by styling holiday appropriate outfits and winter wear for each model. 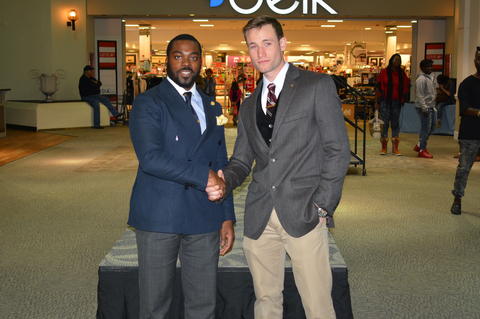 After an exciting year for the Asheville fashion scene in 2016, the new year is promising. A handful of fashion shows are already scheduled, and designers are off to a solid start in 2017 as they are hard at work on designs. Stay tuned for more Asheville fashion news--this may be the best year yet.