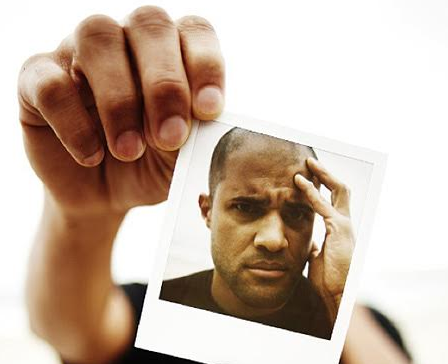 New Mountain’s SOL Bar hosts a night of hip hop, wordsmithing, and deep beats on Tuesday, September 8th. The intimate venue is ideal for an up close and personal night with some of the best emcees and DJs in Asheville and beyond. The unmissable Homeboy Sandman will be gracing us with his mesmerizing presence, and the night’s electric talent is even more exciting because this is the debut performance of Xero God, the combined forces of Musashi Xero and Panther God. It’s an evening of hip hop and electronic music from some of the best producers and artists making music right now.

Headliner Homeboy Sandman hails from New York City. His music is intelligent, soulful, political, and melodic. Laid over smooth beats, his vocals shine. It’s a culturally aware brand of hip hop that invites discourse as well as dancing. Homeboy Sandman’s work has been acclaimed since early in his career. He has been named “Best Hip Hop Act in NYC” after the release of his album Actual Factual Pterodactyl (2008). His most recent LP, Hallways (Stones Throw, 2014) has been praised as “as class-conscious as alt-rap gets” by music critic Robert Christgau. Songs like “Refugee” are poetic manifestos critiquing the music industry and looking honestly at his own rise to notoriety. The video, shot in California’s eerie Salton Sea, is worth a watch. Also check out the utterly charming “Not Really.”

Xero God is Musashi Xero and Panther God. This duo joined forces and is about to release their first album, a self-titled tour de force that brings together Panther God’s electric beats and Musashi Xero’s smooth poetry. As Xero God, they are an unstoppable force. The beats are smooth and sleek, steeped in jazz and hip hop and with a pure edge of innovation. The vocals come in cascading waves of dark verse that fall effortlessly on top of the layered tracks. The music manages to convey both vulnerability and swagger, easy confidence and deep reflection. Xero God is truly a union of two visionary artists who have created something wholly new together. Xero God hasn’t released any tracks from the album yet, but I can tell you that it’s freaking awesome.

You can check out Panther God: Golden Changes LP

The Last Word Benders is an infectious band of marauding steampunk dirigible captains who have arrived to sweep you off your feet with erudite rhymes over infectious beats. Midiboss and Jeshua Morningstar are known for their exuberant performances of nerdcore hip hop. Their quick, witty, and reference-filled lyrics will have you shaking your hips and nodding your head. It’s a physical and a mental experience as the Word Benders transport you, steamship-captain style, into the world of their dreams. Listen to Last Word Benders "Like A Sir" by Dub Walker.

DJ Kutzu hasn’t stopped laying down old-school turntable beats as long as I’ve been in Asheville, and it’s clear he’s going to keep finding new places for scratching to go. Kutzu’s commitment to the craft roots him deeply in the satisfying sounds of analog expression, and from this foundation he soars to new frontiers of sonic mastery. Kutzu’s performances are always amazing, and you should snatch any opportunity to catch him live.

The show is at Sol Bar at New Mountain on 30 N French Broad Avenue in downtown Asheville and gets started at 10 pm. Tickets are $10 and are available in advance here. It’s a rare opportunity to see world-class hip hop in Asheville. Don’t miss it.