Going Vegan for One Month > Week One

Going Vegan for One Month > Week One 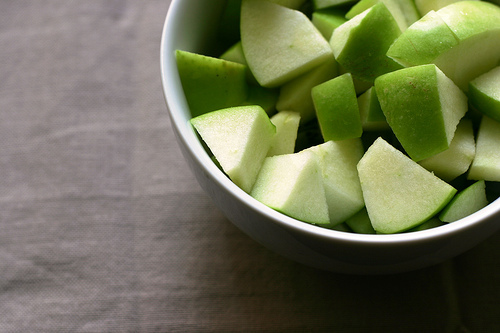 It’s Wednesday evening. Seven full days of being vegan. And I’ll be honest with you, it’s not been easy.

Milk lingers through everything like an unwanted house guest. Meatless options are just bread and vegetables. Eggs are in every baked good. Every. Baked. Good. And I had a dream about a grilled cheese two nights ago.

But I am not surprised. I knew any type of major change would not be easy and I would face numerous temptations. Like, having to say no to pumpkin bread and saying yes to more grains and nuts. Or saying no to cheese. God, I miss cheese. And trying alternatives to foods I’ve considered staples in my diet my whole life. Which brings me to my one fault with veganism, and it’s rather simple, actually:

Vegan fried chicken and gravy is a little offensive and a tad chewy. The other day I tried tofu cheesecake and I had to remind myself I wasn’t eating Spongebob. My nine year old self would have been traumatized.

Veganism is a plant based diet and the foods I have had that are based in that, have been wonderful. Strawberry arugula salad, lima bean hummus, grilled zucchini with lemon sauce, and dark chocolate almond bars have all been incredible, because they are not trying to be anything other than what they are.  That’s what I’ve learned so far.

So if you’re wondering what exactly I’ve been eating on a daily basis, I’ll give you a quick run-down.

Breakfast typically consists of a banana, toast or bagel with agave and black coffee. Nothing too hard. Smoothies are great, as well as PowerBars.

Lunches have been my hardest meal, simply because of convenience and time. However, I have found that making a large pot of one dish and having it in the fridge throughout the week to snack on has been very helpful. So, this week I made a pot of black beans with spices and prepared brown rice to go along with it. Then for each lunch I steamed or grilled a fresh vegetable. Or if I was just being lazy, a quick boil of angel hair and tomato sauce made the simplest pasta dish. But I had to refrain from melting a slab of fresh mozzarella over top.

Dinners have been fun because I have more time to be creative. I have enjoyed chickpea masala, an Indian dish that I’ve loved for years. I make kale chips to snack on while the masala simmers. Or Pad Thai noodles with peanut sauce. It’s divine. Or my personal favorite, chili. I found this recipe while stalking the Vogue Youtube channel a few months ago, and I have to say it’s the cheapest, simplest, heartiest meal. But once again, I have to stop day dreaming about how much a dollop of sour cream on top would make it better.

(I substituted Great Northern beans for the Kidney beans and added frozen corn, but you add whatever you want. It’s your pot of chili, not mine. But if you’re not vegan I would recommend sour cream on top. It just fills in the cracks….and your heart.)

Despite all this negativity towards my first week, I have to say my body seems happier. My hair is shinier, my skin more dewy and I no longer feel that 3 o’clock slump. Which is a good thing because coffee shops serve pumpkin bread this time of year, and I really love pumpkin bread. But pumpkin bread has egg in it. So Lauryn can’t have pumpkin bread.

However, Tuesday morning something special happened. I woke up and wanted an apple. Not an omelet or bacon, egg and cheese biscuit, but a sweet and juicy apple. And after I had that apple, the rest of the day, my body began to crave fresher ingredients, I no longer began to try to find shortcuts to making processed vegan foods, but rather enjoyed food in its simplest, purest forms. What once was a piece of fruit became something I craved and valued higher than a greasy plate of bacon. Shocking, I know. So, to all of you out there reading this, I say, try incorporating one vegan snack a day into your diet. And once you feel comfortable doing that, try one vegan meal a day, and so on from there. Veganism is not a diet, but a lifestyle and it’s not an overnight change, it takes time.

I know meat eaters who love tofu, but it’s just not for me. And vegan cheese made from tree nuts looks more like a bar of soap than the early stages of the dreamy spread that is pimento cheese. And that’s perfectly okay – I will just choose not to eat it. But I will choose to celebrate the small victories, like craving an apple. And continuing my search for vegan pumpkin bread.