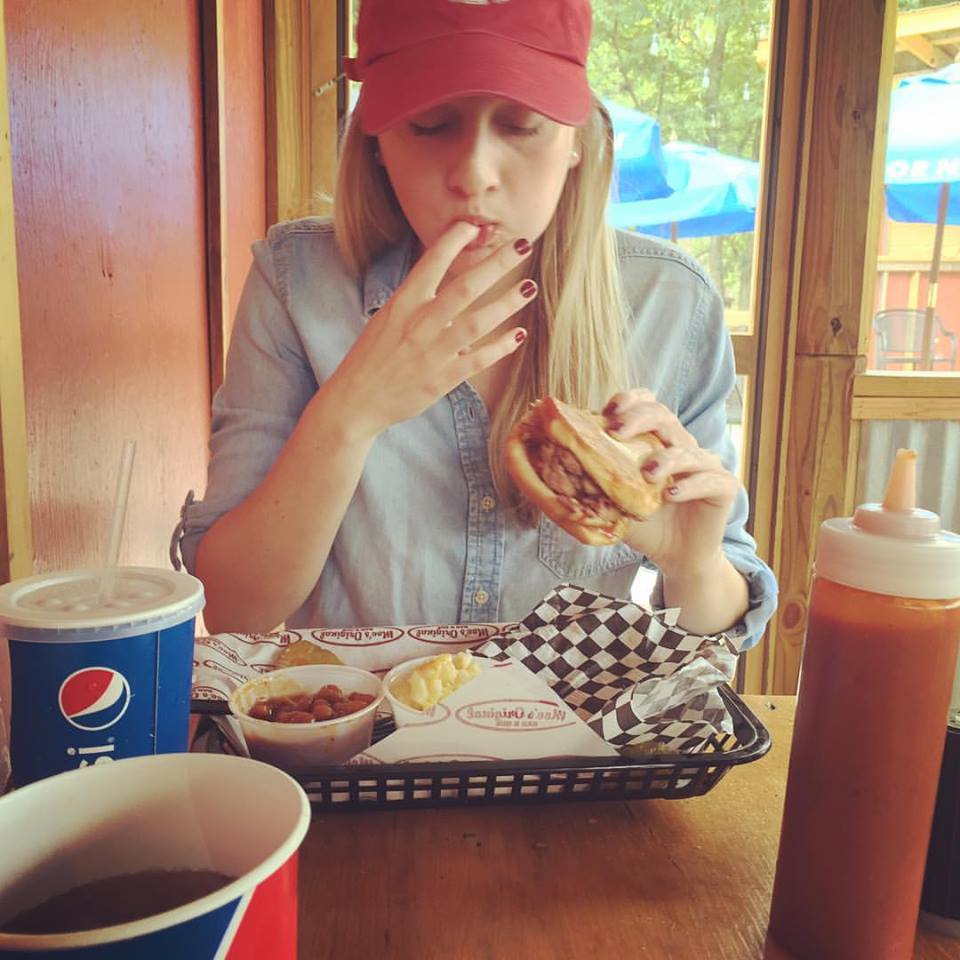 In the last week I have realized how much I associate food with people.

My eighty-six year old Oma (grandmother) passed away last Sunday. And in the brief moment of silence on the phone with my mother when she called with the news, the first thought that ran through my mind was my Oma and I in the kitchen. Not just any kitchen, but the kitchen in the house my mother grew up in. The kitchen where I had my first taste of liverwurst. The kitchen where I learned that turkey liver was the crucial ingredient in her Thanksgiving stuffing. This was the kitchen in Simsbury, Connecticut where I began my love affair with food.

My Oma used every opportunity in the kitchen as a learning opportunity, and often times a chance to yell at anyone who was in her three foot radius. She never measured or followed a recipe, but she could smell when a pot of potatoes needed more salt. She planned dinner while she ate breakfast. She was not patient but she seemed to magically make a watched pot boil. Her love for food was evident throughout almost everything she did, and I would like to think I carry a little of that with me. So in honor of my Oma, I would like to dedicate this post to her. She gave me my love for cooking and my middle name. And without her, I do not think I would enjoy grocery shopping and late night leftovers as much as I do. She was a gift to us all.

So, it is November, and I truly thought I would be ecstatic to see this month come. After the third day of October, I began to crave corndogs with mustard, like every Princess Diaries fan would. I even had a dream about a cooking show dedicated to various macaroni and cheese recipes. One had bacon and pimentos layered throughout it, the other was brie and apple – a little too predictable I thought. And the last one was queso blanco with crushed tortilla chips and cracked black pepper on top. I have very specific dreams and tend to write them down the next morning. I’m told very successful people do this, but I’m still waiting for my call from Vogue. In other words, the first week of veganism for me was harder than I could have ever imagined. I often times wondered if I could just cheat and not tell anyone. But I told myself after my first heartbreak, I would never sit in my car alone, shoving a Baconator and French fries in my face again. So, I knew eating meat in secrecy was not worth the guilt or the chance of being caught.

However, by week two, the dairy dreams began to fade and my body began to crave fresh fruits – something completely new for me. Growing up I hated fruits, even strawberry Jello, but I would eat any vegetable you put in front of me. But fruit, I had no use for, until now. I had a green apple epiphany and since then have been trying various fresh fruits and frozen fruit smoothies.

By week three, I was in a routine and on a roll. I knew what I liked and what I didn’t. Because I could not choke down tofu, tempeh or any other plant based protein, I stuck to grains and beans for my primary sources of protein. Did you know, that a plate of brown rice, black beans and an avocado have the same amount of protein as a t-bone steak? Crazy, right? I also discovered roasting vegetables brings out their natural sugars. So a grilled zucchini lasagna with a cherry tomato sauce was the ultimate comfort food for me this month. I missed the fresh mozzarella, but the longer the lasagna sat in the fridge, the better it tasted. But don’t let it sit longer than four days. Then it’s gross. And the vegan chili from week one quickly became a staple in my fridge alongside red onion, to sprinkle on top.

So, week four came, and while I thought it would be the easiest week, the cravings from week one came flooding back. I began to crave corndogs and chicken nachos like I imagine a pregnant woman would. I even wrote out a grocery list of all the things I would buy once the month was over. I had no clue where this was coming from. I thought after twenty days my body would have slowed down on the cravings, but they geared right back up. So, I decided to give in to my cravings, but find vegan alternatives.

The biggest craving I had was for cookies. I love cookies. I mean I really love cookies. I was that girl in high school who baked cookies and brought them to class for everyone. I really did. But because my favorite chocolate chip cookie recipe requires a pound of margarine, I knew I would have to reroute my plan.

I spent my first year of college in New York City, and while I was there I discovered many incredible foods, but the greatest thing I happened upon was the Milk Bar Compost Cookie. It’s a cookie with butterscotch and chocolate chips, graham crackers, nuts and potato chips, all rolled into one. I took the liberty of finding the recipe on their website, so check it out! Or if you’re ever in NYC, make a plan to stop there. It’s cookie monster heaven.

But, since I was vegan I had to find an alternate recipe. Cue the supermodel.

Karlie Kloss, one of Taylor Swift’s squad members, Victoria Secret Angel, NYU student, and founder of Kode with Karlie, also found time to partner with Milk Bar to create her own life of vegan and gluten free cookies. And the proceeds benefit NYC public schools. How awesome! I never thought I would be able to say I can relate to a supermodel, but this video did me in. Check out Karlie’s vegan peanut butter cookies, or just check her out, she’s a supermodel after all.

So, if you’re still reading this, thank you. I know I can get long-winded, but I want to share as much as I can, because I really want to highlight the highs and lows of this journey. After all, this has been a journey.

So, if you’re wondering how it all began, it started with a documentary. Four to be exact. Food Inc., Fed Up, Cowspiracy and GMO OMG – all of which are on Netflix. And fun fact, the producer of GMO OMG, Jeremy Seifert, lives in Leciester, right outside of Asheville, NC.

WNC magazine did a great story on him last year and it really hit home. Check it out here.

After watching these four compelling stories, I was angry, confused and shocked. As I re-watched these films in preparation for the month ahead, I began to write down the statistics I heard. Here are just a few:

These are not opinions, these are facts. Our food industry is a profit center and the government does have power over what marketing we see and what foods are in our children’s lunch rooms. Therefore, the companies that promise the most food for the least amount of money, win. These companies include Monsanto and Tyson Chicken.

While Monsanto and the meat industry argue they are able to feed everyone, because they can do it on such a large scale for such a cheap price, they are engineering vegetables, not growing them. They are engineering chickens to produce larger breast meat, not raising livestock. They are feeding cattle GMO corn, which in turn produces GMO meat, which in turn is making us sick.

Fifty percent of Americans are overweight. That’s staggering, considering only twenty years ago, that number was half. Just last week the FDA issued a warning that consumption of processed red meat can dramatically increase heart disease and risk for cancer. This is not breaking news. Doctors have been warning us for years about the harm red meat can cause. What is ground breaking is that the FDA is finally speaking out on the issue. Just like cigarettes come with warning labels, red meat might come with a warning label very soon. (As I was writing this, over 150,000 pounds of ground beef were recalled for possible E.Coli contamination.)

As October came to a close, I had planned for weeks to run through Sonic and get that corndog I had been longing for. But for some reason the sense of urgency I once had disappeared as the day arrived. I couldn’t help but wonder if all the work I put in for an entire month to rid my body of animal products and consume a strict plant based diet should go to waste by simply returning to my normal ways. It just didn’t seem right.

As the morning of November first came around, I did indulge in a caramel frappucino from Starbucks and later my roommate made a wonderful Sunday lunch of parmesan chicken and grilled asparagus, but something just felt off the rest of the day. My body was lagging in an unfamiliar way. Later that evening, I prepared a baked ziti with ground turkey and ricotta cheese and the next morning the same feeling hit me. It was as if my stomach was tighter and I just needed a nap. Maybe even two.

This could have been a case of the Monday’s, but my body’s reaction to the sudden arrival of meat and dairy was not welcoming. But I was not surprised. I am now a firm believer that a vegan diet is undoubtedly the healthiest option out there. Practical? Not always, but definitely the best.

This month was an eye opening experience. I learned firsthand how hard it was to rewind and rewire twenty-three years of eating habits. I learned firsthand that a banana will not satisfy your midnight snack craving, but after two weeks of conditioning yourself, it can. I learned that agricultural farming is one of the leading causes of global warming. I learned that because of the corn cows are fed, their farts emit more methane gas than our cars. I learned that the public school system considers pizza and French fries a vegetable. And lastly, I learned that a little research and asking questions can completely change your life.

While I so desperately wish I could say being vegan for one month was not at all a challenge, that would be a lie. Processed food is cheaper and more accessible. Celebrities endorse soda, football players are on every box of delivery pizza and Pinterest has taught us that anything can be wrapped in bacon. This might come as a huge shock to some, but you can choose what you eat and with a little planning you can make healthier decisions every day, and at every meal. So detach the stigmas, have your own food epiphany, become informed, buy local, find new recipes that excite you, and never stop learning.

Our food culture will not change overnight, but small steps lead to big leaps and big leaps change the world.