A Girl and Her Fairy Tale

A Girl and Her Fairy Tale

I think it can be easy to lose yourself. To allow the days to toss you around and spit you out, a little less defined then you were before. Like a spin cycle rubbing away the edges of who you once were. Going days without checking in, no longer making steps towards who you’d like to become. Rather, moonwalking in a direction that doesn’t suit you well at all.
I think there’s a dizziness that can happen when life gets busy. A trickery in the monotonous. The luxury of self-exploration is allotted to those who seek it, but, also those who have time for it. Which, many of us don’t.
Every once in a while, there’s an aching inside of me. An awakening. A little nudging that says, “hey, you haven’t asked me how I’m doing in a while.” Last night as I suppressed that feeling. Seeking to distract myself instead of focusing in on what needs to change.
I realized… 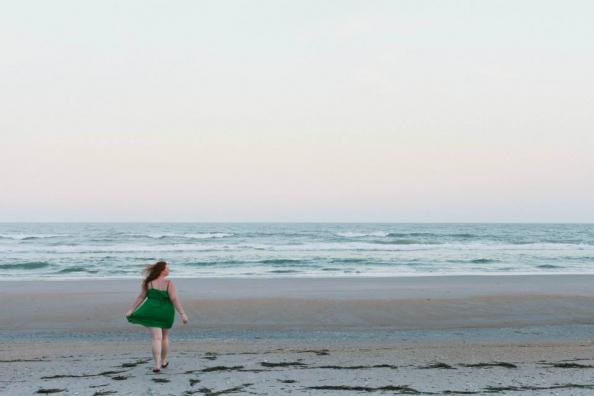 The answer was the problem.
I knew I was going to have to deal with how disenchanted I’ve been with my own soul.
How I want more for my heart than this.
How I carry around my independence, close to me, like a life raft.
I see women let their guards down on a daily basis.
There’s nothing quite like the beauty hidden behind a veil of insecurity.
The little glimpses that exist when we allow ourselves to be free.
When we trust someone.
When we don’t feel watched.
When everything in a moment feels like it’s just right.
To live in that place full-time is a fairy tale.
Not the prince charming with a glass slipper and a magic carpet kind of tale.
It’s the kind of story where the ‘princess’ sees herself fully for the first time.
When she dances around the palace in her underwear and takes shots of bourbon because it’s Tuesday.
That’s the kind of story I want to write.
A story filled with life.
Moments not simply slipping by.
But time well spent and a life well lived.
Whatever it may look like.
With love and happily ever after,
Sarajane.