Forest Friday: Me and Ali McGhee

Forest Friday: Me and Ali McGhee 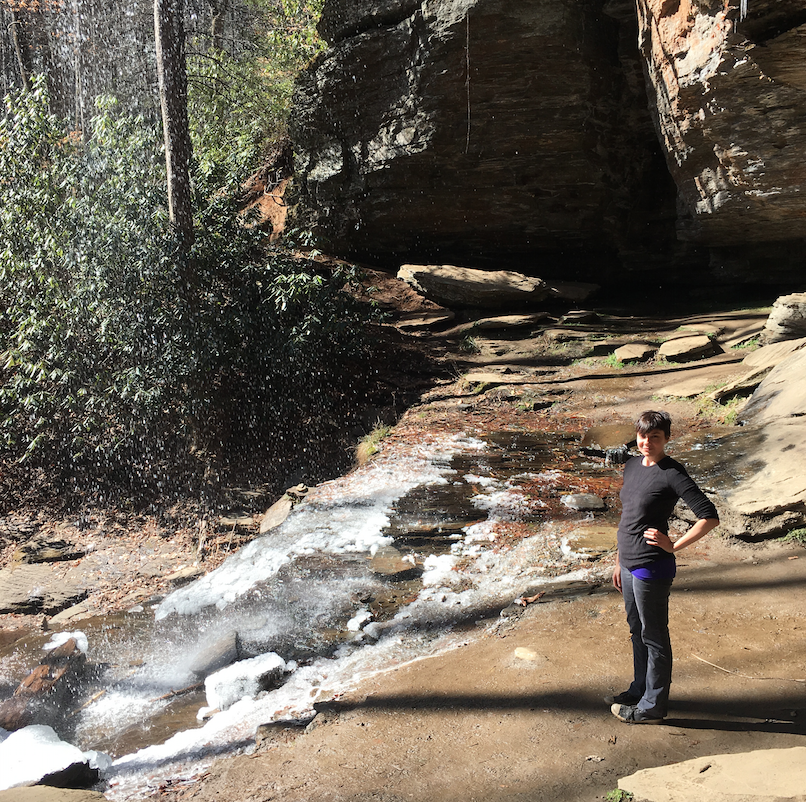 I was so excited to have Ali McGhee with me for Forest Friday. Not only is Ali the Director of the Asheville Grit and worked with us to make Dogwood Alliance’s 20 year anniversary the incredible storytelling festival of our dreams, but Ali is also a true Asheville native and was born and raised here. She has always had a deep connection to the land in these parts. During our Forest Friday adventure, Ali told me that when she moved away for college to Chapel Hill and then later to get her PhD at the University of Rochester in New York, she felt a deep sense of sadness and longing for the mountains of her home.

Ali chose Moore Cove Falls as our Forest Friday destination because it has been one of her favorite hiking spots since she was young and holds a lot of dear memories for her. Moore Cove Falls is located in the Pisgah National Forest. The hike to the falls is incredibly easy and is a great place to bring small children or folks who prefer shorter hikes with a lovely waterfall reward!

Ali has truly had to fight to remain in the mountains she loves so dearly. She was able to finally move back to Asheville on a fellowship, and she completed her PhD here. However, during her time serving as an adjunct professor at Warren Wilson, adjuncts were eliminated from the writing program and she found herself out of a job.

Ali moved on to music journalism and music marketing/promotion while holding down a job at Malaprop's Bookstore. She also began writing for the Asheville Grit. After about a year, Ali was promoted to Director of Asheville Grit.

Since Ali’s takeover of The Grit, she has strived to focus more around arts, culture, and entertainment. She has also strived to increase the visibility and reach of The Grit through things like her Weekly Videos that she does through a partnership with Ashvegas.

Ali’s deep connection to this area isn’t solely about the land but also encompasses the community, and her work at The Grit reflects that. Ali said of people who exploit the land in harmful ways:

There has to be such a big disconnection for them. None of them walk on the grass. When you’re in a city, living on concrete, it’s easy to forget that you’re connected to the land and that it’s where you come from and it’s what’s feeding you.

So many studies show the beneficial impacts of spending time in nature. However, as a species, we are spending less time saturated in our natural world and more time sitting in front of screens. Ali argues that this dissociation is dangerously leading us towards a world where we desecrate our precious natural areas for money and for the resources we can leach out of them.

We spent some time with the glittering waterfall, enjoying the beauty of the icicles that had formed at the base of the falls. As with all my Forest Friday adventures, we left the hike feeling uplifted and more connected to the natural world.