Endless Maria by The Moon and You [Album Review]

Endless Maria by The Moon and You [Album Review] 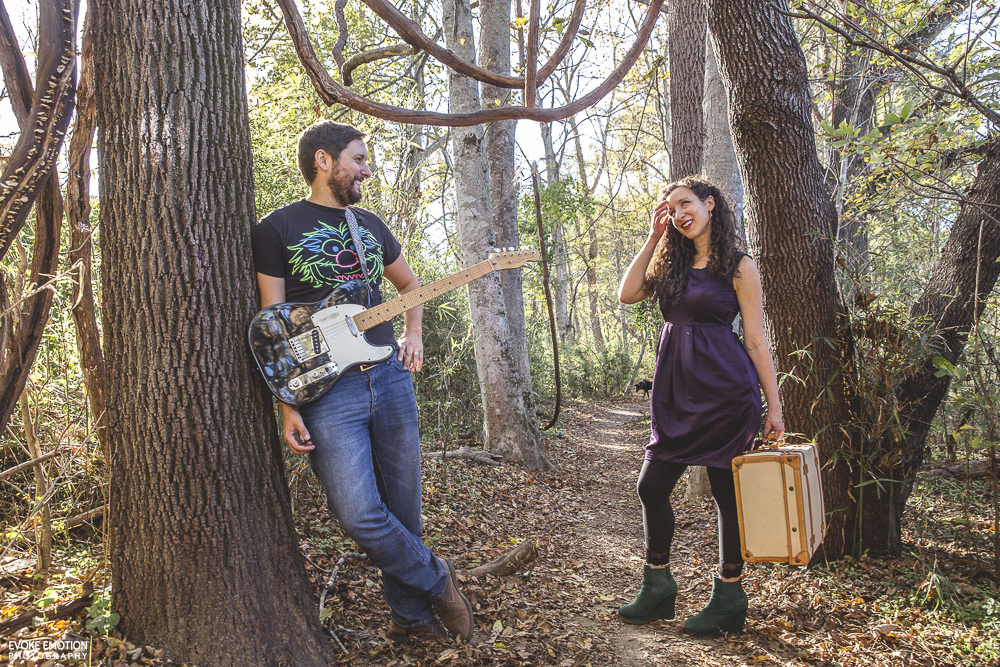 Regardless of where you stand on the political spectrum, you’re probably more conscious of your position now than you were before November 8, 2016. If you’re like me, you find yourself evaluating newly released art with a kind of Post-11/8 perspective, feeling that it’s nearly impossible to contribute something honest and relevant to the cultural conversation without at least acknowledging the orange-haired elephant in the room. That said, it is neither healthy nor productive nor ultimately satisfying to dwell too myopically on said elephant. To do so is to squander the opportunity only an artist has, which is to incorporate our politics into the broader conversation about what it means to be alive. With The Moon and You’s latest release, an eight-song album entitled Endless Maria, the world has received a mature and self-assured piece of art that manages to tactfully acknowledge the elephant in the room without ceding any of its own imaginative vigor.

As with the band’s pervious release, 2016’s A White Light That Sings, the husband-wife duo (comprised of Ryan Furstenberg and Melissa Hyman), have called upon other members of Asheville, North Carolina’s thriving musical community in order to flesh out this distinct and beautifully arranged collection of songs. To call Endless Maria “Americana” is to cloak something unique and texturally eclectic in a rather bland and ill-fitting descriptor, something both too big and too small, like a robe that’s too short in the sleeves and too wide at the waist. Likewise, to call it “Folk” is to conceal its jazziness, to deprive it of the praise it deserves for the well-crafted ways in which Furstenberg’s synthesis of country and harmonic pop is paired with Hyman’s sense of cinematic nuance, her cello work imbuing every “scene” with depth and subtext. Then there’s the rhythm section, comprised of Ross Montsinger on drums and Rob Parks on bass (members of Asheville’s aforementioned musical community), who likewise exhibit too much taste and precision to be lumped matter-of-factly into the Folk-Americana genre. Everything on Endless Maria—from the lyrics to the arrangements to the production—is crisp and meticulous, but without sacrificing its honesty.

Endless Maria opens with “Throw Me Out in That Summer Wind,” arguably the album’s brightest and poppiest number. The choice to open the album with such a song struck me at first as enjoyable but ultimately unsatisfying. Perhaps it’s the English Major in me that seeks in an album’s opening some semblance of a thesis statement, an indication of where we’re heading and how and why. With “Throw Me Out” I partook in the song’s genuine joy, but wondered by the end in which direction, if any, I was headed.

Similarly, I’m still struggling to decipher exactly why “Endless Maria,” the album’s second track, was bestowed with the added significance of being named the title track. It’s a lovely song; a dark, subtly creepy waltz. Lyrically, however, its primary metaphor strikes me as slightly too vague to warrant its status as a title track (not to mention the second half of the song is sung in French). Where the opening track was dominated by Furstenberg’s rich, woody twang, “Endless Maria” is steered by Hyman’s jazzy croon, which as the album’s opening one-two punch, serves to introduce the album’s array of voices and tones in a way that’s perhaps too drastically contrasted. The down-home, lackadaisical nature of Furstenberg’s “Throw Me Out” clashes with the classical cosmopolitanism of Hyman’s “Endless Maria” in a way that initially reinforced my sense that this was less a cohesive album than an arbitrary collection of songs. That’s not to say that a cohesive album is what’s expected or required. But I nevertheless found myself craving some measure of consistency, if not in theme, then at least in tone.

That said, the album begins to reveal a great deal about itself (and its coherence) with “Evil,” the third track. Hyman sings this one, only this time her husband’s presence is felt. There’s an unspoken depth of collaboration here that’s lacking in the first two tracks, both lyrically and musically. It begins with a beautifully ominous string arrangement and then proceeds from there into something simultaneously jaunty and deeply serious. Hyman sings: “The heads in the box are talking/It’s all I hear/The head on my own shoulders fills with fear.” Here is where the Post-11/8 elephant in the room is dutifully acknowledged, which is important in a general sense, but also for what it does to frame the tone and structure of the album as a whole. In short, we glimpse here a band that’s much more in command of its craft than it prefers to let on.

The best example of this—and consequently the album’s strongest song—is “Brown Recluse.” Where the stylistic distinctions between Furstenberg and Hyman are at times too stark, “Brown Recluse” is a shining example of how seamlessly their virtues can and often do combine to create something truly fresh and beautiful. Hyman’s string arrangements brilliantly compliment Furstenberg’s lyrical expressions of dread, and as the song unfolds we sink deeper into its ominous soundscape. It’s a song about a poisonous spider, a rainstorm—about something dark and dangerous—which is captured so exactly that my skin literally crawled.

Following “Brown Recluse” are two songs which are fronted by Hyman, both of which help to further illuminate the album’s intended (and artful) balance; as stated above, it’s a balance that hinges on acknowledging the elephant in the room without letting it overtake the more intimate and timeless aspects of our time. When I reach “Lighthouse,” the album’s final track (which, like the first track, is steered by Furstenberg’s rich and woody twang), I begin to wonder if the album’s thesis statement was deliberately obscured. To realize how nicely the album is book-ended by songs about freedom (“Throw Me Out in That Summer Wind”) and love (“Lighthouse”) was to acknowledge that the elephant doesn’t get the first or last word.

All in all, there are times when the lyrics, as well as their rhythm schemes, strike me as a little too obvious or easy. But taken in context, I’m willing to consider whether the album’s facile aspects are deliberate. Because placed among heavy hitters like “Evil” “Brown Recluse” and “Sister,” an obvious rhyme has a strangely comforting effect. Furstenberg has a knack for capturing an attitude, some unspoken or underlying hint of humor that seems to imply just the right amount of self-deprecating charm; and it’s a charm that nicely contrasts Hyman’s sobering cello arrangements, giving the listener songs that demand to be taken seriously at the same time they achieve a cumulative levity, a disarming buoyancy. It’s refreshing to hear a band that’s able to be serious without taking itself—or the world—too seriously. It helps us all keep our eye on the elephant without having to play its insane game.