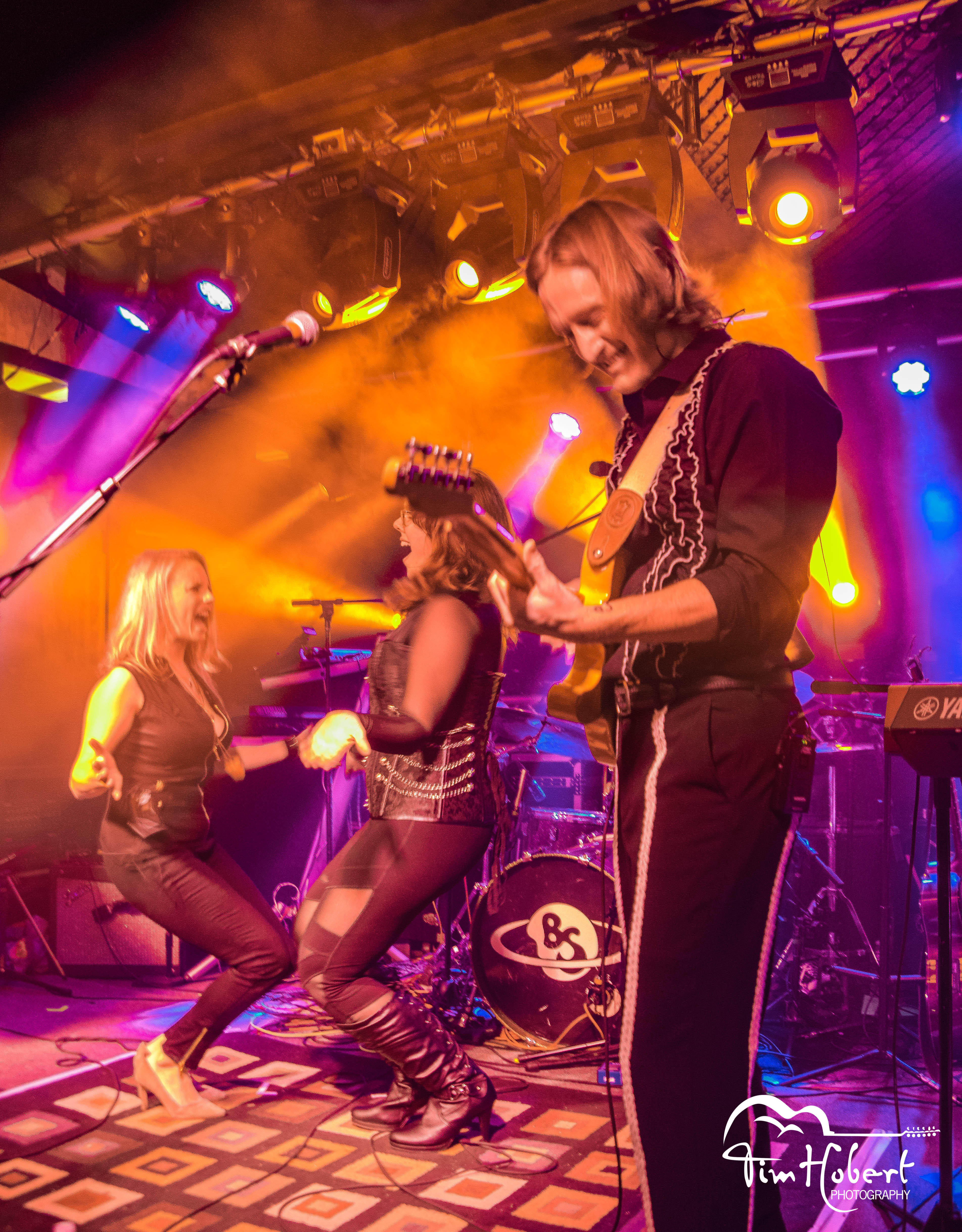 I’m at The Salvage Station and as excited as I am about Big Something and the 80s themed show, the real reason I am here is Emma’s Lounge. Honestly, I almost didn’t even make it; the entire week had been full of difficult emotional politics and I was worried that this show would end up being more of the same.

But not for long. It takes about 20 seconds of their sound check for me to remember the vibe that drew me to them in the first place. It’s not just songs: Emma’s Lounge literally possesses their audience with relentless love, their vibe nearly impossible to fight. The awkwardness I was worried about earlier now seems completely absurd, my anxiety drops like curtain.

By the time soundcheck is done the place is already filling up. Last night’s Big Something show, with local bad-asses The Freeway Revival and Dr. Bacon, had apparently been one hell of a rager, and with Emma’s Lounge opening tonight no one wants to miss a minute.

At almost 9 p.m. sharp, they take the stage to what is clearly a solid Emma’s Lounge fan-base. I’m on the rail directly in front of guitarist Brendan Bower and pretty much everyone to about five rows deep is singing along and knows all the words to every song. They plow through a burly and deliberate "Run Amok" before taking the long way around into an outstanding version of "Shaking and Swaying." 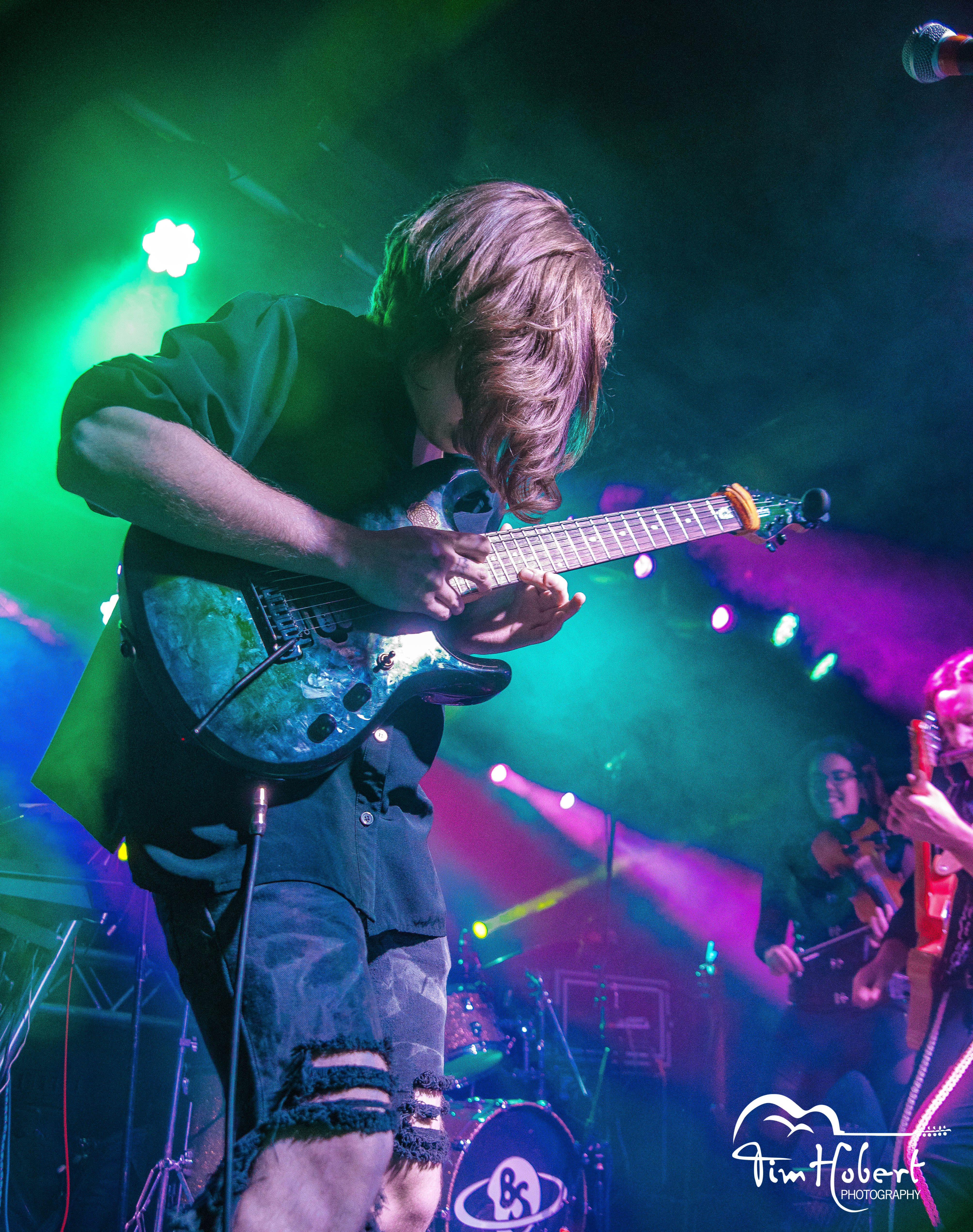 They move from there into a feisty cover of "The Middle," Bower’s angsty voice the perfect vehicle for the song. As I look around at the crowd, everyone getting down, everyone lost in the moment, I realize that I recognize a lot of these people from the Pigeons Playing Ping Pong show a little over a month ago.

I am reminded of what I said for Grateful Web about that show, about the crowd being one of the most loving, kind, caring crowds I had ever witnessed. As I reminisce about that a very clear picture begins to form in my head. While musically, the genres of bands like PPPP, Big Something, Emma’s Lounge, Dr. Bacon, and, even on the biggest stage, Phish, are all very different, they share a much deeper feeling then the musical notes can communicate. They shower their audiences with love and positivity, sharing fan-bases specifically because, the core of their message, and their live shows for sure, encourage individuality and non-conformity above all else.

I manage to snap out of my revelry for long enough to enjoy a "Long Blue Couch" that is just dripping with darkness, a perfect contrast to the overall mood coming from the stage and adding layers of depth to the performance.

This band brings it every time, able to truly cover the range of emotions but without ever taking you too far into the darkness. Their message of love and respect and philosophical exploration resonates with a group of humans who, sick of watching this world go to hell in a bucket, have decided to enjoy the ride.

They push through a well-constructed set list full of 80s mash-ups and soulful journeys, and as the audience continues to pile in for Big Something they are consistently drawn to the stage until, near the end of the set, there are probably close to 450 people dancing and crowding their way to the front to get a better view.

They wrap up the set with a driving "Greenville" and a solid, stretched out "March," bringing everything to a crescendo with a beautiful, acoustic-driven "I Saw the Light." At this point I have moved to the back to get a better view of the entire scene and I am blown away.

Hands raise to the sky, bodies sway, arms lock around each other, the intensity and drive of Emma’s ability to turn pain and confusion into a road map for the future. Tears stream down my face, turning the keyboard of my typewriter into an impressionist painting but it doesn’t matter. There are no words for what I am feeling right now, no mix of synonyms and antonyms and qualifiers that could ever explain what it meant to be, right there, surrounded by friends, old, new, and even former, but connected by a thread deeper and more universal than humanity itself.

Caleb Calhoun studied writing at The University of Tennessee at Chattanooga. He is the author and publisher of Rosman City Blues and a consistent contributor to GratefulWeb.com and Ashvegas.com. He lives on South Slope with his mermaid Dr. Gonzo.