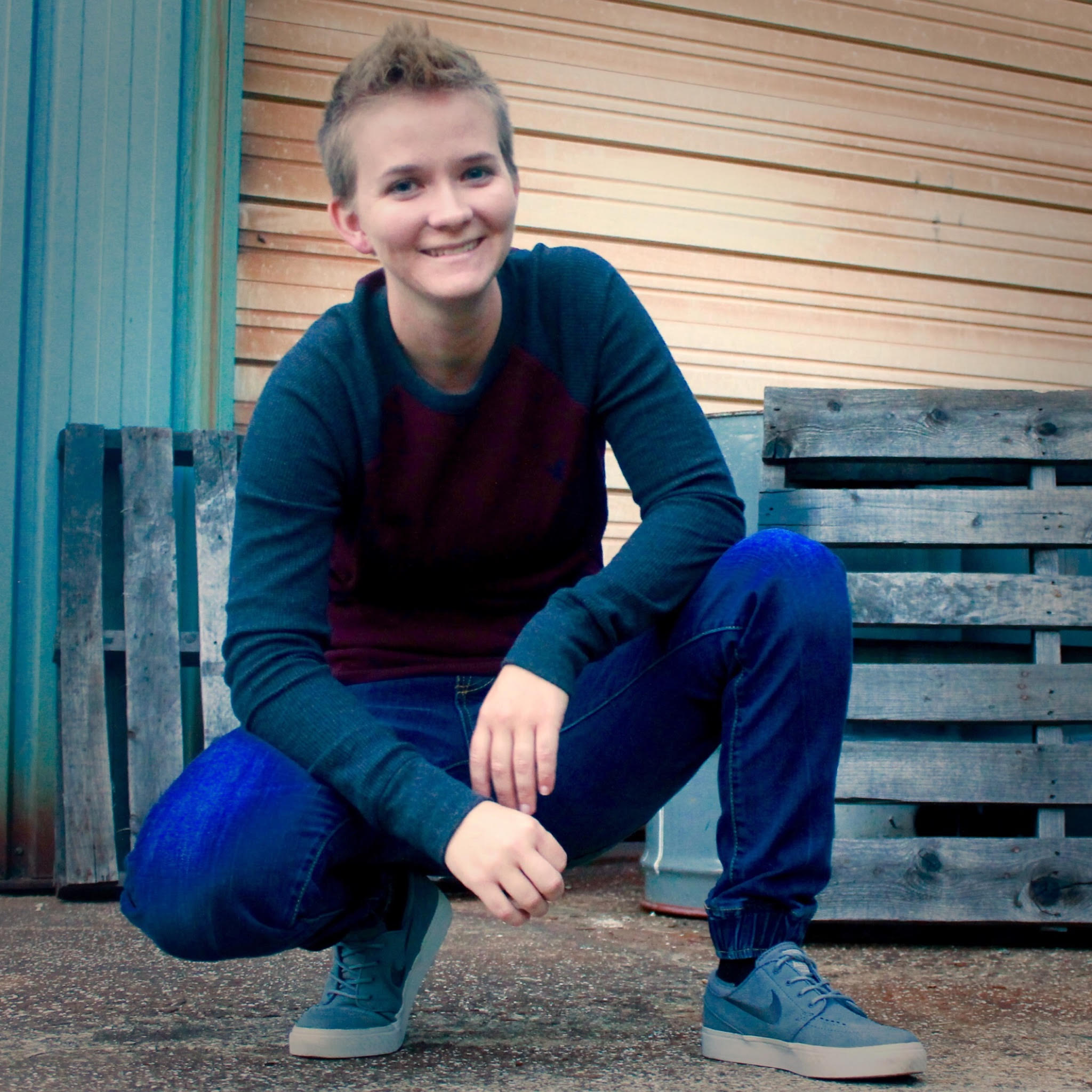 Elizabeth Carter has been at Pisgah Brewing in Black Mountain since 2013. She and her wife, Emily, had just relocated from Spartanburg, SC to their favorite weekend getaway. Elizabeth had been working a job that she wasn’t happy in, and was looking for a change when Emily saw that Pisgah was hiring. Elizabeth remembered getting a growler of Pisgah Brewing’s beer on one of their first trips to the mountains. She was immediately drawn to Pisgah’s hometown feel and family atmosphere. Having grown up on a farm herself, she was thrilled to learn that Pisgah uses locally sourced produce for their specialty beers. “When we make pumpkin ale, the pumpkins come from the farm next door. I know the farmer personally,” Elizabeth said. “We use Dynamite Roasters Coffee for our Valdez Coffee Stout and French Broad Chocolate in our Chocolatized. It just makes sense that we would use local providers to make local beer. It’s really cool to be a part of what Pisgah is doing and to be able to make a living at the same time.”

Elizabeth is the only woman on Pisgah’s production team and the only female brewer on staff. She started out cleaning growlers, which led to filling them. She eventually took on more and more duties. She recalls what it was like to start in an industry that was so new to her: “They gave me a chance when I really didn’t know anything. They stood by me and helped me grow.” She admits that being vertically challenged has been an obstacle, but that everyone is always willing to jump in and help if she needs it. “Sometimes I can’t reach something, and sometimes I just don’t have the physical strength that the guys do. But that gives me the opportunity to find a way of doing something that makes everyone’s job easier. The advantage is that I can fit into smaller spaces to clean or reach something that the others just can’t get to.”

Growing up on a farm and having manufacturing experience has prepared Elizabeth to work in a brewery. She isn’t afraid of heavy lifting, and she’s always looking for ways to do her job faster and more efficiently. She has found a warm welcome for her ideas at Pisgah Brewing, whether they are related to the process or an idea for a new beer. “These guys are super open minded,” she said. “I can present an idea, and if I can show that I’ve thought it through and I can back up my idea, they let me go for it. If they’ve tried my idea before and it didn’t work out, then they share their learning experience with me, and we all grow.”

Elizabeth is looking forward to Pisgah’s upcoming expansion into a larger, more automated production brewery with a 30-barrel brewing system. While the beers that will be made there will still be served out of the same familiar taproom, the original 10-barrel brewing facility will become dedicated to special release beers and small batches. Pisgah will still be making the crowd favorites, they will just be making a lot more of them to keep up with demand and their growing distribution area.

In addition to bringing the flavors of Western North Carolina to the tap, Pisgah also brings the WNC music experience to the community. Whether they are hosting a show on their one of a kind outdoor stage or brewing LEAF Amber Ale to benefit the LEAF Festival, Pisgah Brewing is keeping the soundtrack to the mountains alive and well. “Even if I’m pouring beers at a concert on our stage or at LEAF, I can feel the energy that these places bring to a performer and the audience. It’s cool to be a part of it. We are a really good organization. We make good beer, and we have good people.”