Eliada Home Corn Maze: For the Young (at Heart)

Eliada Home Corn Maze: For the Young (at Heart) 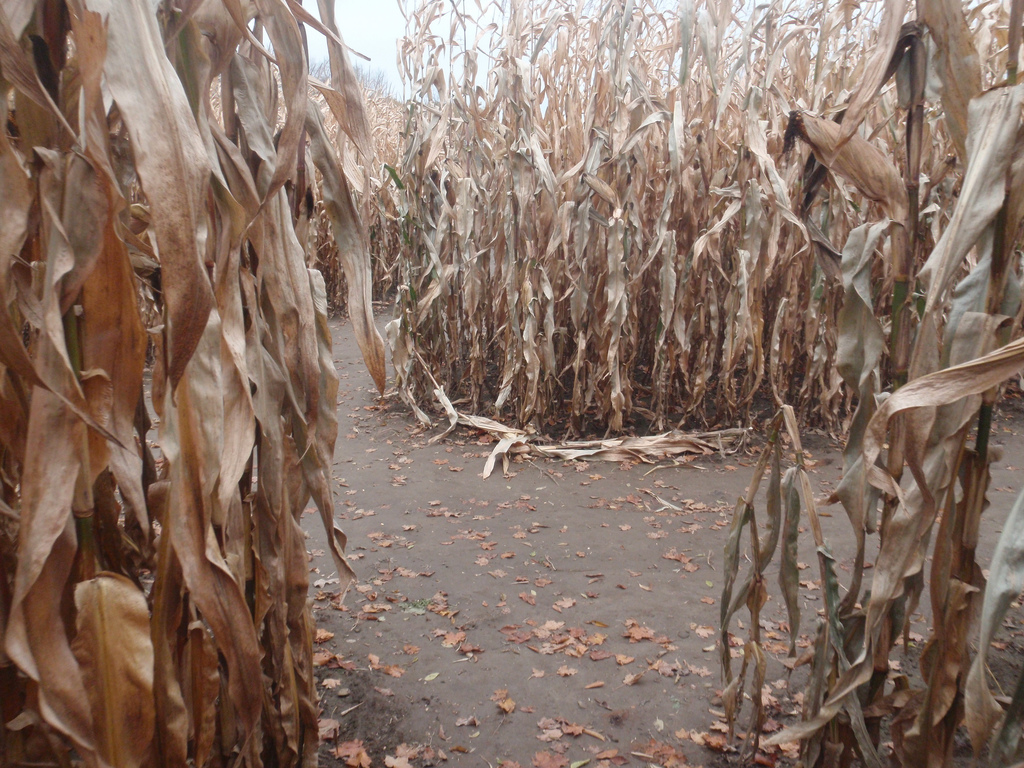 There are some things that are faux pas to participate in when you are an adult without children: trick-or-treating, playing on a kids playground, going to story time at the library, eating those fruit squeezable pouches, etc. I've lived here for eight years, and visiting the Eliada corn maze has been on my bucket list, but for some reason I felt uncomfortable going with just me, the bf and no kids. Lately, as I approach my mid-thirties, I've had a weird phenomenon occur—I've started to like children! I don't know what it is, but seeing their innocence and the way their faces light up at the simplest things gives me warm fuzzies. I was never the little girl who had a lot of baby dolls that I played with or rocked to sleep. I was an independent tomboy who made my own decisions, and was completely determined to have things my way—honestly not much has changed. So partly, my excitement to go to kid-friendly events is kinda a way to see the kids.

So after getting the day off this past Sunday, I decided to force my friends with children to go to the corn maze. Except none of them could go. This was a dilemma: Do I go on my own with the company of children to cover the fact it was for me, or do I go as a creeper with no kids? The decision wasn't that hard: I invited another couple without kids and we went.

We got there around 5 pm and were told it was closing at 6. Awesome, nothing like rushing around a corn maze. Behind the entrance doors was so much more! A huge, steep slide that shot us out onto the pasture where there was a "sand box" of corn kernels, a huge jumping platform, haystacks om which to ride inflatable hobby horses, and a human spider web. I was impressed. We received a map to use through the maze. The corn was not in its most prestigious form, and kids had definitely not kept on the path of the maze, instead running through patches of corn and leaving their own little trails throughout the dried corn stalks.

After walking through the maze, we embarked on my favorite part of the trip: the jumping thing. I'm not sure of the exact terminology, but it's a "hill" of air with lots of bounce that shot me way up high, and that's pretty much all I can say about that. It was awesome. Parents removed their children for fear that they would get shot up in the air and onto the ground, because the weight of four adults was propelling their little bodies higher than usual. The rush of energy was much more intense than a trampoline or even one of those jumping houses. As we got our shoes back on after jumping, I realized what I realize so often when I'm concerned about people paying attention to me in a potentially embarrassing situation: No one really pays attention to me, and if they do, who cares? I was having my own fun, kids or no kids.

We ended our day with a "hayride": really just a wagon on the back of a tractor, tooling around the corn field, with a nice breeze and the setting sun as the backdrop. What a great day to be a kid. 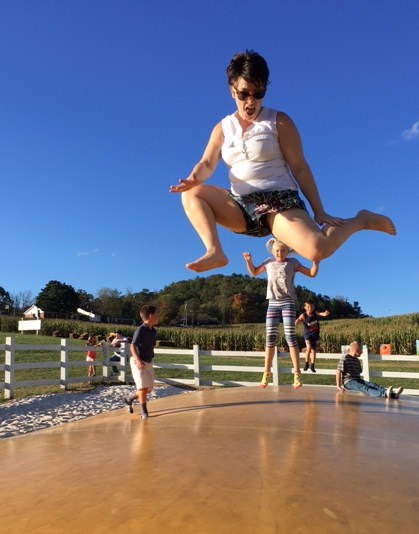 Want to go visit the corn maze for cheaper? Check out this deal, which gives you 2 tickets for $15 (a 38% savings, versus at-the-door price of $12/person).