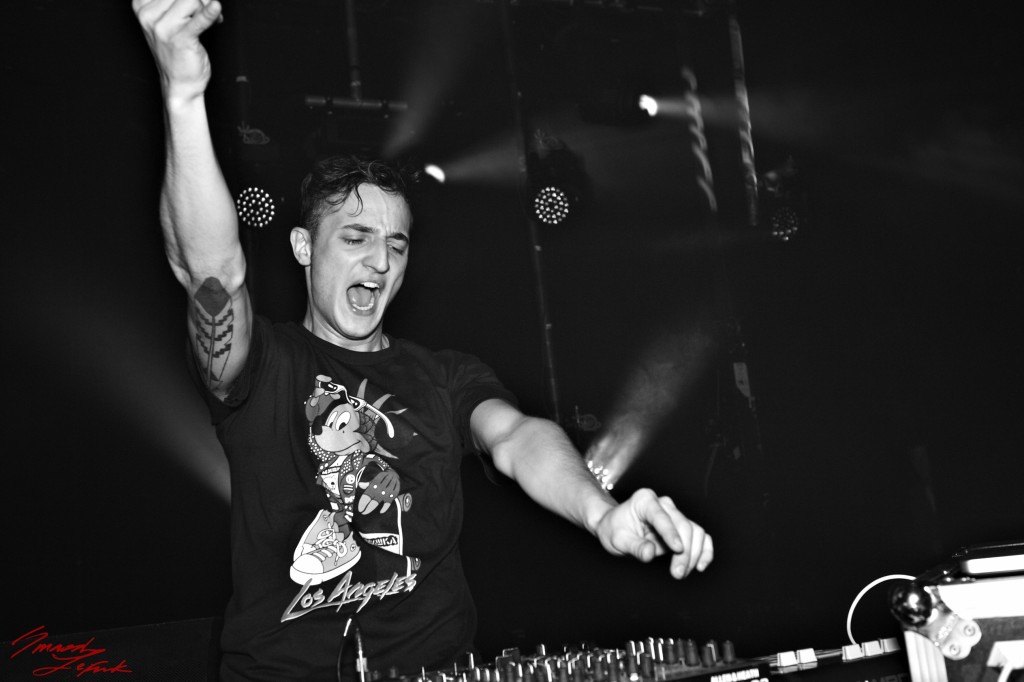 Hey, bassheads. Gotcha another one. West Coast producer MiMOSA is coming to New Mountain to rock your nuts this Thursday, December 3.

For such a young stunna, he’s made quite a name for himself by not only touring a whole shitload of material but also starting his own label, FALSE iDOL MUZiK, and apparently creating his own genre, called Future Trill. I have noooo idea what that’s supposed to mean, but I like this guy’s gumption.

His latest album Delusion of Grandeur appears ironically titled considering he certainly seems to think of himself pretty grandly (a “MiMOSA in this bitch” vocal sample graces several of his songs), but it hooks me right away, with deep bass lines leading into booming hip-hop beats on the title track. I am instinctively bouncing in my porch chair to the lead-footed “Lost,” clearly envisioning myself grinding it down to the venue floor, and “Regenesis” delivers a welcome, driving dance beat. Yeah, gimme dat.

At the same time there are some pretty obnoxious hip-hop and dubstep-esque elements at play here, and like most bass artists of today, this thing isn’t entirely unique anymore, but MiMOSA does have his own flavor, and it comes through. You can pour that right down my gullet, boy. I’ll drink it up.

His merch is pretty cool. I’d rock the hell out of that sweatshirt if he gave me one.

From Nashville, ike supports (no clue), but AVL's own illanthropy starts the night off with his bass thing. I happen to have a funny anecdote about him. I don’t know the guy personally at all, but he played an impromptu late night set at one of my crew’s summer parties, and when we specifically requested chaw tunes (cuz we're greedy little bears like that), he delivered a helping of heaviness so raucous that we had to lovingly remove him from the tables. Sometimes ya just can’t, even at 6am on acid. This ain't the Full Moon Gathering. Duuuude, I’m sure you’re cool though. You bring that shit this Thursday.