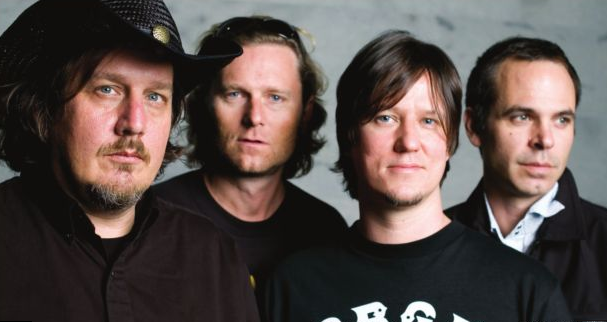 The 26th Anniversary Season of Downtown After 5, presented by Harmony Motors, returns Friday, June 20th with American Aquarium taking to the stage first, and then headliners Drivin' N Crying closing out what will no doubt be yet another memorable night on North Lexington Avenue.
The last 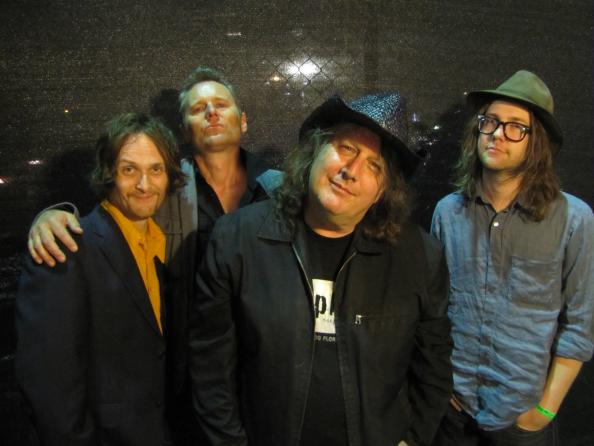 time Drivin’ N Cryin’ headlined the Downtown After 5 stage, it was the largest crowd in the history of the music series. Playing their own style of Southern rock since the 80s, DNC has shared the stage with Lynyrd Skynyrd, Sonic Youth and Neil Young. Their new album “Turntable” is being touted as the band’s best work in two decades.
Openers, American Aquarium, hail from Raleigh and have spent the last six years on the road building a fan base from coast to coast. Whether you call it alt-country, Americana or roots rock, one thing is for certain-their music is a fresh voice that borrows from many forms of the American songbook.
Thirsty concert-goers will find plenty to wet their whistle including local brews from Pisgah Brewing, Asheville Brewing Company, Catawba Brewing and French Broad Brewing Company. Plus, regional favorites Sierra Nevada, SweetWater Brewing and Foothills Brewing as well as national brands from Budweiser of Asheville and Empire Distributors will be on tap. Wine, soda and water will also be available for purchase.
To purchase alcohol attendees will need to show a valid picture ID and buy a $2 wristband. Proceeds from wristband sales for June’s event support LEAF Community Arts. LEAF uses music and the arts to empower children and adults from varying socio-economic backgrounds in order to build communities. LEAF is visibly seen throughout the downtown community through the Easel Rider, a mobile art lab that provides creative space for children and adults alike.
From sandwiches to popcorn and ice cream to wraps, food vendors offer a something for everyone’s taste. Food vendors include: Rosetta’s Kitchen, Ultimate Ice Cream, Nick’s Grill, Kettle Corn, Lobster Trap, D.O.G.S., The Lowdown Food Truck and Gypsy Queen Cuisine.
H&A Productions returns with their supersized games and What-a-Wall to keep the kids busy.
Downtown After 5, presented by Harmony Motors, is committed to reducing its impact on the environment. That’s why we work with local partners to reduce our power consumption, encourage multi-model transportation, increase composting and recycling, and decrease waste.
Sundance Power Systems sets up a solar array at each event and it feeds power into the grid throughout the day. This helps us balance the extra power we need for sound and lighting.
We also partner with Asheville on Bikes to offer a complimentary bike corral, so attendees who ride their bikes can rest assured they’re kept safe. Cyclists also enjoy the benefit of being able to park their “ride” nearby.
We also require all vendors to use compostable food and beverage containers, and staff the recycling and compost bins to ensure waste makes it into the proper bin. Since implementing its greening initiative, the event has reduced the number of bags headed to the landfill to just a handful.
New this year, the ADA is partnering with West Carolina Water Treatment to offer complimentary filtered and chilled water. Festival attendees will be able to fill up their water bottles for free, helping reduce the number of plastic water bottles at the event.
Green Machines ATMs will be back on site offering ATM service to attendees. Green Machines donates a portion of the service fee to support the programs of the Asheville Downtown Association.
Downtown After 5 is sponsored by: Harmony Motors featuring Volkswagen of Asheville, Audi Asheville and Porsche of Asheville; Budweiser of Asheville; Sierra Nevada; Pisgah Brewing; Sweetwater Brewing; 98.1 The River; Rock 105.1; 105.9 The Mountain; Star 104.3; Asheville Regional Airport; Asheville Scene; The Laurel of Asheville; WNCW; Renaissance Asheville Hotel; Sound Mind Creative; Go Mini’s, Sundance Power Systems; Lexington Avenue Brewery; West Carolina Water Treatment; Asheville Ale Trail; The Orange Peel; Strada Italiano; Chop House; Asheville Color & Imaging; WLOS and Able Rent-a-John.
Downtown After 5 is a production of the Asheville Downtown Association, a nonprofit organization committed to the preservation and improvement of the central business district.
More information about Downtown After 5 and the Asheville Downtown Association can be found online at www.ashevilledowntown.org or by following through social media including Facebook (www.facebook.com/AshevilleDowntownAssociation) and Twitter (@AVLDowntown).