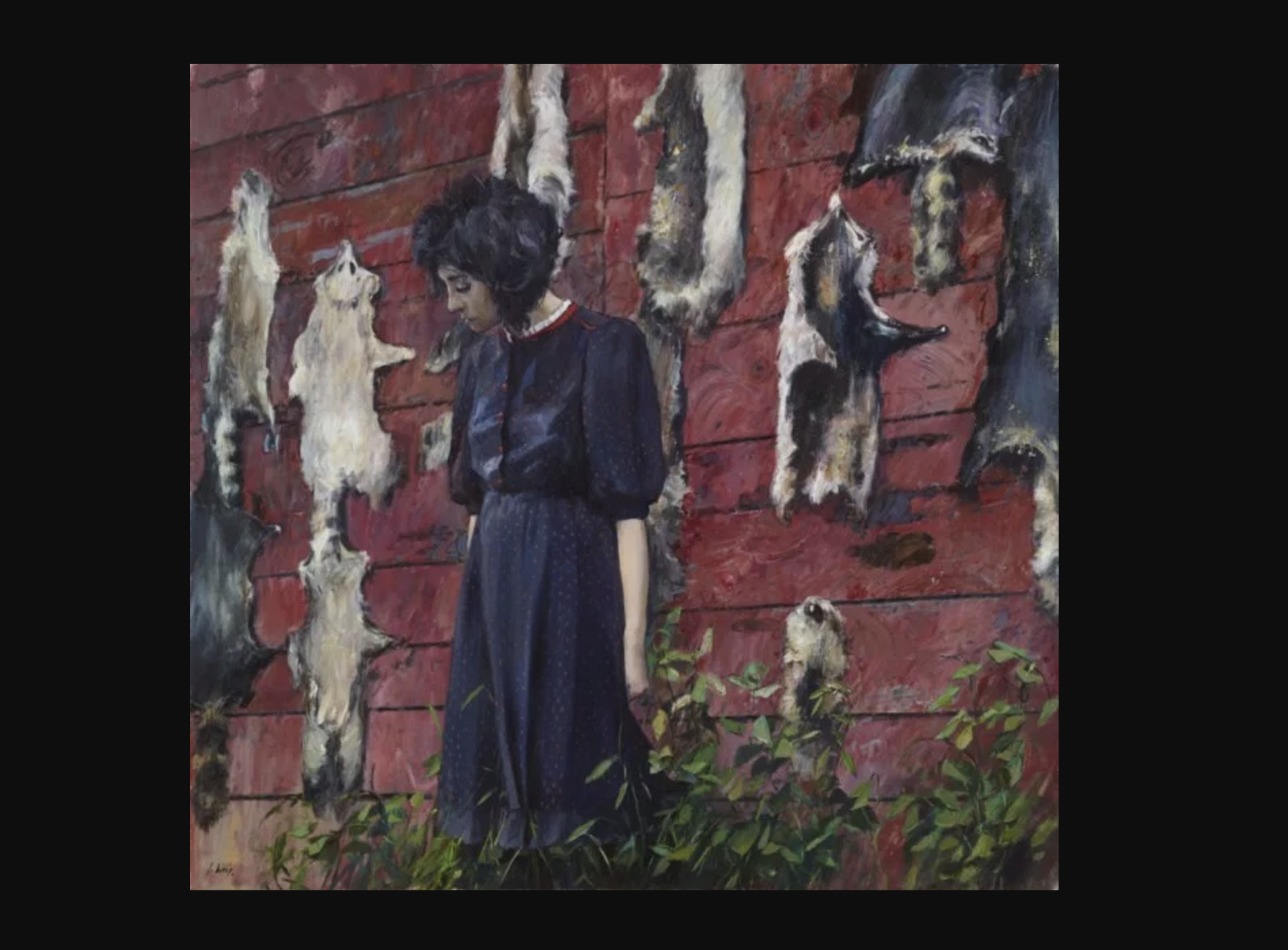 Revolve will once again be hosting the Murder Ballads series of paintings by Asheville-based Artist Julyan Davis on Saturday night, with musical accompaniment by Elisa Faires and Mountain Bitters as part of program called “Dark Holler.” The program returns in the wake of its successful summer predecessor (and first official event for Revolve), “Dark Corners.” 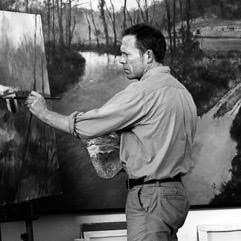 Davis paints his figures in heavily ambiguous scenes, often playing with perspectives in such a way that casts viewers uncomfortably in the middle of the suspense as the interlocutor.

“What I like about the murder ballads is the sense of fatalism,” Davis said. “Bad stuff happens and we just sort of get on with things. They have that sort of inherent toughness to them.” 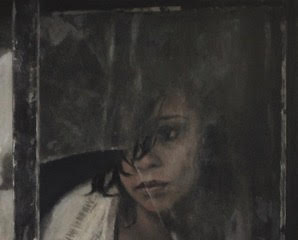 Detail from the Murder Ballads series

Davis’ work exists within the framework of the Southern “culture of honor,” which accounts for higher rates of violence in the South due to the emphasis placed on a man’s reputation, and the normalization of violence as a response to perceived slights, as argued by professors of psychology Richard Nisbett and Dov Cohen in their book Culture of Honor.

But Davis isn’t interested in simply depicting a murder. Davis’ fascination lies in creating a mood.

“Behind that drama in the murder ballad is that kind of acceptance and resignation [of the victims],” Davis said. “It’s a perfect backdrop for a more existential contemplation of life.” 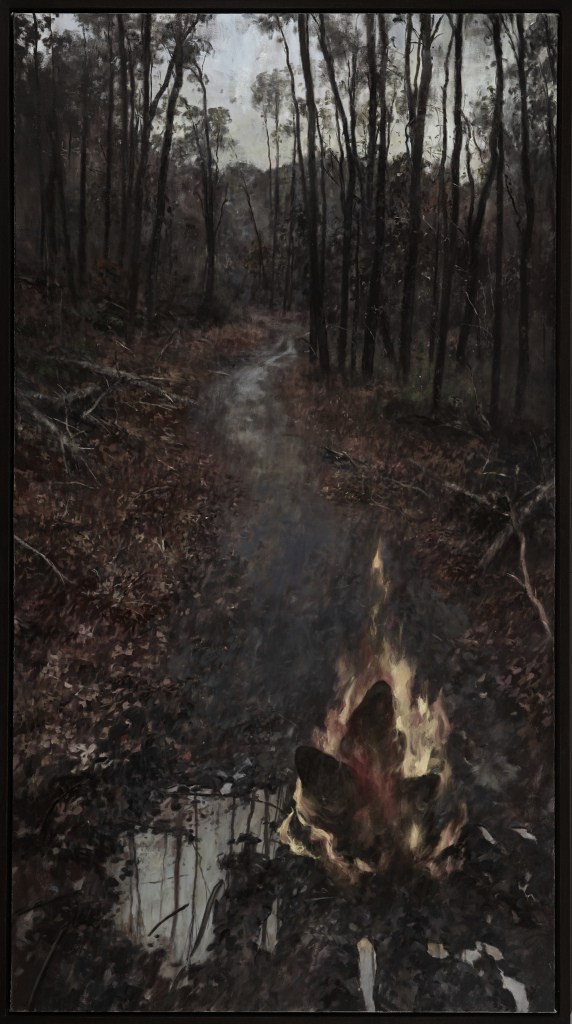 For Davis, it’s the culture of honor that puts big emotions such as jealousy, obsession, or injured pride together to create the drama necessary to convey the desired atmosphere for each ballad and each painting. Because of this, Davis takes comfort in the realism of the murder ballad.

“I just find it kind of refreshing in a way,” Davis said. “It connects me to an older type of world, where people just accepted things the way they were.”

Yet Davis notes in his artist statement that the themes addressed in the murder ballads remain pertinent regardless of how old they are: Lovers still end up in the crime reports.

The event is part of a collaboration between Revolve and the Media Arts Project of Western North Carolina, which seeks to foster innovative artistic approaches across the region.

“The cross-programming between music and painting around a common theme from different perspectives is really a perfect mesh of what we hoped to accomplish,” said Colby Caldwell, program director of Revolve.

Performances by Elisa Faires and Mountain Bitters will accompany the paintings in the Listening Space. Though they stylistically approach music differently, their songs address similar themes, which Caldwell thinks will create an intriguing mix of electronic and acoustic sounds for audience members.

Megan Drollinger, Gretchen Caverly, and Emmalee Hunnicutt, all classically trained, formed Mountain Bitters out of their desire to play and sing their beloved folk music with other women. Though their schedules are busy and Hunnicutt lives out of town, the trio always finds a way to circle back around to rehearse murder ballads and other songs together.

“Presenting the murder ballads as an all female group, I would hope that it would inspire the listener to think about the songs more from the woman’s perspective,” Drollinger said.

Caverly notes an imbalance in the traditional music scene. It relies heavily on men, and although that’s not an inherently negative thing, she said it feels healthy to come together as an all-woman project as a means of taking ownership of this kind of music.

“I hope that under the current dialogue happening in pop culture about sexual harassment, and seeing the common tropes of murder ballads, will kind of reverberate in a way that continues that dialogue and how people approach those things,” Caldwell said. “Having male and female voices in the event is really important, and I hope that reflects itself in the audience.”

“Dark Holler,” in contrast to the “Dark Corners” program from over the summer, will be rounding out Revolve’s first year as a gallery. Caldwell said the event will act as a perfect bookend to their first season.

“I want it to be an adventure,” Caldwell said. “I want folks to come into the space curious, and be open to the kind of combinations that might occur when you mix points of view.”

Tickets are $10 and are on sale through Revolve's website. Revolve is located in the RAMP Studios (821 Riverside Dr, Asheville). The first event sold out, so grab your tickets now!