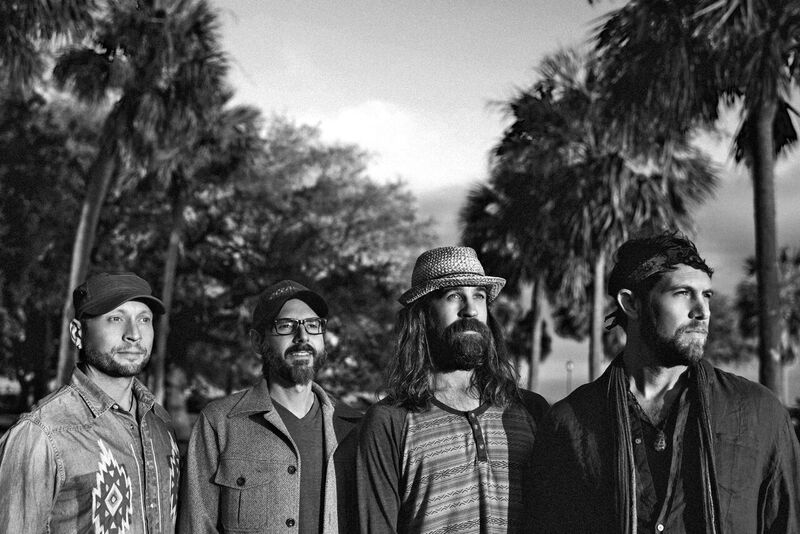 Dangermuffin, the self-proclaimed organic, sand-blasted roots rock band, melds hand-crafted lyrics and beachy vibes to create tunes that transcend all audiences. Lead singer and guitarist Dan Lotti moved to Western North Carolina three years ago, so when deciding where to play their album release party, the band knew Asheville would fit the bill.

Lotti was kind enough to answer a few questions for us in preparation for their upcoming show, which will be at Isis Music Hall on April 1.

Young Asheville: It appears Dangermuffin's mission is to dig deep and uncover not only your roots, but the root of our existence. What led you and the band to this path of discovery?

Lotti: It’s been quite a process of purification. Being on the road, we have had the best of experiences and also some situations that have been very challenging. On a personal level, I have turned to a daily yogic practice that has brought me balance and perspective and inspiration. In doing so, a path has also emerged on a philosophical level that has brought me a lot of insight and peace. I think this inevitably leads us back to our natural surroundings, as this planet is the one thing that connects us all. Though I certainly don't have all the answers, I do have peace of mind, and I feel as though the simple expression of that vibration and standing up as an example of independent artistic expression is enough to make the world a little better place. It makes my world better—I can for sure say that much.

Lotti: We are grateful to be releasing the album and these songs directly to this vibrant artistic community. Obviously, Asheville is a very significant place, and an example to the rest of the country, so to bring this music to the folks that seem to resonate with the message of returning to nature and embracing your surroundings is a natural fit. Isis Music Hall has welcomed us with open arms; we love the room, the sound is impeccable, and the location is pretty much perfect.

Young Asheville: On your new album, Heritage, you've added a new drummer, and I understand there are also horns on the recording. Can you let us know what else is new/different about this compilation than some of your past albums?

Lotti: Yes! Steven has sort of enthusiastically moved on from staying behind the kit so that he can move back and forth on the stage between upright bass and percussion and congas. The album is mostly acoustic and strings in nature so it takes a more roots approach; it's something we have always wanted to create, an all-acoustic album.

Young Asheville: To someone who has never listened to your music, what can they expect to see at your album release show?

Lotti: They can expect to feel good vibes. They will see a band who has created many songs and has worked for nearly a decade to celebrate life and existence on a very grassroots level. They may find themselves in a room with people who are from many different walks of life, and we pride ourselves on that. You will also see a healing and transformation of us, the performers.

Tickets can be purchased here.

For a taste of Dangermuffin live at Isis, check out this performance of "Fuego," from their 2010 release, Moonscapes.