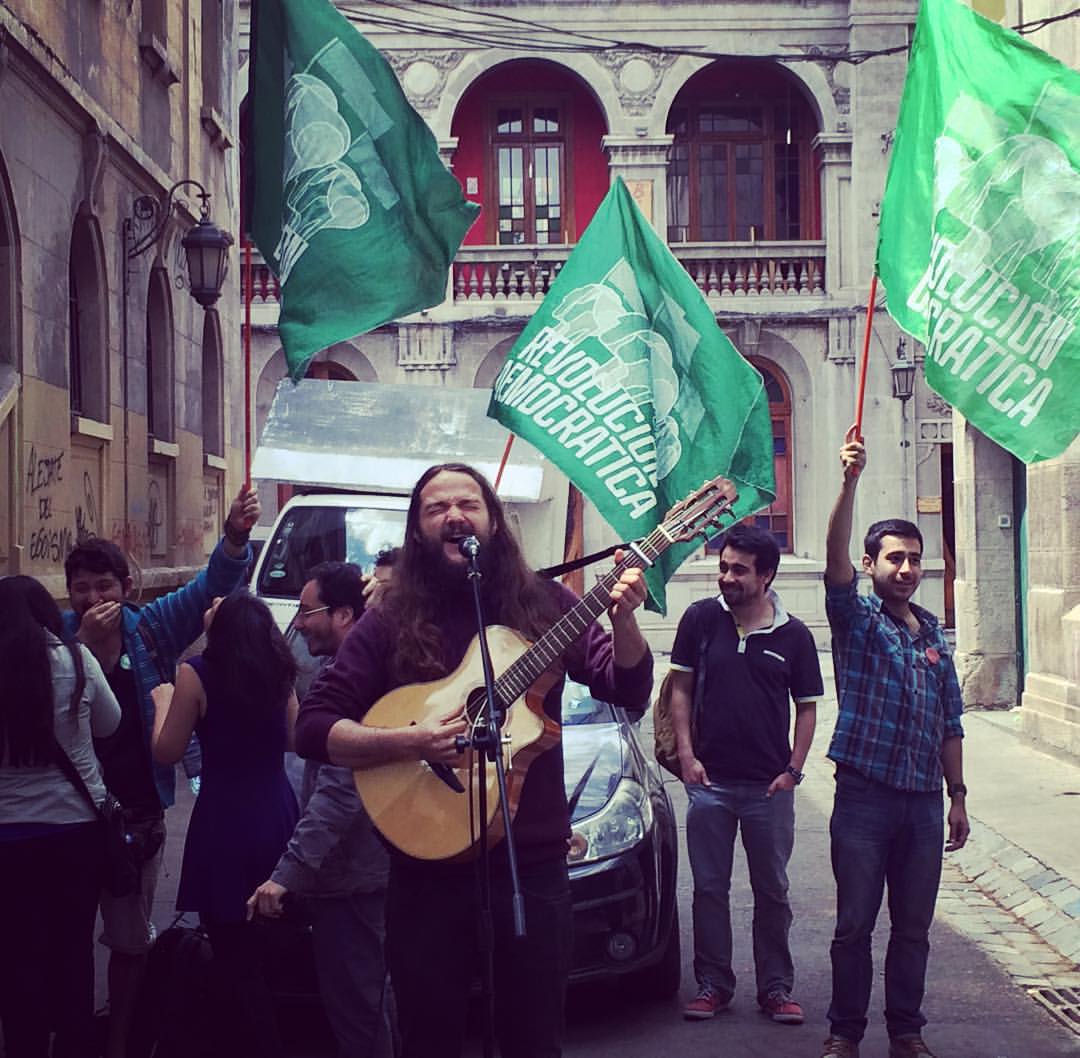 As these stories often go, Nano was introduced to music from childhood. Trained classically on the violin from an early age of three, Nano gravitated toward the emerging South American rock/punk scene in his adolescence. At 15 he join the popular underground Chilean folk rock band Matorral.

At 19, Nano dropped out of university where he was studying musical composition and left to travel Europe. After a year in Germany performing with the Latin American fusion band Ortiga, Nano moved to the Netherlands and began studying at the Conservatorium van Amsterdamn. In 2006 he released his first self-titled solo album. Since then Nano has released six studio albums, received numerous awards, and has toured all over the world. His latest 2015 release, Mil 500 Vueltas, currently ranks #1 on iTunes in Chile and features folk legend Joan Baez and Uruguayan Academy Award-winner Jeorge Drexler. Joan Baez recently remarked, “[Nano] may be the best young Chilean songwriter of his generation. With his lyrics, melodies, message, delivery, humor and heart, he gets my vote.”

What makes Nano Stern so relevant, however, is not only that he is a multi-cultural musical virtuoso, but that he is a dedicated and passionate activist who utilizes the platform of his creative expression to promote social and environmental justice. Nano recently played at an 180,000 person student rally in Chile that demanded free and universal education. ILC News wrote: “While Santiago’s own Nano Stern was playing on stage, chaos broke out and masked figures carrying football-sized stones started throwing them at police officers. Tear gas was released and tanks squirting liquids divided the gathering.” Nano played on, despite the unrest, thus making a powerful social statement in the process.


Apart from education reform, Nano’s work also delves into topics including immigration, water conservation, and deforestation. Australian journalist Samuel Fell noted that Nano’s sensation, “‘La Puta Esperanza” has been adopted as the anthem of the ongoing protest against the Chilean government’s damming of two rivers in Patagonia.” Additionally, as an active supporter of Idle No More – a Canadian environmental movement for indigenous protections that is currently gaining global attention – Nano recently mentioned to the Revista Revolver that he hopes to learn about bringing the organization’s initiatives back to Chile.

Nano brilliantly layers indigenous, African, and European elements into a sound all his own, humbly bringing audiences to tears and to their feet. Fluent in several languages (including English), his rise from busking the streets of Santiago to filling 4000 seat venues in Chile and his activism across many issues, have gained him praise from many corners and a fan base that grows with each tour.

Nano articulates the essence of his musical expression best when remarking: “In the measure that I’m able to vibrate strongly, other people will resonate. If that frequency is intense, other things around it will vibrate together with it. Music in the end is that. We can put aside words, and genre, and tradition. In the end, it is all about a movement of air that makes our bodies move. It’s the most mysterious thing.”