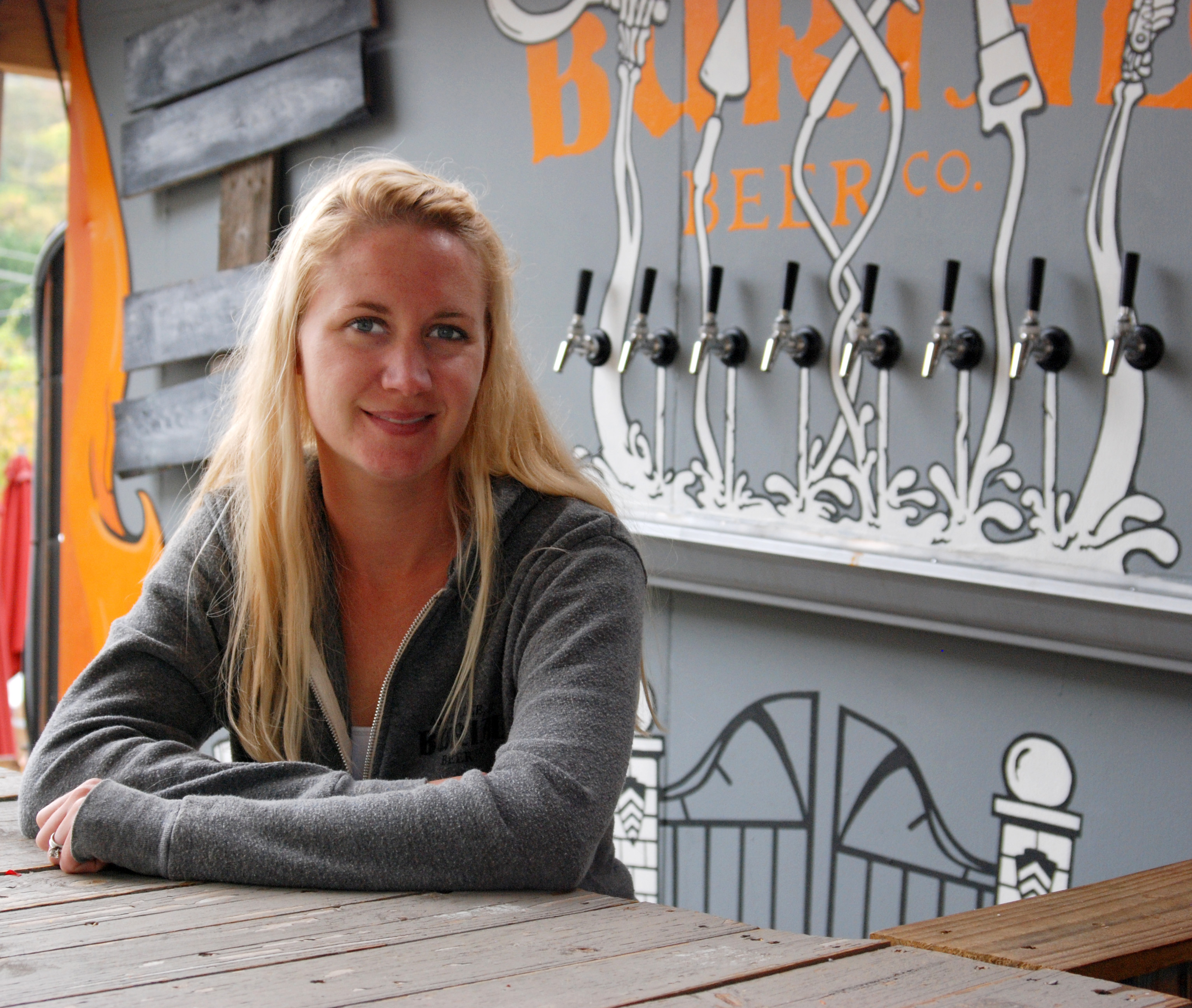 You know the old saying, “If you want something done, ask the busiest person to do it”? Following that logic, I think I would ask Jess Reiser, co-owner of Burial Beer, to do all of my dirty work!  She somehow manages to make running a thriving brewery while raising two young children look easy.

When I spoke with Jess, she was just recovering from Burnpile, the annual fall beer festival that started as a get together in their home with a few friends. The festival celebrates the fall harvest by showcasing seasonal offerings from a variety of breweries across the state. “Festivals are fun, but they are also a lot of work. We don’t have to put on an event like this,” Jess says, “but festivals and events are part of Burial.” She points to the sickle that is part of the logo. “Burial, for some, is a necessary step to reach the afterlife. At Burial Beer Co., we see it as a celebration: of life, of the cyclical nature of harvest and of the brewing process. We find glory in the things that once were.” Bringing the community of brewers together with the community of craft beer enthusiasts in a repurposed building to celebrate this cycle just makes sense.

When Jess, Doug, and Tim started Burial in 2013, they had a one barrel system (that’s two kegs in each batch) that made it hard to keep up with demand for their beer. Now, just two and a half years later, they have expanded to a ten barrel system with thirty barrel fermenters. Burial is producing more beer and hosting more guests than ever before. The opportunity to purchase the building they had been leasing arose.  This allowed Burial to expand into the outdoor spaces that surround the building at 40 Collier Ave. In 2015, they added cans to their line of offerings, and began distribution to other parts of the state, including Charlotte, The Triangle and the Triad. Last month, the brewery announced that they had found a second location for additional expansion. 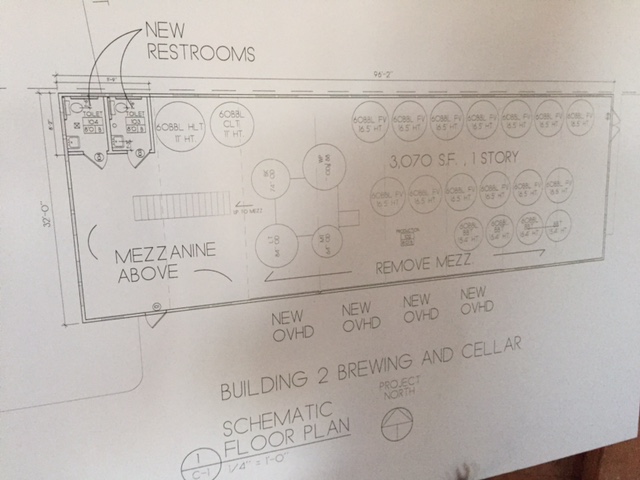 All of these are big strides for a young company experiencing steady growth, but they are giant leaps for a mother of two boys, ages four and two. The youngest, Nash, was born just two months after Burial opened!  Suddenly, the burgeoning brewery and petite owner appears much bigger than at first glance!  Jess has single handedly managed the public relations, marketing, human resources, book keeping, and event planning! Only recently was she able to expand her sales team and delegate tasting room management to their General Manger (about a year ago). Even still, she insists that Burial is growing at a pace that is comfortable for them.

I had to know how she was able to juggle all of these elements, and so well at that. Prior to opening a brewery, Jess worked at a large nonprofit that worked toward getting homeless adults into housing and connecting them with resources. In her role in the fundraising department, she wrote grants, planned events, managed social media accounts, built and strengthened the brand and their marketing campaign. All of this experience has prepared her for what she is doing now.

She also holds a Masters in Art Administration, which has helped with the visual branding of Burial Beer Company. “Tim and Doug also have a great eye,” Reiser says. “I fell in love with European Renaissance paintings while I was in school, specifically Northern Renaissance paintings. Now we have a line of beers named after famous works from this genre.” She adds that they work with an artist to communicate the cyclical theme by including a light side and a dark side to each of their can designs. They show the artist the painting the beer is named after, and he creates new pieces that nod at the original piece while staying true to Burial’s brand.

So what’s next for Jessica and Burial Beer?  Their second location will have more space for a larger taproom and production facility. With this new location they hope to grow production, but not beyond 16,500 barrels per year. “Even if we were met with demand and could grow past that, we wouldn’t,” Jess says. “We want to remain a manageable niche brewery.  All we really want is to make a living, and retire one day. Maybe take a vacation once in a while, and pay for our kids’ college.”

When asked what she would say to other women looking to go into business for themselves, Jess had this to say, “Women are often met with the challenge of wanting to do it all – children, taking on leadership roles, or opening a business – and feeling like they have to choose. I would tell other women that they can do it all.  Having a business is a lot like having a child. It’s stressful, and the future is uncertain yet it is extremely rewarding.  I have maternal feelings toward my business, and I care for it as I would a child. Parenting and owning a business challenge you in many of the same ways, but they are ways that make you a better person. Sometimes I wish I could fast forward ten years and know that my kids are healthy and happy, and the business is successful. But I think it’s important to remember that we are only human. No one can anticipate everything that will come up. We just deal with the curve balls as they come.” 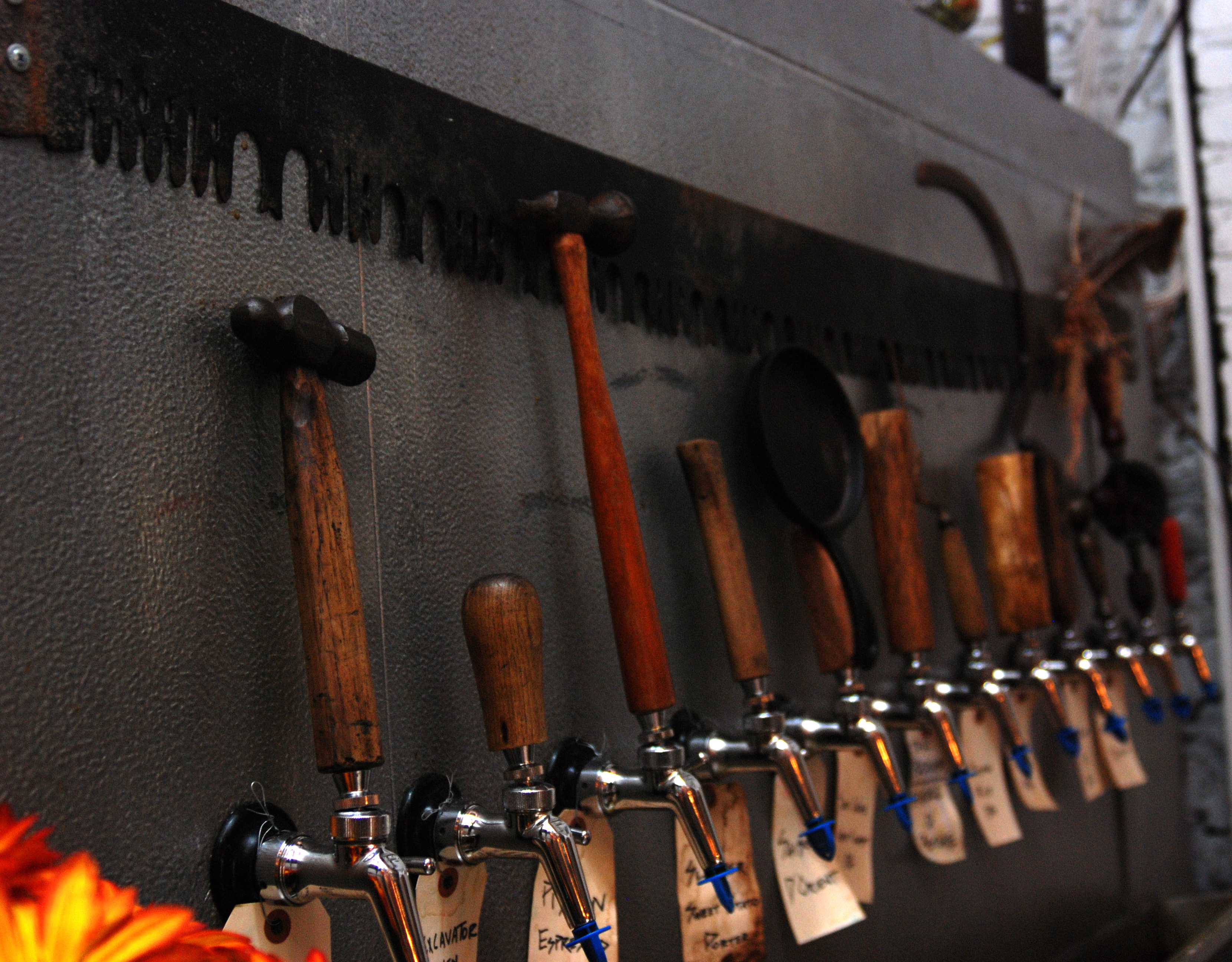