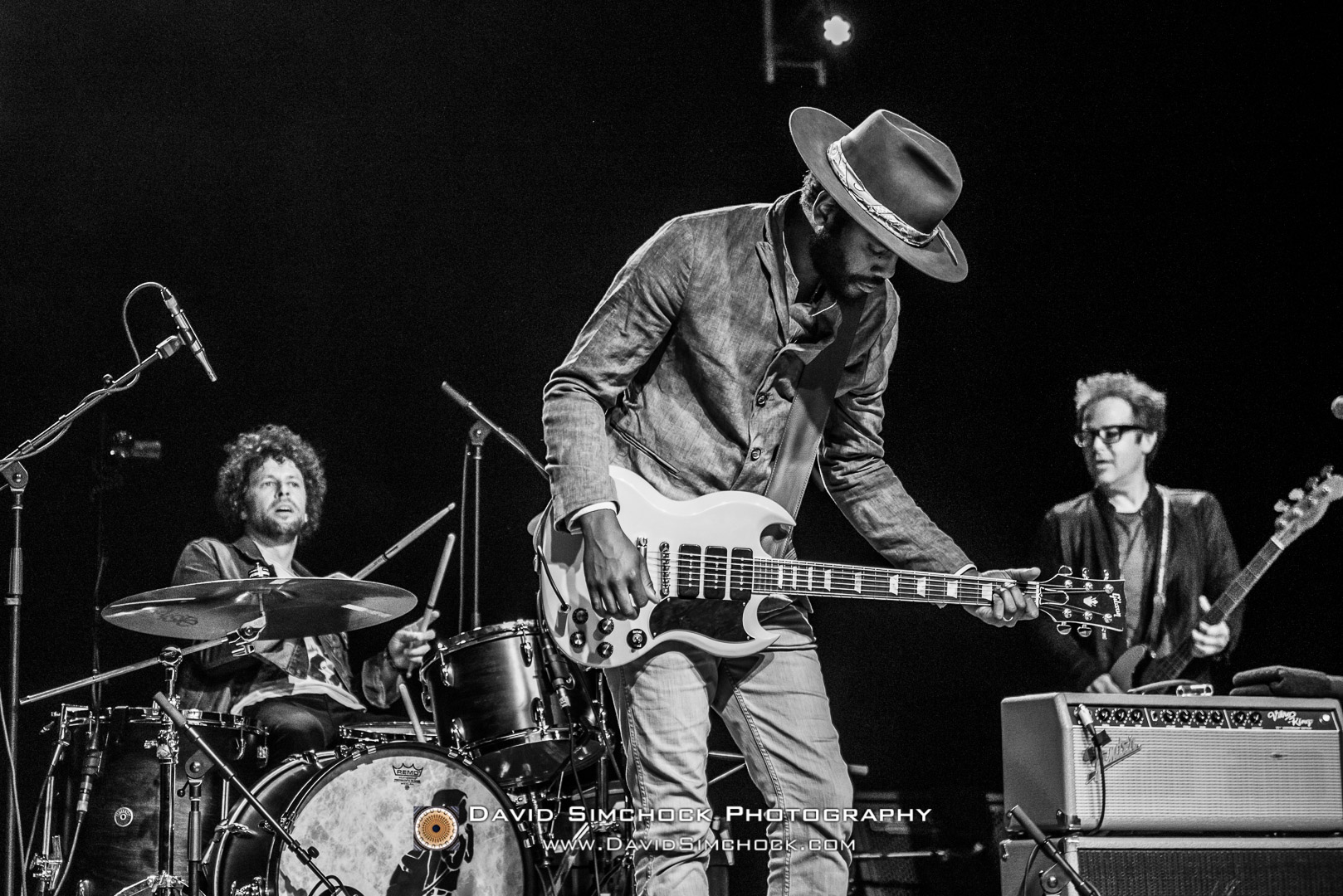 Young Austin, Texas-based musicians Jackie Venson and Gary Clark Jr. crossed significant paths on Wednesday, July 19, 2017 in Asheville, North Carolina, bringing their own inspired interpretations of blues rock to the stage of the Thomas Wolfe Auditorium. Venson holstering lead guitar accompanied by bass and drums prepared the stage for the headlining Gary Clark Jr.  Venson’s obvious love of her music was translated in her bright intoxicating smile and colorful wardrobe. Venson performed several songs from her 2016 self-released album Live at Strange Brew album, her 2014 The Light In Me, and other records, including “Real Love” and “Rollin’ On.”

On stage, Venson revealed herself as an obvious counterpart to Gary Clark Jr. Not only do both musicians share geographic locations, but both musicians also speak boldly and clearly through their guitar riffs, signature vocal styles, and regionally-inspired lyrics. While Venson started the evening with her smoky, energetic, oftentimes pop-inspired songs, Gary Clark Jr. closed the night with a scorching two and a half hour set fusing his own blend of blues, rock, and soul. Clark sauntered on stage with an undeniable coolness. With hat slightly askew, Clark’s stage presence hints at a stoic calm almost contradicting the blazing, driving sounds peeling from his guitar. Clark’s on-stage coolness slightly adjusted Wednesday night, long enough to switch guitars and remove his sport coat, but it effortlessly speaks of musical precision as Clark embodies his oft-used nickname of "The Chosen One." Venson and Clark present themselves at varying points along the blues spectrum and both musicians represent new, evolving forms of musical genres and expression.

Fortunately, fans of Jackie Venson will have another opportunity to see the performer as she returns to Asheville on Friday, August 25, when she will perform at the Isis Music Hall.