Behind the Bars: The Legend That Lurks at Highland Hospital

Behind the Bars: The Legend That Lurks at Highland Hospital 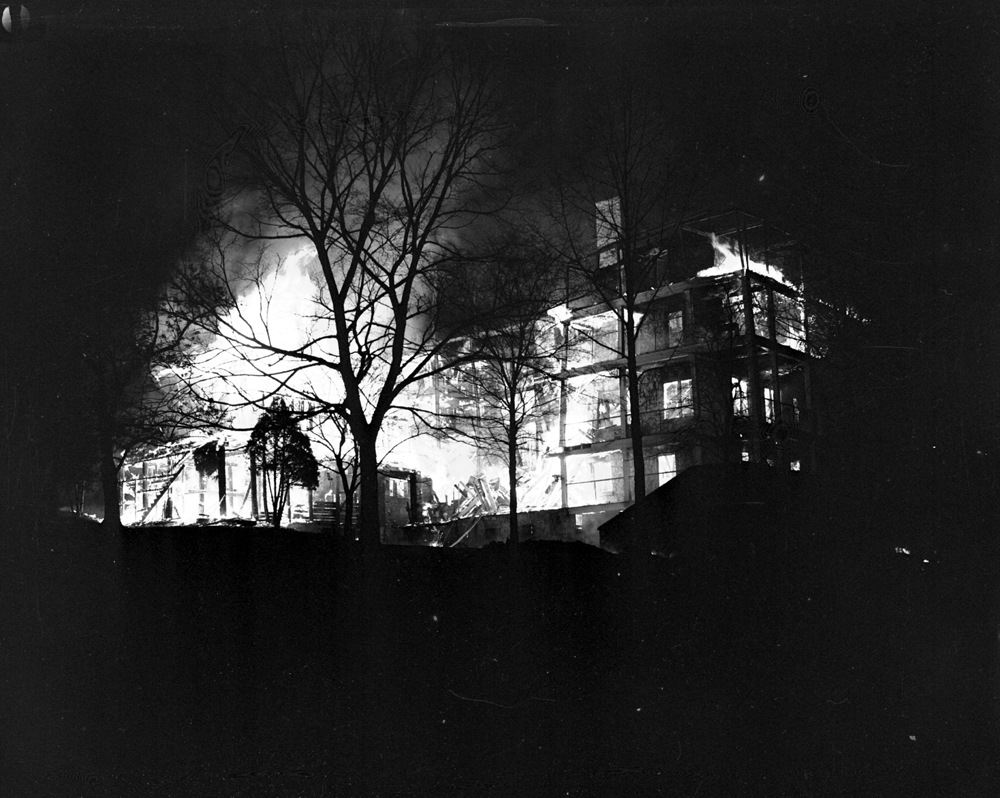 On March 11, 1948, the striking oranges and reds that lit up the nighttime Asheville sky did not belong to the beauty of a sunset.

They belonged to a fire that engulfed not only a portion of the Highland Hospital complex in Montford, but left a celebrated icon of the Lost Generation forever lost in flames.

Over the years, the Highland Hospital complex has seen many famous individuals grace its aged entryways, like Zelda Fitzgerald, and now, more than ever, the public’s fascination with the complex remains.

David Schulman, an author hailing from Sylva, wrote The Past Is Never Dead, a novel set in vivid Jazz Age Asheville that re-imagines the characters of its past, including Zelda in the midst of her stay at Highland.

“I’ve always been interested in Scott and Zelda Fitzgerald, and I’ve been researching them for over 10 years now, reading just about anything about their lives separately and together,” Schulman says. “Naturally, when I found out about Zelda living in Asheville, of course, the sad state of her dying there created quite a drama.”

A Place of Healing

The opening scene to the drama began before Zelda’s time in the late 1800s, when Asheville was starting to establish a reputation as a place of healing.

By the 1940s, the city had developed a reputation both nationally and abroad as one of the best places to seek treatment for tuberculosis and, as a result, began installing many medical facilities in close proximity to each other along the city streets.

This created a spike in tourism, which in turn set off a chain reaction that attracted wealthy doctors. This became the primary reason for the growing amount of sanitariums that became popular in Asheville at the time.

Tourism had been bringing publicity and energy into the area for decades, says Sharon Fahrer, who runs History-at-Hand, a local business that take groups of visitors on walks through different districts of Asheville.

“These people started coming to be cured of tuberculosis, and they were wealthy people,” Fahrer says. “There was a public hospital for tuberculosis, but the private sanitariums were much more expensive and exclusive.”

The most famous doctor, without whom Highland Hospital would not exist, was Dr. Robert S. Carroll. Originally named “Dr. Carroll’s Sanitarium,” the psychiatrist opted instead to change the name of the establishment to Highland Hospital in 1912, according to the National Park Service.

Amongst the other hospitals being built, Highland Hospital began to garner a credible reputation that was quintessentially Asheville.

“From what I understand of Dr. Carroll, the founder, Zelda was there because it was known for its progressive treatment of mental illness,” Fahrer says. “So the patients had to exercise, had to eat properly, and there was a farm that the patients were required to work on.”

In 1939, Carroll decided to relinquish control of the facilities to the Duke University Department of Psychiatry, and the hospital continued operating as normal.

Then came the fire.

Nobody knows for sure what sparked the blaze on the night of March 10, 1948, which killed 9 women.

There has, of course, been speculation. The majority of newspaper clippings addressing the event cite a fire that roared up the dumbwaiter shaft as the reason for the inferno. Others are not convinced it was an accident.

“At one point, people said Zelda herself set the fire,” Schulman says. “There was also a person working in the kitchen who may have started it by accident with a grease fire, but somebody also said that actually one of the nurses was a kind of firebug and had started previous fires there.”

Zelda stayed on the top floor of the Central Building, which was the floor occupied by the most-troubled patients. Photos from the event show the horror of the evening, with wooden beams falling down, the building collapsing into itself like a giant dead spider.

Central Building was the only wooden building on the property. The strong bars barricading the windows indicated that the patients on the top floor were those with the most serious conditions.

“The psychotic people, like Zelda, were really locked up, and that’s why the fire people couldn’t get in, because they had a ladder and the porch had more than just a screening around it,” Fahrer says.

After that night, Highland became synonymous with Zelda’s name, and through the years, many more famous guests graced its threshold, including Patsy Cline and James Taylor. *

By 1990, however, Duke University was ready to shake itself free of Highland.

“Duke sort of just wanted to get rid of it in the 1990s and four or five business people bought it and sold it up,” said Schulman.

The current ownership of the property is also scattered. Because Montford is classified by the city of Asheville as a historic district, the buildings that were a part of the hospital campus, such as Homewood Castle, where the Carrolls resided, will be maintained in their original structure.

On July 15 of this year, the exact property that was Highland at 75 Zilicoa Street sold for $1.25 million and is slated to become a center where adolescent men can find help for substance abuse.

“I learned more about myself in that year and a half than most people do in a lifetime,” Robertson says. “Even after the first few months, I went to college every day and came back to the campus at night. I thought the staff were wonderful.”

But not all former residents feel this way.

In the case of Hadley Chabela Scott, a writer hailing from Winston-Salem, her experiences at the hospital did not affect her for the better.

She was sent to Highland from Duke, where she had been hospitalized for eight months for using illicit drugs such as marijuana and LSD.

“The worst things I’ve seen in my life were in mental hospitals, that’s for sure,” Scott says. “That place fucked me up actually. I just didn’t belong there.”

As locations like the Highland Hospital campus are now conversation fodder for tour guides to speculate about, perhaps the truth of what actually happened in the halls of the hospital will remain only with the dead.