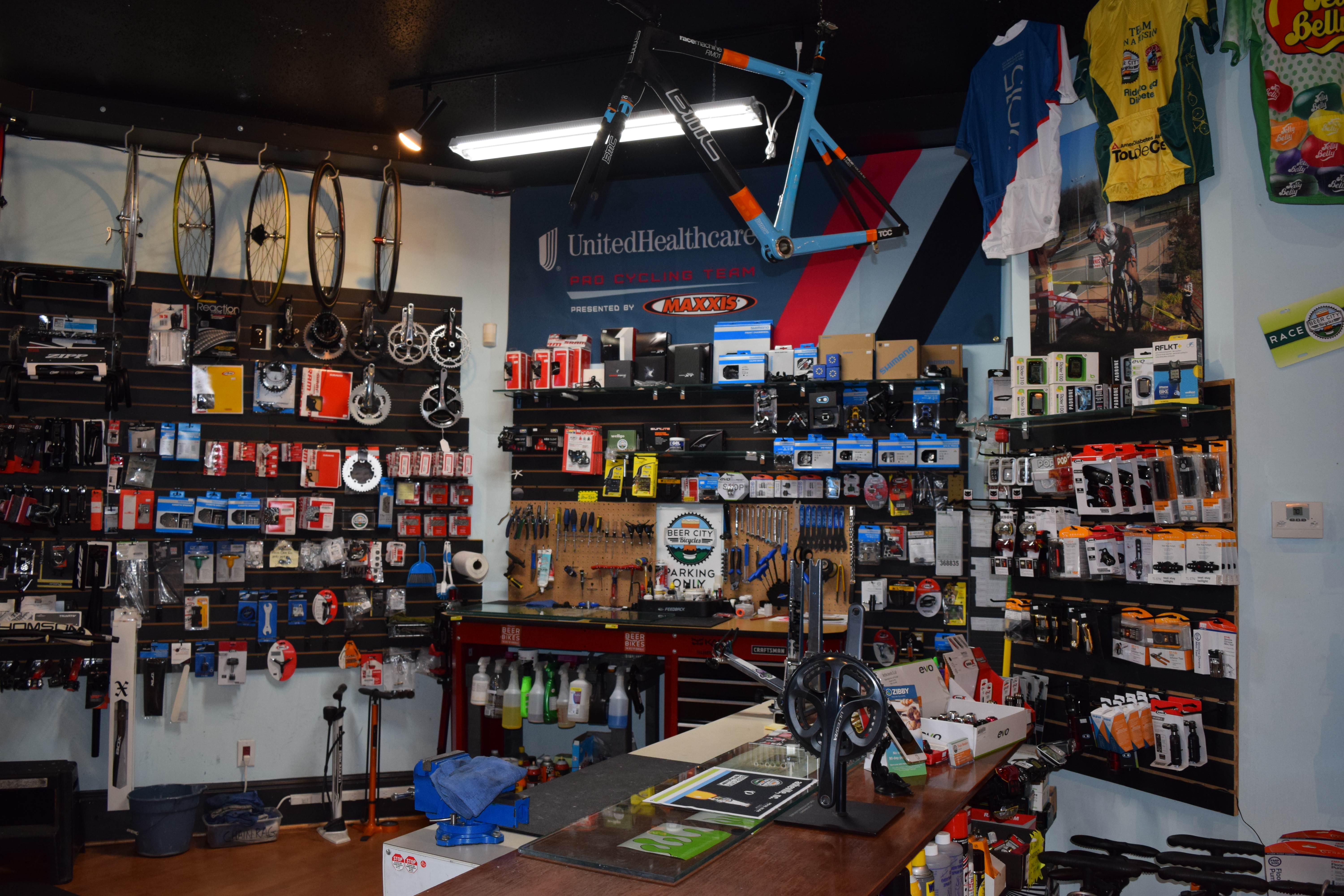 When I moved to Asheville three years ago, I quickly learned a few things. For starters, brunch is a verb and something people take very seriously here, beer is acceptable at any time of the day, and everyone has their own definition of working out. So, being that I’ve mastered the brunch and booze scene, I decided to get my hands a little dirty and uncover a few unconventional workouts and let you in on them. 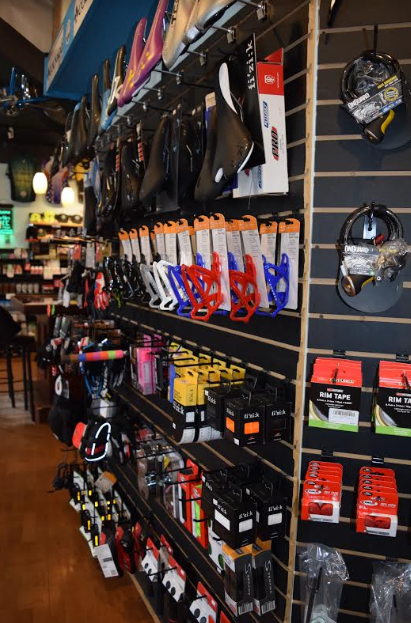 You don’t have to go far in this town to know that cycling is king. Asheville hosted the USA Cycling Collegiate Road Nationals in 2015 and DuPont Park is home to some of the country’s best mountain biking trails. So, what do cyclists and biking enthusiasts do when they can’t hit the great outdoors, they go to Beer City Bicycles.

Located on Biltmore Avenue, at the outskirts of downtown, Beer City Bicycles has been a staple in the Asheville cycling community since 2010. What started as strictly a spin-tech training center quickly grew into a full-scale bike shop two years later. Their in-house repairs, rentals, merchandise, used bike sales and trail maps are relatively standard for most bike shops, but their selection of local beers on draft and spin-tech training, is what sets them apart from the other dozen shops in town.

Cyclists can bring their bikes to the store, clip in and enjoy a state-of-the-art workout with CompuTrainer. The program features RacerMate One software suite which includes Power Training, 3D Cycling, SpinScan, and Real Course Videos. The latest release adds Course Creation to build courses from scratch, edit preexisting courses, or import GPS data. 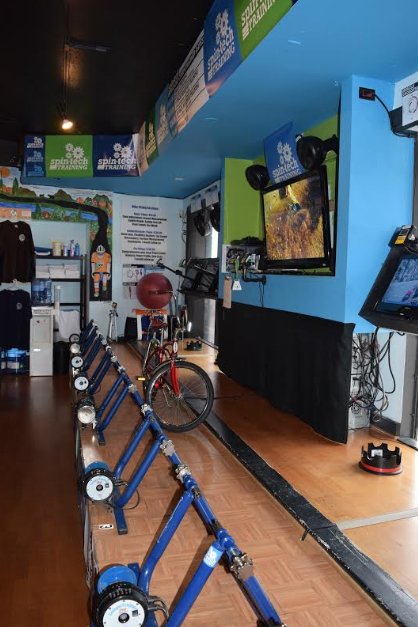 Don’t have a bike? No problem. Beer City rents bikes and will set you up for your best possible indoor ride with custom seat fittings and shoe clip-in demos for first-timers. Or if you’re already an experienced rider, their 20-minute power testing service is a great way to benchmark your training and overall goals. And if you needed any more convincing, after you’ve finished your ride you can grab a beer from their wide selection of local brews for a perfect recovery drink. Beer is packed with electrolytes, carbs and plant-based nutrients that make it a great combination of good ingredients to refuel your body after a hard workout.

Beer City Bicycles manager Frank Mandaro says, "We wanted to create a place that cyclists of all levels could come in and enjoy, and I think we did that." So, whether you're looking to get into cycling or already an experienced rider, if you haven't checked out Beer City Bicycles, it's about time you do.

You can learn more about Beer City Bicycles, their hours and their services at their website. 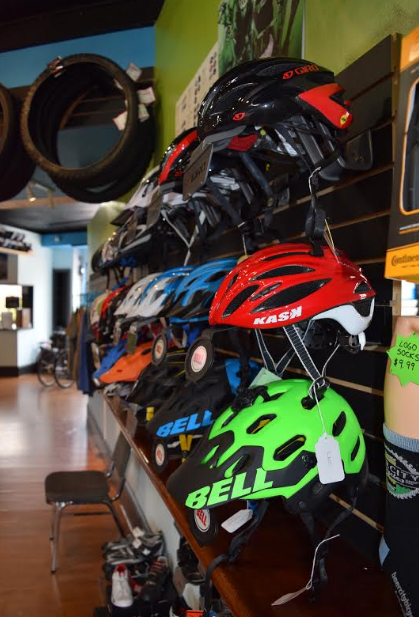