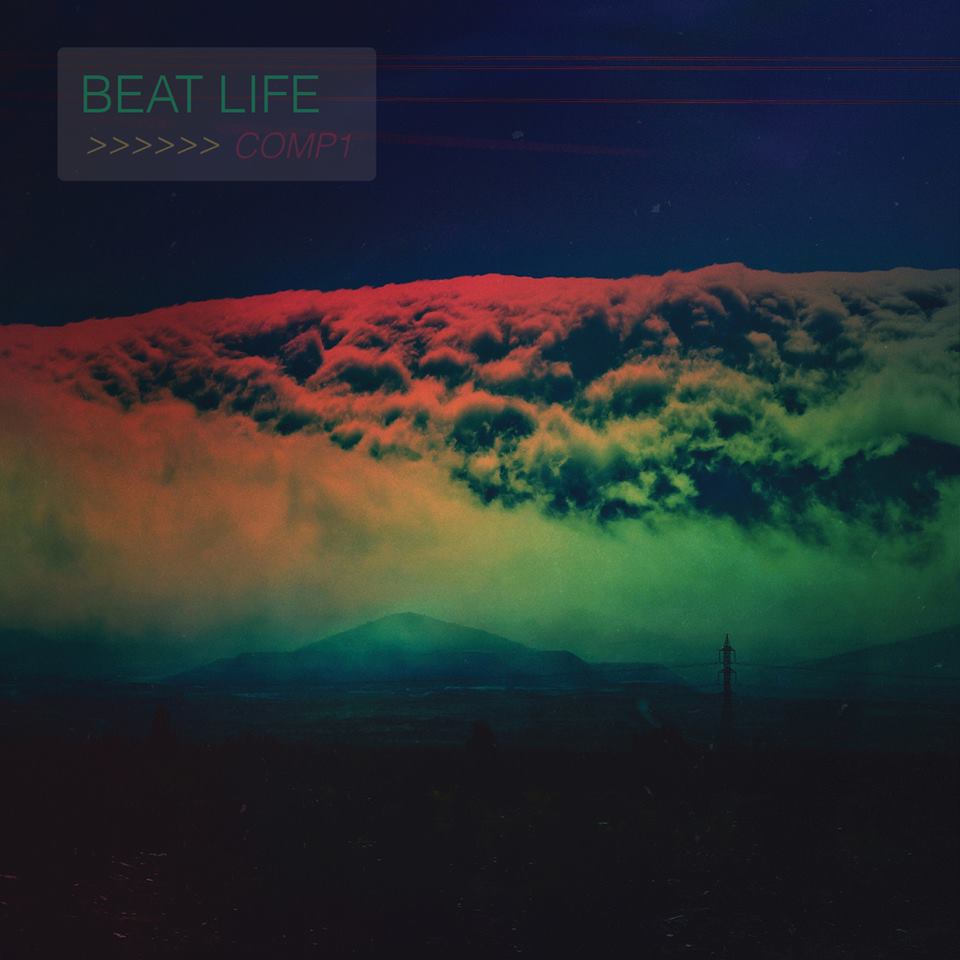 BEAT LIFE releases its first compilation, BEAT LIFE COMP.1, on Tuesday, January 17th. The album features 15 tracks from producers who have been involved in BEAT LIFE events and includes artists from Asheville, Knoxville, Atlanta, Charlotte, Raleigh, and beyond. It's the first of two scheduled to drop from the BEAT LIFE crew, and it's a must-have for fans of electronic/beat music in the region--or those who want to be in the know. BEAT LIFE COMP.1 will be available via Bandcamp, and all proceeds will go to the Sioux at Standing Rock.

BEAT LIFE has become something of an institution in Asheville thanks to the efforts of its talented local and regional members, innovative musicians and performers who throw shows under the BEAT LIFE name at locations like The One Stop and the Mothlight. These semi-monthly events fill an important niche in Asheville's growing music scene: that of electronic beat music and hip hop. The beauty of BEAT LIFE, though, is that it's never reducible to just one sound. Ambient and experimental songs--and whole sets--show up during these shows. Last year, BEAT LIFE threw a total of eight shows, including the wildly successful and unprecedented 15x15 event, which brought 15 producers to the Mothlight to play for 15 minutes each (and they did it again at Atlanta's 529 this past spring). The goal for 2017 is to make BEAT LIFE a monthly event, with more community outreach and album releases in the works.

BEAT LIFE COMP. 1 showcases some of the community's most compelling producers, and it's a delicious sampling of what these artists can put out. It's also a lot of new material that I, as a frequenter of BEAT LIFE shows, have mostly never heard, meaning that whether you're new to these producers or whether they're old favorites, it's all going to be fresh. Local DJ and BEAT LIFE member Vietnam Jerry put together a killer minimix of the album for your streaming pleasure; check it out below for a preview of the goodness.

The compilation opens with "Polysaccharides," a track from DFLN (the late Derrick Curtis) and China-based producer Mefaun. DFLN was slowly building a name for himself in the area and beyond. He'd been working with producer DEEPBLAK at the time of his death, and he was getting noticed by some of the bigger names in the industry. Placing DFLN's track first on the album highlights just how much of a community these producers have created. It's a dark, moody track that opens soft and then slides into glitch supported by driving hip-hop beats. Distorted sounds and fragments of melodies carry the song through build-up and breakdown into a slow final fade.

"Fifths," the track from Asheville producer eMe, was a stand-out in a very strong bunch. There's a softness to this track that finds expression throughout, initially with the avian sounds with which it opens. While the beat is undeniably infectious, it's also, at least initially, a bit muted. It's almost as if you're listening in a forest, at some distance from the actual music being played. The tempo stays consistent, but elements are added and fall away throughout the song, including a guitar repeating a line of melody, a deep bass groove, and snatches of vocal samples.

The chill vibe continues with ManOFTHEDown's track, "Sexy Pencil Skirt," which has elements of dub and is undeniably funkified. There's also a slightly retro feel to it, with 80s-style synth chords that float above the bassline like a rainbow. Asheville's Blavatsky lays down the next track, "Dropping Hints," which brings back some of the darkness the compilation started with. Drum beats hit sharp and deep in this head-nodding, trippy song.

Charlotte's Axnt includes a strong track, "Platformer Pt. II," that is earthy and spacey all at the same time. If I were sailing out beyond the rings of Saturn, this is the song I would play in my tricked-out vintage spaceship. Knoxville's Cosmoore continues our ethereal trip with his effortlessly cool downtempo track, "Fresh," filled with luminous beats and vocal blips.

Stevie Pre, another Ashevillian, has included his song "Underground," and it might be my favorite track of his. It maintains a pretty straight hip-hop tone and features rhythmic vocal samples and distorted, fuzzy riffs before dropping into a melodic, and minimal, guitar lick towards the end.

Raleigh's Oak City Slums has always been one of my favorite producers. He brings so much energy to his unmissable live shows, and it keeps fans coming back for more. His track for this compilation, "Down," shows his softer, slower side. It's a sexy, sidling track that moves like maple syrup but spares nothing in beats or innovation. At the heart of the track is a sensual, jazz-inflected line that grounds the whole thing. Yes, please.

Atlanta's The Difference Machine are next with their track, "Progress." If you don't know The Difference Machine, get familiar right here. There's absolutely no one like this wildly talented seven person group who make it a goal to expand minds through music. Their deeply philosophical lyrics are matched by their fierce musicality and their mind-blowing stage presence, which translates onto the album as an undeniably fiery energy. It's a powerful track.

Brycon chills things out again with "Whoopin Krane," a simple, evocative track that is an exercise in balance between bass, melody, and vocals. Asheville's Koresma offers up the next track, "Back Home," which has flavors of Indian ragas and meditative Eastern flute music. I love the way Koresma creates beauty in his music that mirrors patterns and images of the natural world. "Back Home" is yet another example of his unique ability.

The song naturally transitions into Realms's track, "Avocado Green," which includes the greatest amount of vocals on the compilation (other than the Difference Machine). The song's deeply personal vocals share a narrative of hardship, struggle, and racialized violence set against the backdrop of a lilting instrumental line.

As soon as it started playing, I knew beyond a shadow of a doubt that "Gotta Make It" was a Cpt Hyperdrive track. Effortlessly bouncy, it's the most upbeat and danceable song on the whole compilation (though you can certainly groove to all of them). Cpt Hyperdrive's sound is infectious. His songs take you to your happy place without a shred of corniness or falseness. Things build up to a fabulous climax and then break apart into individual elements, which are remade into a new configuration by the track's end.

RBTS WIN, a perennial local favorite, is represented by their track, "Live From the End of the World," characterized by easygoing beach vibes. I'll have another Piña Colada, please.

The compilation ends with a standout track from Samuel Paradise, "Innerverse Bounce," a song that is as driving as it is playful. Its richly textured and rhythmically complex, making it deeply pleasurably to listen to. It's a journey into a trippy wonderland of squishy, splacky, joyful sounds that leave me longing to go further down the rabbit hole.

BEAT LIFE COMP.1 is an incredibly strong album. It's also a testament to the formidable talent that has helped create the Asheville beat scene. Every song is distinctive, but the tapestry created by the whole is unified, stitched together by the bonds of music and community. Whether you're already a fan or you're completely new to the scene, the album is a must-have. Go get those beats. The full album is available for download (pay what you’d like) on Bandcamp here.