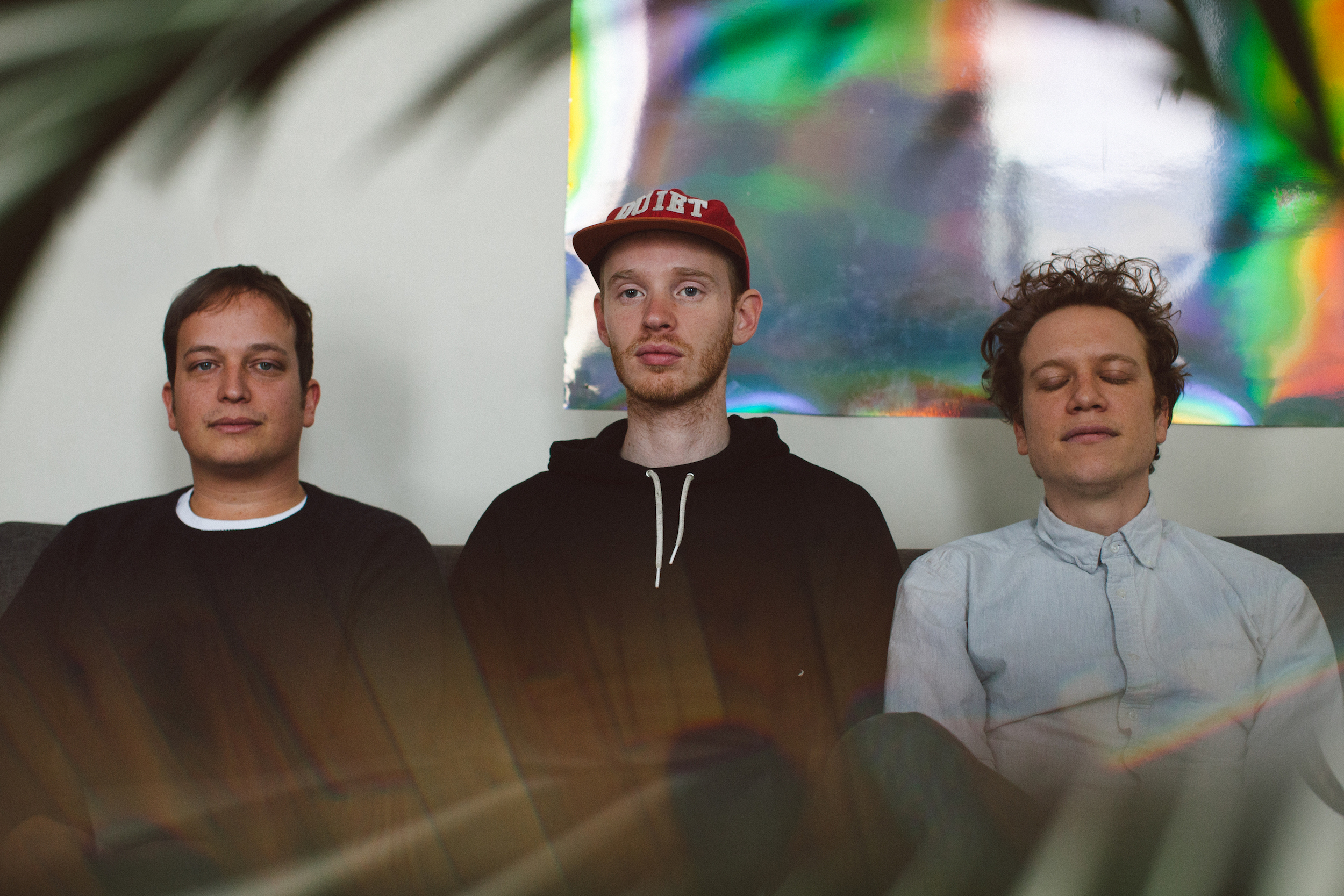 But seriously, all basketball puns aside...
These Brooklyn rippers play their unique blend of post punk (esque)  sonic offerings on Tuesday May 17 @ The Mothlight @ 9:30 pm.  This in support of Parquet Courts' return to Asheville. If you were at their last show here, you know it was in all ways a proper f’ing rock show!

Three psychos that came to be through fate by way of necessity, B Boys offer up to the world their sonic manifesto, No Worry No Mind. A relief from the mania, an expression of duality, an extension of Dadaism.

Born in different times from alternate altered states, these B’s convene on the astral plane, channeling the individual experience and wisdom from their respective points of origin into a singular entity. Abstraction takes a triangular form: vibrant guitar melodies, undulating bass lines, deep swirling grooves. Sounds that transcend a linear timeline, splintering out across multiple spectrums. Interlocking vocals skillfully bob and weave overtop, their mantras resounding. But don’t be fooled, they’re just like anyone else– they put their chinos on one leg at a time.

You’ve got something growing out your neck, my friend. Are you willing to hear its call? Open your Self to the frequencies and let the vibrations illuminate your being.

We caught up with B Boys while on tour en route to Chicago's Beat Kitchen.

Asheville Audiophile: Thanks for chatting. How’s the tour so far? You have been doing straight shows for a bit and are in the middle of the tour, huh?  Anything wild or super weird ?

B Boys: Yeah tour has been great! Every show has been fun.  We just played with some of our best buds in Detroit, so that was awesome. Brendan fell in a hot tub last night, it was sick.

AA: How did y'all meet?  How long have you been playing together before Captured Tracks picked you up?

B Boys: We kind of met through mutual friends. Brendan and I met in college in Texas. And we met the drummer Andrew. But we kind of all know each other from playing in bands and the DIY scene. We have been playing together for about 6 months.  We had around 10 shows before Captured Tracks.

AA: Speaking of Captured Tracks, how has that been?

B Boys: Man it’s been awesome.  They are nothing but supportive and always come to shows. They are all real chill people.They kind of hit us up out of the blue, so far it has been a great experience.

AA: You have been getting coverage from blogs like Brooklyn Vegan and Noisey, but there still is not much info on you guys out there...Knowing a bit about the Dada art movement post WW1 in Europe, what is the connection.

B Boys: It kind of a bit of randomness and absurdity put into our music. The way we think about stuff is to not take it too seriously, while still being able to convey a message. A bunch of random pieces fitting together is a cool way to make art. That is kind of the process in which we work. And dadaism can be changed as easily as it is defined.

AA: So that lead me to my next question: Imagine an alien came to earth and you had to describe your music, not in human terms or genres, or compare to other bands, how would you describe the music to the alien.

B Boys:Andrew is the resident alien of the band so we’ll let him answer…

We would describe the music telepathically. It would be a nod and it was understood. The alien would go into my brain stem, and hear all the music that my brain is chugging out. Also because he was in my brain he could pick out all the references and and influences.

As far as sounds go, that little green booty would be shaking from left to right (laughs).

AA: What are your tour must-haves, or go-to food spots on tour?

B Boys: We are in the Wendy’s drive through right now getting Frosties. We do have vegetable crudite on the rider. Tour can be hard on your body, so we want everyone to eat their vegetables...

That being said, you know where you should be on Tuesday night. Currently the show is sold out, but you will want to badger your friends for that extra ticket they bought. How close are you to that friend?