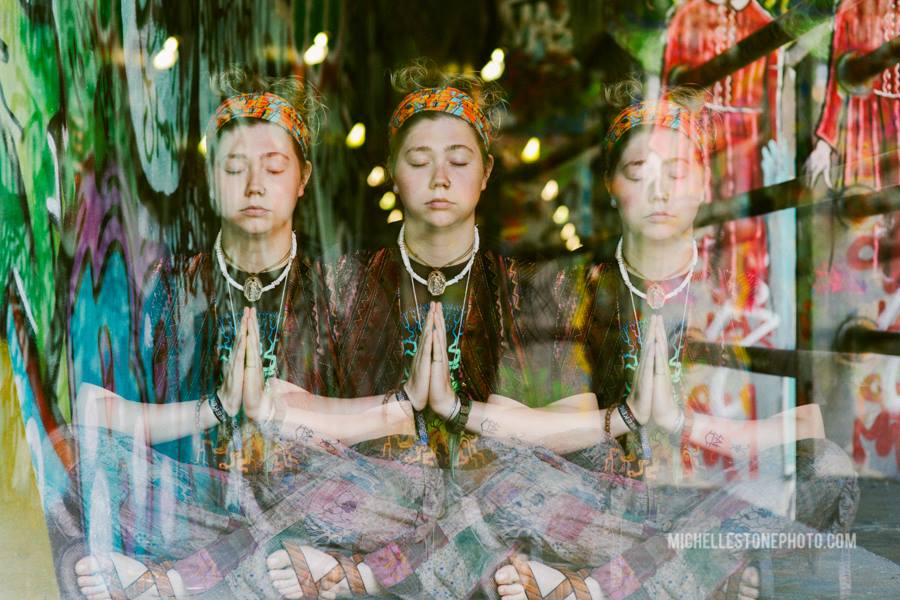 Transcend duality and find “the Lord of the Dance” with dissisoma’s upcoming release Finding Nataraja, dropping this Wednesday -- just one day before she comes to New Mountain AVL to support Bluetech and Push/Pull.

“The name of the album is Finding Nataraja, ‘Nataraja’ being Shiva in dance form,” said Atlanta-based producer Tyler Salas, aka dissisoma, “so basically, Finding the Lord of Dance.”

“This album kind of became a mental challenge for me because of that (notion),” she said. But then she realized, “Dance in itself is a form of therapy, so as long as my music makes people do that, it's transformational in one way or another.”

Her creative breakthrough became a spiritual one when she realized her personal beliefs were deeply reflected by -- even rooted in -- Hinduism. With Finding Nataraja, dissisoma pays homage to the fearless dancer, unmoved by any and all negativity and obstruction from joy.

Nataraja symbolizes "the connection between religion and the arts," encompassing "creation, destruction and all things in between," states James Lochtefeld, author of The Illustrated Encyclopedia of Hinduism, as Shiva is the Supreme being responsible for the creation, protection and transformation of our universe.

“OHm” starts things off with a fresh take on transformational downtempo’s signature Eastern sound design, combined with an almost tribal sensibility, sped up and daring the listener to partake in ecstatic dance. With “Empirical Evidence,” Salas introduces a sci-fi-like element to her repertoire, layering sounds, seemingly straight from outerspace, over sitar riffs, transporting us into dissisoma’s spiritual realm.

Here's your exclusive first listen of dissisoma's "OHm"! Dive into the rest of the EP on Wednesday to find Nataraja for yourself.

Like what you hear? Catch her opening up the night for Bluetech and Push/Pull this Thursday. Tickets are $10 in advance.