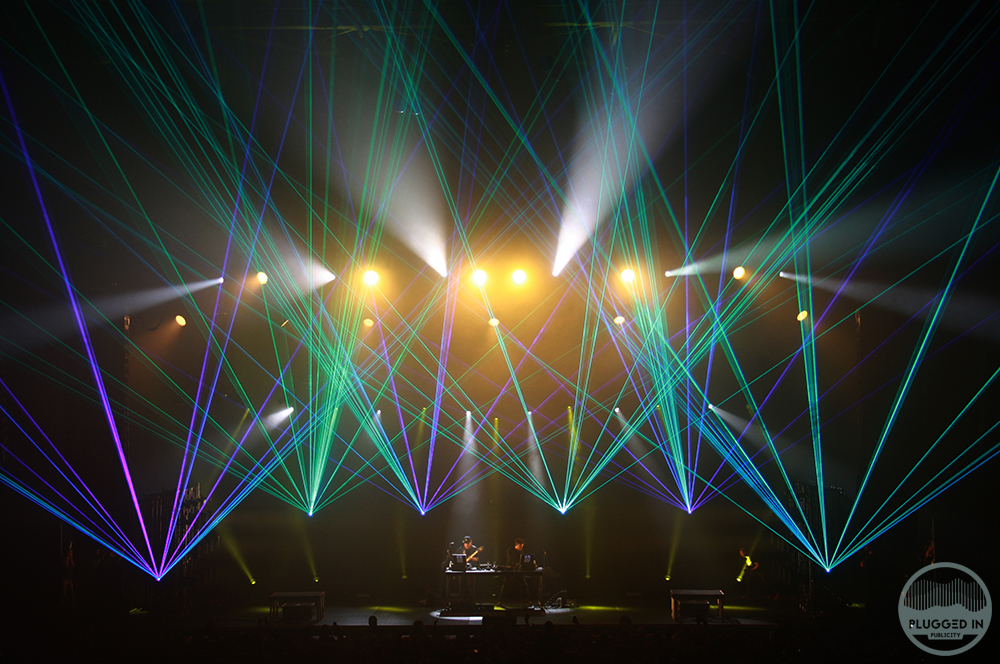 Moogfest may have moved to Durham this year (grr), but Asheville was pretty much on fire when it came to electronic music. The EDM (Electronic Dance Music) scene was particularly lit up, if we do say so ourselves. To remind you of all that bass-thumping, wild 'n' crazy goodness, Auburn Petty, of Plugged In Publicity, has created a list of the very best of the best in 2016 Asheville EDM. Read on, and then have your own dance party.

Kicking things off at number five is Toulouse, France, native CloZee. The young female producer brought her tribal world bass sound to Asheville Music Hall, thanks to SoGnar Presents, alongside BomBassic, Hyperbolic Headspace and WiZ0. Her fusion of trip-hop and jungle trap entranced and inspired the whole crowd to dance like maniacs all night long.

Falling on the lighter side of the electronic music spectrum, Emancipator Ensemble graced the stage at New Mountain AVL’s outdoor amphitheater over the summer with a show-stopping performance. Marvel Years and Asheville’s own Marley Carroll opened up the night, and made way for Emancipator’s lilting strings and danceable bass.

This funky duo headlined two shows in Asheville in 2016, but this one takes the cake. Manic Focus absolutely blew us away at Asheville Music Hall, with support from Marvel Years, Live Animals and illanthropy. The night was incredible from start to finish, taking us on a ride from weird bass, to future club, to some of the funkiest bass music I’ve ever heard.

Electro-funk master GRiZ capped off 2016 in the best way possible -- with The Get Down. This NYE celebration took over the ExploreAsheville.com Arena, sold more than 6,500 tickets and boasted a lineup of GRiZ (performing with Muzzy Bearr on live guitar), G Jones, Papadosio and Freddy Todd. Between the live guitar, his sultry alto sax, and impeccable production, GRiZ absolutely takes the cake for the number one EDM event in our city last year.

Which EDM shows did you love the most, Ashevillians?