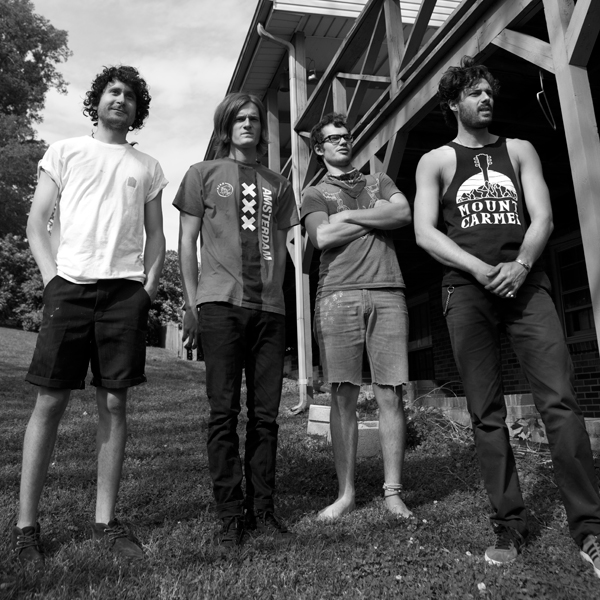 All Them Witches will headline Asheville  Music Hall, April 24.

The final days of April are here and we can't believe it. So if you're one of the few who didn't score a ticket to MerleFest, have no fear, we've got you covered. In true fashion, we've rounded up some of the best concerts and events Asheville has to offer. So let you hair down and get a little weird, it's the weekend!

It's the weekend New Mountain has been planning for months, the official launch of their outdoor amphitheater. The Black Lips w/ Gringo Star, The Tills and The Shine Brothers will be opening the weekend with performances Friday night. RJD2 w/ Slow Magic willl be playing Saturday night and to round out the weekend, Snarky Puppy will headline Sunday's show. Tickets are not sold out, but are going fast, so be sure to grab one while you can.

Natives to Nashville, this psych punk rock band is returning to Asheville for one night. With a heavy emphasis on drums and intense beats, the music will be loud and the afterparty hosted by Offical Black Lips, will be even louder.

Paying homage to the pioneers of early 20th Century Jazz, including that of Dixieland and New Orleans, the Firecracker Jazz Band carries the torch into 21st century.  With renditions on classical jazz and some tunes of their own, these Asheville boys are all grown up and ready to put on a show.

Yoga in the Park

Spring cleaning isn't just for your closet, your mind and body need an overhaul from winter too. So grab a friend and your mat and join SheJumps for a morning of yoga bliss. All ladies attending will recieve an Eco Lips balm.

Asheville Aerial Arts will put on a high flying spectacle as professional and novice aerialists show their best moves and hopefully inspire others to join in. From silks to hoops, founder of Ashveille Aerial Arts, Christine Aiken says the finale is a showstopper you won't want to miss.